The last 10 teenagers signed by Arsenal – & how they’ve fared 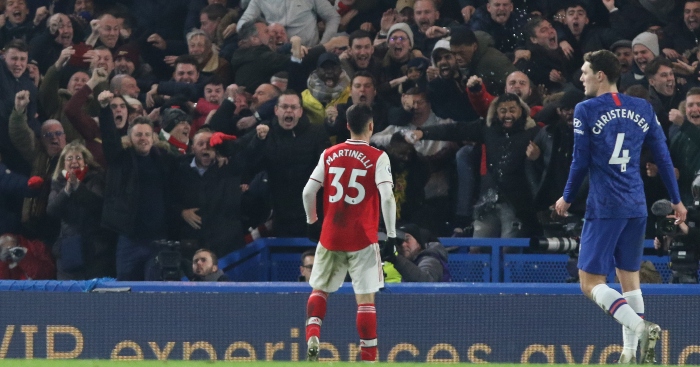 Arsenal have a well-known reputation for entrusting young talent, established from the days of Arsene Wenger.

Wenger helped develop the likes of Nicolas Anelka and Cesc Fabregas into world-class stars, while Gabriel Martinelli and Bukayo Saka’s impact last season shows that the tradition has endured.

We’ve collected the last 10 teenagers Arsenal have bought – excluding academy signings – to look back on how they fared at the Emirates.

Standing at 6ft 4in, there are plenty at Arsenal who have high hopes for the prospects of Sailba.

Signed in the summer of 2019, Arsenal allowed Saliba to return to St Etienne on loan last season to further his development.

Injuries and the cancellation of the French league post-COVID thwarted the centre-back’s development and another loan move was explored for the season, but the paperwork was not completed on time.

According to The Athletic’s David Ornstein, the 19-year-old is not yet ready for selection as he continues to adjust to life on and off the pitch in north London, but he could be in the first-team picture over the second half of the season.

Close your eyes and you can see Martinelli’s goal at Stamford Bridge in January 2020, either the most overrated goal in years or the coming-of-age moment of a generational talent.

The young Brazilian striker was purchased from Ituano in 2019 and enjoyed a remarkable breakthrough season, scoring 10 goals in 26 appearances at the Emirates before an untimely injury.

Arsenal fans are very excited about Martinelli for a reason. This boy should go far.

Throwback to this goal by Martinelli against Chelsea, Its a shame people seem to have forgotten about it 👍 pic.twitter.com/5kJnMpM5tX

Equal parts hair and teenage angst, Guendouzi made an impressive impact during his first two seasons with Arsenal, where his bite in midfield stood out.

However, things have turned sour since Mikel Arteta became manager. After a falling out following a defeat at Brighton, where Guendouzi dropped his entire collection of marbles, the youngster has fallen out of favour and was loaned out to Hertha Berlin for the 2020-21 season.

In early 2015, Arsenal paid Legia Warsaw a reported £2.4million for the services of Bielik.

Capable of playing at centre-back and in defensive midfield, the Poland international struggled to establish himself at Arsenal and ultimately only made two League Cup appearances.

Loan spells at Birmingham, Walsall and Charlton followed and Bielik made a permanent switch to Derby County in 2019.

After developing a promising reputation at Southampton, Chambers moved to Arsenal in 2014 for the eye-watering fee of £20million.

Things have not developed as expected since, as injury problems and inconsistencies have hampered Chambers’ progress at the Emirates.

Loan spells at Middlesbrough and Fulham both ended in Premier League relegation. Consequently, he has fallen away at club and international level.

Frustratingly, Chambers was injured last season just as his performances at Arsenal hinted at his earlier potential. 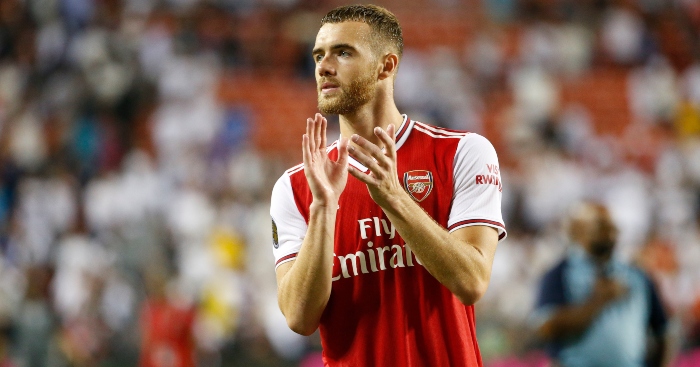 READ: Calum Chambers and a volleyed assist we should remember forever

The good? Oxlade-Chamberlain has won both the Premier League and Champions League in recent years.

The bad? He won those honours playing for Liverpool.

Remarkably, Jenkinson was on Arsenal’s books as recently as last year.

Signed to a long-term deal in the expectation he would form part of Arsenal’s homegrown core, the defender instead experienced injury problems and loan spells with dwindling success.

He now plays for Championship side Nottingham Forest.

Campell is another player who became the footballing equivalent of the tin of peaches in your kitchen cupboard.

In fairness, the striker was obviously talented. His performances for Costa Rica during the 2014 World Cup demonstrated exactly this.

After scoring four goals in 40 appearances for Arsenal, Campbell now turns out for Leon in the Mexican League.

No league appearances, no league goals. Currently back in Brazil with Fluminese, which seems like the best thing for all parties.

“We’re delighted that Ryo Miyaichi has joined us,” Arsene Wenger said in 2010. “He trialled with us in the summer and has raw ability which has attracted many clubs around the world”.

Miyaichi only made seven appearances for Arsenal, and his only goal in English football was during a loan spell at Bolton.

After time with Twente in Holland, Miyaichi has been at cult German club St Pauli since 2015, only for serious injuries to scupper his progress.

Where are they now? Arsenal’s first 11 academy graduates under Wenger