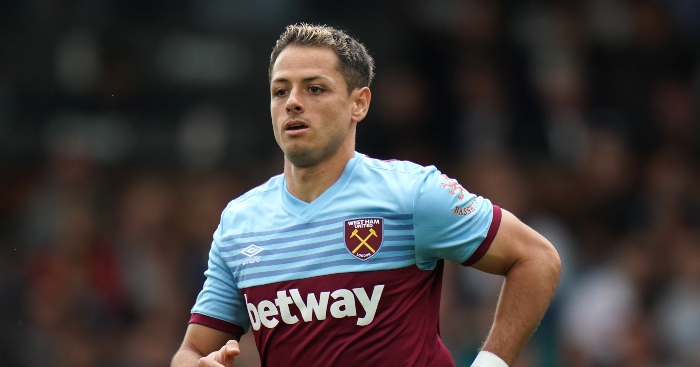 West Ham United have had a significant turnover of players since returning to the Premier League in 2012, and it hasn’t always served them well.

The Hammers finished seventh in the 2015-16 season, the first (and only) time they ended a campaign with a positive goal difference, but the years since have seen them end up 11th, 13th and 10th after flirting with relegation to various degrees.

This season, after a fast start, a run of one point from five games has seen Manuel Pellegrini’s side slip to 16th. Could the failure to adequately replace players have something to do with that? Here’s what’s happened with the 11 who’ve left for £5million or more since the summer of 2017.

The Arnautović transfer saga eventually drew to a close over the summer as the Austrian completed a £22.5million move to Shanghai SIPG.

His goals were always going to be tough to replace, but big-money arrival Sébastien Haller hasn’t had the worst of starts.

The Frenchman has scored four goals in his first 12 games this season, just one fewer than his predecessor at the same point in the 2018-19 season.

Obiang was growing unsatisfied with his lack of game-time at the London Stadium, and eventually returned to Serie A over the summer, joining Sassuolo for around £7million.

Jack Wilshere and Carlos Sánchez might have been expected to pick up some of the slack, but neither has started a league game since August.

The Mexican striker was farmed off to Sevilla in the summer for £7million, shortly after fellow forward Lucas Pérez was shown the door.

Having scored eight times last season and once this, he was a useful fringe player but clearly wanted to move to a club where he’d have more chance of playing in a set-up which suited his game.

Albian Ajeti arrived from Basel over the summer, with Pellegrini expecting him to fulfil the role of able deputy and solid option from the bench, but the Swiss international is still waiting for his first West Ham goal.

Fernandes was West Ham’s forgotten man long before he left, having spent last season on loan at Fiorentina, but the Swiss midfielder impressed enough in Serie A that some felt he deserved a fresh start.

Instead, though, he went to Mainz in the Bundesliga, leaving Manuel Lanzini and Arthur Masuaku as the only survivors from the 13 who joined in the summer of 2016.

Pablo Fornals was seen as an upgrade on Fernandes, even if his preferred position isn’t exactly the same, but the Spaniard has struggled for form since his big-money summer move.

A reliable midfield option since arriving in Sam Allardyce’s final season, Kouyaté’s form had dipped before he joined Crystal Palace in 2018.

The Senegal regular has slotted in well at Selhurst Park, and will soon play his 50th game in a Palace shirt, but it rarely felt like West Ham missed him last season.

That’s because Declan Rice acted as his de facto replacement, stepping into midfield after occasional games in a back three under David Moyes. As mentioned, though, Obiang’s exit has meant the England international has had to do even more this year.

Ayew never really had the chance to settle after suffering a thigh injury on his debut, but West Ham at least got their £20million back for the then-record signing when he returned to Swansea in January 2018.

The Ghanaian was initially replaced by João Mario, who joined on loan from Inter that same window, before the more like-for-like replacement Andriy Yarmolenko arrived a few months later.

After some injury struggles last season, the Ukrainian has begun to show his quality.

West Ham did well to get £9million for Sakho, who was reliable in front of goal in his first season but struggled for fitness in his last few years in East London.

The Senegal striker left in the same window as Ayew, joining Rennes, and hasn’t shown enough to make West Ham regret their decision.

Jordan Hugill arrived around the same time as Sakho’s departure but has done even less – the former Preston man has been scoring on loan at QPR but is yet to find the net in a West Ham shirt.

Veteran defender Fonte moved to the Chinese Super League for £5million, still a record for any 34-year-old, in January 2018.

The Euro 2016 winner left Dalian Yifang a few months later, though, moving to Lille and helping the French club qualify for the 2019-20 Champions League.

West Ham responded by signing Issa Diop and Fabián Balbuena in the summer of 2018, and the pair enjoyed strong debut seasons but haven’t been quite as convincing this time around.

Nordtveit disappointed in his first West Ham season, most notably giving away a late penalty in a dramatic defeat to Spurs, and joined Hoffenheim after just one season.

He’s still on the books of the German club, having underwhelmed on loan at Fulham last season, and came off the bench in the shock win at Bayern Munich.

West Ham didn’t really replace the Norwegian, leading to the sight of Pablo Zabaleta in a holding midfield role on a surprising number of occasions.

Getting £5million for a back-up goalkeeper was seen as pretty good business when the Irishman left for Middlesbrough after 28 league games across two seasons in London.

However, he has grown into one of the Championship’s best stoppers, marshalling the joint-best defence in the division last season and earning a spot in the PFA Team of the Year.

Things look even worse when you look at West Ham’s signing of Joe Hart on loan that same summer, and the disappointing form of Roberto after stepping in for Łukasz Fabianski.

The second man to join Boro in 2017 wasn’t quite as successful, though he’s also still at the Teesside club.

Fletcher moved north for £6.5million after just one goal in 20 West Ham games, and he’s still waiting on his first double-figure campaign in the second tier.

Chicharito, who joined in the same window that Fletcher left, can certainly consider himself an upgrade, albeit not a cheap one.