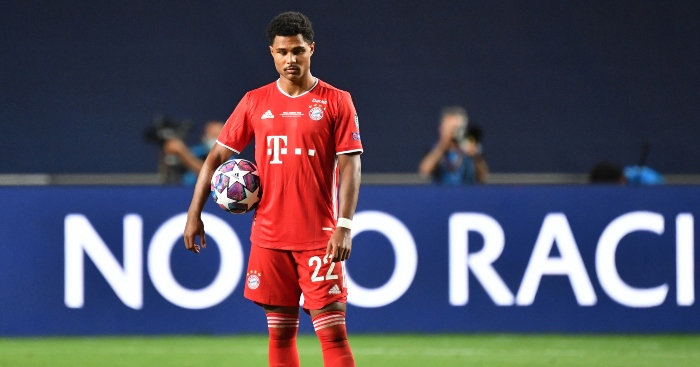 Arsenal may have won four FA Cups over the past six years, but plenty of players have still managed to lift silverware despite leaving the club.

The likes of Robin van Persie, Cesc Fabregas and Samir Nasri all enjoyed greater success in terms of trophies after leaving the north London side, but generally it was the case through the Arsene Wenger years that players enjoyed their best years with the Gunners.

But here are 11 players that have left Arsenal since 2015 and gone on to win a trophy elsewhere.

Ospina joined Napoli on a permanent deal in 2019 and made a number of crucial saves in the Coppa Italia semi-final victory over Inter Milan.

The goalkeeper was suspended for the final against Juventus and watched from the sidelines as Gennaro Gattuso’s side won 4-2 on penalties, but it’s still on his list of honours.

After 11 years at Arsenal, Ramsey bid an emotional farewell to the club and signed for Juventus on a free transfer in 2019.

The midfielder won the Serie A title in his debut season in Italy but only had a bit-part role under Maurizio Sarri, making just 11 league starts in 2019-20.

Akpom excelled in Arsenal’s youth teams but was never able to replicate that form with the first team.

The striker joined PAOK Salonika in 2018 and helped the Greek side win their first Super League title since 1985 after they went unbeaten in 2018-19.

He also scored an overhead kick to beat AEK Athens in the 2019 Greek Cup final.

#arsenal #PAOK
Chuba akpom what a goal, gives the Double to PAOK pic.twitter.com/dyyMC9qDZ9

Giroud won three FA Cups during his five-and-a-half years at Arsenal and lifted the trophy for a fourth time just five months after joining Chelsea in January 2018.

The striker then came back to haunt his former club in the 2019 Europa League final, scoring the opening goal as the Blues ran out 4-1 winners.

Coquelin failed to hold down a place in Arsenal’s starting line-up and eventually left north London in January 2018, joining Valencia for £12million.

The 29-year-old played a key role in their Copa del Rey final victory against Barcelona in 2019 and even managed to get the better of Lionel Messi.

Paulista struggled for game time ahead of Laurent Koscielny and Per Mertesacker and moved to Valencia in the summer of 2017.

The centre-back became a regular at the Mestalla and played the full 90 minutes in their Copa del Rey final victory against Barcelona.

Oxlade-Chamberlain’s Arsenal career had stalled by 2017 and so the midfielder forced through a £35million move to Liverpool.

Despite missing the 2018-19 Champions League campaign through a serious knee injury, he still picked up a winner’s medal after Jurgen Klopp’s side beat Tottenham in the final.

He returned to full fitness in 2019-20 and made up for lost time, helping the Reds win the UEFA Super Cup, FIFA Club World Cup  and, of course, the Premier League.

Oxlade-Chamberlain is not the first player to leave Arsenal and win the Premier League title 👀 pic.twitter.com/PdGryifTL6

Szczesny made some high profile mistakes at Arsenal and completed a permanent move to Juventus in 2017 after falling behind Petr Cech in the pecking order.

The goalkeeper has rebuilt his reputation in Italy, replacing Gianluigi Buffon as the club’s No.1 and winning three consecutive Serie A titles.

He’s also lifted the Coppa Italia and the Supercoppa Italiana for the Bianconeri.

After infamously struggling on loan at West Brom from Arsenal, Gnabry rediscovered his best form at Werder Bremen before joining Bayern Munich.

The winger has been an integral part of their recent success, winning two Bundesliga titles, two DFB-Pokals and the Champions League over the past two years.

It was good, but was it Serge Gnabry 🆚 Lyon good? pic.twitter.com/0EqGDb0D4n

Podolski fell out of favour at Arsenal after the arrival of Alexis Sanchez and made a permanent move to Galatasaray in 2015.

The Germany international won the Turkish Super Cup on his debut for the club and also scored the winning goal against Fenerbahce in the Turkish Cup.

He won another Turkish Super Cup before joining Vissel Kobe in 2017 and helped the Japanese side win the 2019 Emperor’s Cup, their first major trophy.

Ajayi failed to make a senior appearance for Arsenal and was released by the club in 2015 before joining Cardiff City on a free transfer.

The defender then moved to Rotherham United in 2017 and helped the club gain promotion to the Championship after beating Shrewsbury Town in the play-off final at Wembley. It counts, alright, it definitely counts.