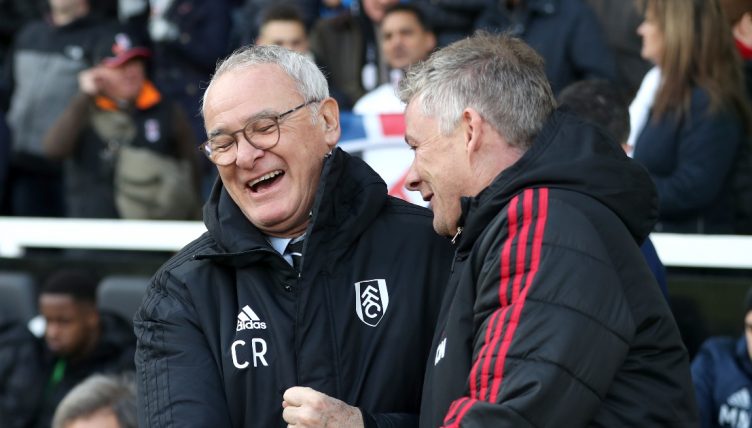 The first new managerial appointment of the 2021-22 Premier League season has been made, with Watford ditching Xisco Munoz in favour of the experienced Claudio Ranieri.

The Hornets are no strangers to the mid-season switch and have used it to good effect in the past – not least with Munoz himself getting the club promoted after arriving in December.

Throughout Premier League history, the idea of the ‘new manager bounce’ has been floated whenever such a change is made, suggesting there can be an immediate uptick from a change of personnel in the dugout, but do the numbers bear this out?

We’ve looked back at the last 14 men to join a Premier League club midway through a season, to see how they got on in their first three games in charge. Why 14? That takes us back to Ranieri’s last time in the division when he joined Fulham in 2018.

For clarity’s sake, we’ve left out any interim appointments unless they went on to take the job on a permanent basis – sorry, Ryan Mason et al – and here’s what we found…

There’s no doubt that Tuchel’s appointment was a success last season, given Chelsea’s Champions League success, but it didn’t start too badly either.

After easing in with a goalless draw at Wolves, victories over Burnley and Tottenham followed, also without the concession of a goal. It also seems fitting that Cesar Azpilicueta scored the first goal of the new era, given his importance to the side under Tuchel.

A few eyebrows were raised when Slaven Bilic lost his job despite a draw at Manchester City, and Allardyce failed to get off to the perfect start when his 10-man Baggies were beaten 3-0 by Aston Villa.

While a draw at Anfield in game number two was far more positive, the match after that was a 5-0 hammering at home to Leeds United and the new man won just one of his first 12 league games in charge.

Moyes’ second stint in charge of West Ham began as quickly as it’s possible for a managerial spell to begin, with a 4-0 win over Bournemouth – a first home win in seven – heralding what some thought was a new dawn.

Not so fast, though. The next two games brought defeat at Sheffield United and a home draw with Everton, and the Hammers ended up leaving it late to secure their top-flight safety.

Moyes’ arrival at West Ham came barely a week after Ancelotti replaced Marco Silva at Goodison Park, and the Italian’s first game in the dugout came after a goalless draw with Arsenal overseen by caretaker boss Duncan Ferguson while Ancelotti watched from the director’s box.

The first two ‘proper’ Ancelotti games were victories over Burnley and Newcastle before a defeat at Manchester City on New Year’s Day 2020.

Like Ancelotti, Arteta’s first game came in that draw on Merseyside, though his first in the dugout brought a 1-1 draw away to Bournemouth.

Defeat to Chelsea in game two was accompanied by a serious injury to Calum Chambers, but Arteta got his first win in game number three thanks to goals from Nicolas Pepe and Sokratis against Manchester United.

Nicolas Pépé gives Mikel Arteta's side the perfect start after a fine move down the left! 🔴#BTAllDayer pic.twitter.com/NGMBfR8Jhq

Watford had won just one league game all season when Pearson arrived in December 2020, and he doubled that within his first three games.

A goalless draw with Crystal Palace didn’t give much away, and nor did a loss at a Liverpool side with a 100% record at Anfield at that point in the season, but victory over Manchester United helped kickstart a run which was almost enough to bring unlikely survival.

Not only did Mourinho begin his Tottenham stint with back-to-back wins, but he did so with high-scoring games which felt like a far cry from the reputation he cultivated elsewhere.

West Ham and Bournemouth were both beaten by a 3-2 scoreline, before a Marcus Rashford double for Manchester United denied the Spurs boss a perfect start.

After Javi Gracia presided over a winless start to the 2019-20 campaign, Sanchez Flores returned to Vicarage Road for a second stint and began with a comeback draw against Arsenal in which his team registered a massive 30 shots on goal.

The initial optimism soon dissipated, though, with Manchester City putting eight past Watford in the very next game and Wolves beating them 2-0 the following week. Sanchez Flores was gone within three months of his arrival.

"If you play Manchester City and add mistakes, it's very dangerous, but we will learn a lot."

One of two interim appointments in the 2018-19 season who ended up in permanent charge, Parker took over with Fulham 10 points from safety with 10 games to play, and all but relegated.

With that in mind, the opening defeats to Chelsea, Leicester City and Liverpool mattered less than the performances, and Parker led the Cottagers back to the top flight at the first attempt after taking over permanently.

Speaking of three straight defeats, that’s the run of results that eventually saw Claude Puel dismissed by Leicester, with Rodgers taking his place in February 2019 and beginning with a 2-1 victory over Brighton.

Rodgers’ side were handed a late defeat by Watford the following week, but he continued his perfect home start when a Jamie Vardy double helped break the resistance of Parker’s Fulham.

Siewert’s spell was one of the more forgettable stints in recent Premier League history: Huddersfield’s relegation went from a likelihood under David Wagner to a certainty under his successor.

It took Siewert’s Terriers less than five minutes to concede their first goal, and the only goal they scored in his first three games in charge was a 93rd-minute consolation against Arsenal. A 2-0 loss at Newcastle rounded things off, one of 11 in his 14 games in charge that season.

If you look up ‘new manager bounce’ in a dictionary, you might get a reference to Solskjaer’s sensational start at United.

The fixture list helped, with Cardiff City, Huddersfield Town and Bournemouth in the first three league games of his initially temporary tenure, but you can’t argue with three wins and 12 goals scored across the trio of matches.

But we've got one more gift for you — it's every angle of @AnthonyMartial's stunning goal v Cardiff! pic.twitter.com/FMKsecIiRq

United’s December 2018 draw with Southampton was followed by both Jose Mourinho and Mark Hughes leaving their posts within the month, and Hasenhuttl – like Solskjaer – did what was required of him in that first half-season.

It didn’t begin perfectly, with Cardiff beating Hasenhuttl’s Saints in his first game, but victories over Arsenal and Huddersfield took them out of the bottom three and they mostly stayed above the drop zone for the rest of the campaign.

And so we come full-circle. Ranieri arrived in west London in November 2018 with Fulham bottom of the league and four points from the first three games gave cause for optimism, but it didn’t last.

Southampton were beaten 3-2 in the first of those games, with Aleksandar Mitrovic scoring twice, before meetings with Ranieri’s former clubs brought a defeat at Chelsea and a draw at home to Leicester. It was the results after that which did for the Italian, though, with just two more wins following before his February dismissal.