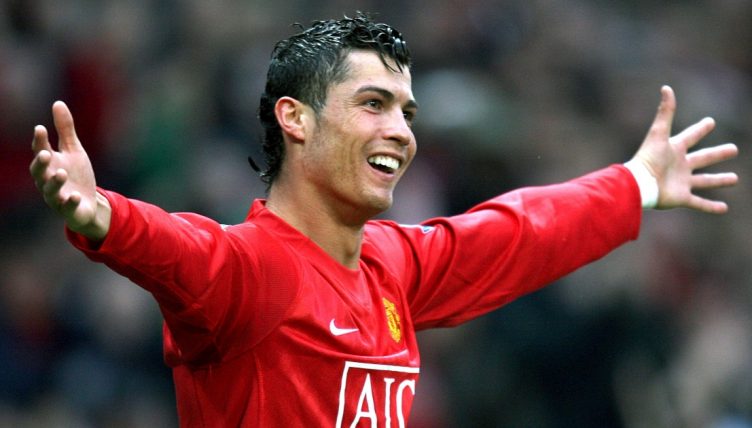 Cristiano Ronaldo’s form since re-signing for Manchester United has seen him awarded the Premier League Player of the Month award for September 2021.

Ronaldo scored three goals during the month – two against Newcastle and one at West Ham – and has generated huge excitement at Old Trafford just through his presence alone.

We’ve looked back at the previous four occasions when Ronaldo was named Premier League Player of the Month.

Ronaldo’s last monthly award in England came back in March 2008 as United chased both the Premier League and Champions League crowns.

The Portugal international scored the only goal in a win at Derby and followed that with two against Bolton and a strike in a 3-0 thumping of Liverpool.

Ronaldo was already having a stupendous month by the time Aston Villa arrived at Old Trafford but this famous backheel sealed his well-deserved gong.

Sir Alex Ferguson won the Manager of the Month award in March after having also done so in January – alongside one of the four ‘world-class’ players he managed at United.

Ronaldo scored six times in the first month of 2008, including four at home to Newcastle and that free-kick at Portsmouth, as his side won all their league matches without conceding.

Ronaldo became only the third player to win the Player of the Month Award twice in a row – after Dennis Bergkamp in 1997 and Robbie Fowler in 1995-6.

The reason he did so was down to seven goals in six matches at the back-end of 2006. United were putting together their first proper title charge in four seasons and Ronaldo was enjoying the best year of his career to date.

He scored in the Manchester derby before saving his goal streak until the busy Christmas period where, over seven festive days, Ronaldo helped himself to six goals.

He may have only scored twice in November 2006, but Ronaldo’s performances were enough to land him his first Player of the Month award.

In fairness, they were two stupendous strikes. After netting a free-kick against Portsmouth (practising for his defining effort the following season), the young winger netted a terrific long-range howitzer in a 3-0 win over Everton.

Ronaldo may have gone on to collect individual honours like a professional hoarder but you never, truly, forget your first.