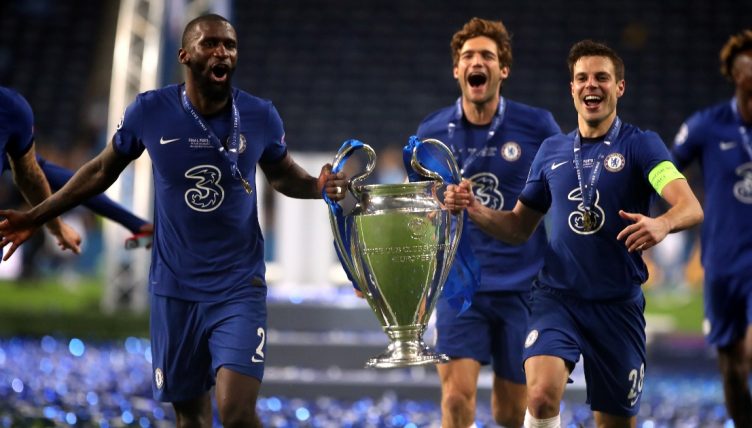 As with their 2012 triumph, the Blues won the trophy against the odds, after questionable form in the first half of the campaign and a managerial change midway through. But what does the trophy win say about where the club can go from here?

Here are the last five Champions League-winning clubs from the Premier League, and what happened next for each of them.

After that Mohamed Salah injury and those Loris Karius howlers in the 2018 final against Real Madrid, Liverpool came back much improved the following year, pushing Manchester City all the way in the Premier League title race and finishing runners-up in spite of registering a club record 97 points.

When they lost 3-0 away to Barcelona in the 2018-19 Champions League semi-final, it looked like Jurgen Klopp’s side would agonisingly go trophyless again. But an iconic four-goal second-leg comeback booked another final against Tottenham, and an anticlimactically routine 2-0 victory at the Wanda Metropolitano in Madrid.

The 2019-20 season again saw them come back with a fire in their belly, and they emphatically sealed a first league title in 30 years by bettering the previous year’s tally, hitting 99 points, 18 ahead of runners-up City. But they failed to retain the Champions League with a disappointing defeat to Atletico Madrid in the Round of 16.

⚽ Divock Origi vs. Tottenham Hotspur, 1st June 2019@CaoimheSport: “Emotionally I’m not sure Origi’s hit can ever be topped.

“It wasn’t a great goal but it was a truly memorable and magical moment.” #LFC #UCL pic.twitter.com/yOqhUUFQGK

At the halfway point of the 2011-12 campaign, Chelsea were headed for one of their most disappointing campaigns. After the sacking of Andre Villas-Boas in March, however, it turned into their best. Roberto Di Matteo took the reins as interim manager in March following a 3-1 defeat to Napoli in the first leg of their Champions League last-16 clash.

After winning the second leg 4-1, victories against Benfica and Barcelona took Chelsea to the final. Di Matteo was forced to field a makeshift starting XI against Bayern Munich in the final in the German’s own backyard with the likes of John Terry, Ramires and Branislav Ivanovic all missing.

Didier Drogba was there, however, and his late equaliser and winning penalty ensured the Blues would lift their first-ever Champions League.

Di Matteo was offered a permanent deal in the aftermath, signing a two-year deal in June, but he would not come close to seeing that out. He was sacked in November following a 3-0 defeat to Juventus, with Rafa Benitez brought in temporarily on the same day.

Chelsea would claim another trophy come May, however, beating Benfica to lift the Europa League, having dropped into the competition following their shock group-stage elimination in the Champions League. Benitez also led them to 3rd in the table, but was replaced by returning hero Jose Mourinho.

All-English affairs may have become commonplace in recent seasons, but the first only took place in 2008 when Manchester United clashed with Avram Grant’s Chelsea in rainy Moscow.

Having fallen behind Arsenal’s Invincibles and Mourinho’s first Chelsea in the mid-noughties, Sir Alex Ferguson’s side came roaring back by assembling arguably the greatest squad in their history, with Nemanja Vidic alongside Rio Ferdinand at the back and Carlos Tevez, Wayne Rooney and Cristiano Ronaldo as a fearsome front three.

The European glory – won on penalties after an entertaining 1-1 draw in the Russian capital – came in the middle of three Premier League titles in a row, while they were denied another potential treble by an unlikely 1-0 defeat to Portsmouth in the FA Cup.

The following season they comfortably retained the title, registering a 90-point tally they’ve only bettered once (1999-00), won the Community Shield, Club World Cup and League Cup, but were denied a second successive Champions League by Pep Guardiola’s treble-winning Barcelona.

UEFA needed to tweak their rules to allow Benitez’s Liverpool, who had finished fifth behind Merseyside rivals Everton, to enter the 2005-06 Champions League after their legendary comeback victory in Istanbul.

The Reds may have shown a mixture of guts and steel to come back from three goals behind to beat AC Milan on penalties, but they were a long way off the finished article, having finished 37 points behind Mourinho’s Chelsea in 2004-05.

Istanbul hero Steven Gerrard was said to have sealed a move to the Premier League champions before a last-second change of heart, and went on to make over 700 appearances for his boyhood club, remaining at Anfield until 2015 before he saw out his final year at LA Galaxy.

There were more heroics from Gerrard in the 2006 FA Cup final, while Benitez oversaw steady improvement. They went on a 10-match and nine-match winning run in the 2005-06 Premier League campaign, but still finished third and nine points behind Mourinho’s peak Chelsea, while they exited the Champions League with an underwhelming Round Of 16 defeat to Benfica. 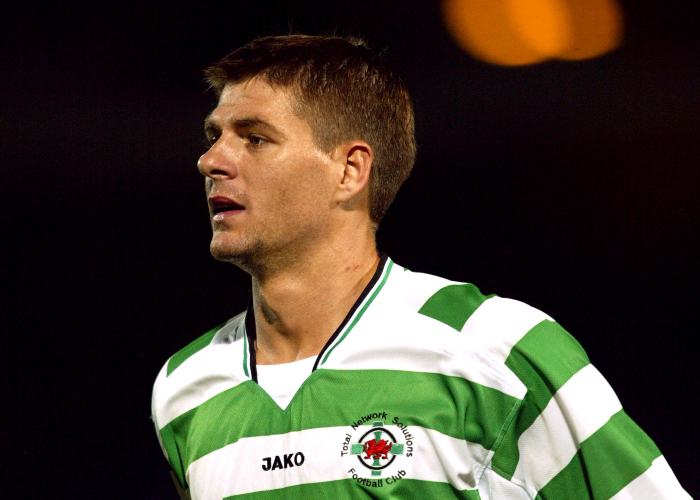 As with their later 2008 triumph, United’s iconic 1999 Champions League victory came from a particularly strong Ferguson side enjoying a period of domestic dominance.

Solskjaer’s dramatic winner capped off an unforgettable treble, and they went on to retain the league title in each of the next two seasons, making it five in six and seven of the first nine in the Premier League era.

While they hit a club-record 91 points in 1999-00, and won the Intercontinental Cup, silverware was a little scanter than the year before. They controversially withdrew from the FA Cup, lost in the Champions League quarter-final to eventual champions Real Madrid, exited the League Cup early with a 3-0 defeat to Aston Villa, and even lost in the UEFA Super Cup against Lazio.