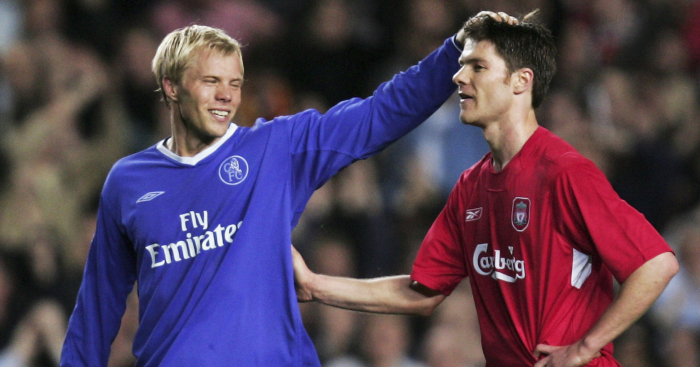 Liverpool will go into the second leg of their Champions League round of 16 clash with Bayern Munich with the tie finely poised after a 0-0 draw in the first leg.

The Reds know one goal at the Allianz Arena will give them a superb chance of qualifying for the quarter-final, especially with Virgil van Dijk to return in defence.

We’ve taken a look back at the last five times Liverpool have drawn the first leg of a European knockout tie 0-0 to see how they fared in the second leg.

The most recent example came in the Europa League as Liverpool were held to a stalemate at Augsburg in their last 32 tie.

After a largely uneventful game – with former Sunderland flop Ji Dong-won coming closest to scoring by hitting the post for the hosts – Jurgen Klopp expressed his disappointment, saying: “I have to be patient, but I’m not a patient man, not really.”

What happened next: Liverpool scraped into the next round as a fifth-minute James Milner penalty was enough to secure a 1-0 win at Anfield, and they went on to finish as beaten finalists after impressive victories over Manchester United, Borussia Dortmund and Villarreal.

Coming only a month after Kenny Dalglish was reappointed Liverpool manager, neither side offered much threat, with Sparta playing in their first match following a three-month winter break.

With Steven Gerrard and Luis Suarez unavailable, David N’Gog toiled away as the lone striker, stifled by former West Ham centre-back Tomas Repka, who was somehow still playing professional football at the time.

What happened next: Liverpool again returned to Anfield to secure a 1-0 win, secured by a late Dirk Kuyt header. But they crashed out in the following round in a disappointing 1-0 defeat to Braga.

Liverpool were developing one of the fiercest rivalries of the 2000s with Chelsea at a time when Rafa Benitez and Jose Mourinho frequently locked horns, and the first leg was a typically cagey affair at Stamford Bridge.

Didier Drogba and Frank Lampard both had chances for the Blues, while John Arne Riise and Milan Baros failed to snatch an away goal.

“It’s dangerous for them,” Mourinho insisted afterwards. “They play at home and 99.9% of Liverpool fans will be thinking they are in the final, but they aren’t and it will be difficult for them.”

Gerard Houllier’s side did an excellent job of stunting a Barcelona attack featuring Marc Overmars, Rivaldo and Patrick Kluivert to escape from the Nou Camp with a 0-0 draw in the UEFA Cup semi-finals.

The result meant Liverpool remained unbeaten away from home in the competition.

What happened next: Barcelona were beaten 1-0 at Anfield courtesy of a Gary McAllister penalty converted just before half-time, which he celebrated by screaming into the face of Carles Puyol.

“There was a bit of shenanigans before the penalty,” McAllister later told Graham Hunter’s Big Interview podcast. “Puyol was ranting in Spanish, and although I couldn’t understand it, it was clearly not nice what he was saying.

“When I scored, my first instinct was to look for him and swing a clenched fist at him.”

And Liverpool followed up that victory by beating Alaves in a 5-4 thriller in the final on their way to a cup Treble. 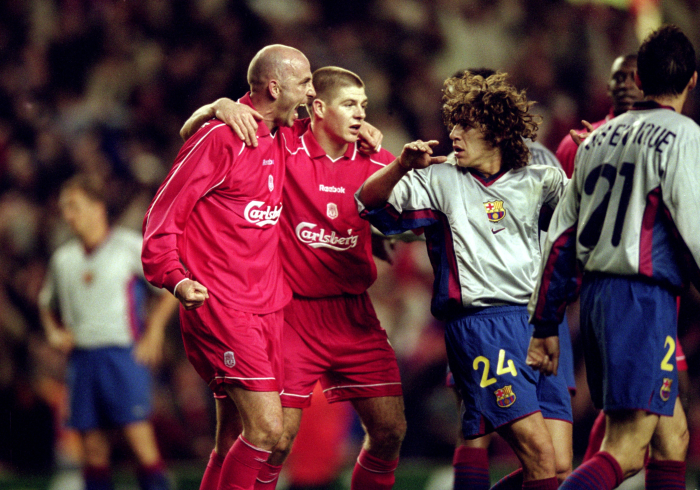 In the round prior to facing Barcelona, Liverpool travelled to Porto in the first leg of the quarter-final to face a side who had not been beaten at home for a year.

The Reds produced another disciplined display to hold the hosts to a 0-0 draw, with Sami Hyypia particularly excellent at centre-back. “It was an outstanding display by our defence,” Houllier gushed afterwards.

What happened next: Unlike the rest of these results, Liverpool went on to win more comfortably, as two goals in four minutes from Danny Murphy and Michael Owen wrapped up a 2-0 win at Anfield.