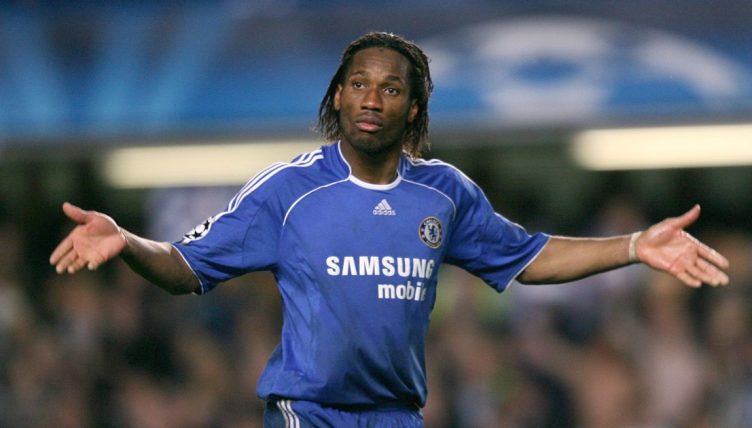 Chelsea‘s 1-1 draw with Real Madrid has left their Champions League semi-final tie in the balance ahead of the second leg at Stamford Bridge.

Christian Pulisic’s away goal – and a superb display from N’Golo Kante – could prove decisive as the Blues look to reach the Champions League final for the first time since 2012.

We’ve looked at the last five times Chelsea have been held to a 1-1 draw in the first leg of a European game to see how they fared in the return fixture.

Chelsea went to Germany for the first leg of their Europa League semi-final tie against Eintracht Frankfurt and came away with a 1-1 draw after Pedro scored a vital away goal.

During the second leg at Stamford Bridge, Ruben Loftus-Cheek gave the hosts the lead before Luka Jovic netted his second goal of the semi-final to make it 2-2 on aggregate.

Frankfurt’s Sebastian Haller had two efforts cleared off the line in extra-time as the tie had to be decided by a penalty shootout.

Kepa Arrizabalaga saved two spot-kicks and Eden Hazard scored the winning penalty to set up an all-English final against Arsenal.

🔵 Kepa was @ChelseaFC's hero #OTD last year, as the Blues beat Frankfurt on penalties to progress to the #UEL final 🔥

Nine years after their controversial Champions League semi-final defeat to Barcelona, Chelsea faced the Spanish giants in the last-16.

Willian hit both posts before giving Chelsea a deserved lead at Stamford Bridge, but Lionel Messi stepped up and scored his first goal in nine Champions League games against the Blues.

Messi needed just 128 seconds to score in the second leg at Camp Nou, slotting the ball through the legs of Thibaut Courtois from a tight angle.

The Argentina international then set up Ousmane Dembele to hammer home the second before wrapping up the tie with his 100th Champions League goal.

Branislav Ivanovic’s away goal earned Chelsea a creditable draw in France after being drawn against PSG in the Champions League’s round of 16.

During the second leg at Stamford Bridge, Zlatan Ibrahimovic was shown a straight red card inside the opening 32 minutes for a foul on Oscar.

Gary Cahill’s late goal looked to be sending Chelsea through until David Luiz came back to haunt them and sent the game into extra-time.

Eden Hazard then restored their lead from the penalty spot in the 96th minute after Thiago Silva had been penalised for handball.

But Silva made amends perfectly with a brilliant header six minutes from time to send PSG through to the quarter-finals on away goals.

A Galatasaray side that featured Didier Drogba held Chelsea to a 1-1 draw in the first leg of their Champions League last-16 tie in 2014.

At Stamford Bridge, Samuel Eto’o fired home in the fourth minute and Gary Cahill doubled their lead on the night just before half-time.

Jose Mourinho’s side cruised into the quarter-finals and Drogba, who returned to Chelsea for a second spell a few months later, was given a standing ovation by the home fans.

CHELSEA REWIND: On this day in 2014 Chelsea beat Galatasaray 2-0 at Stamford Bridge in the Champions League last 16. Samuel Eto’o & Gary Cahill got the goals on the night we welcomed back club legend Didier Drogba. #UCL 👏 pic.twitter.com/oipEtl8vk0

After being knocked out of the Champions League by Liverpool in 2005 and 2007, Chelsea had revenge on their minds when they faced the Reds in the 2008 semi-final.

The Blues looked set to lose the first leg at Anfield until John Arne Riise Riise headed Salomon Kalou’s cross into his own net five minutes into injury-time.

Didier Drogba had been called a diver by Rafa Benitez in the build-up to the second leg and celebrated in front of the Liverpool bench after giving Chelsea the lead at Stamford Bridge.

Fernando Torres sent the game into extra time but Frank Lampard restored Chelsea’s lead from the penalty spot in the 98th minute.

Drogba got his second goal moments later and Ryan Babel’s late strike proved to be nothing but a consolation as Chelsea held on to reach their first Champions League final.