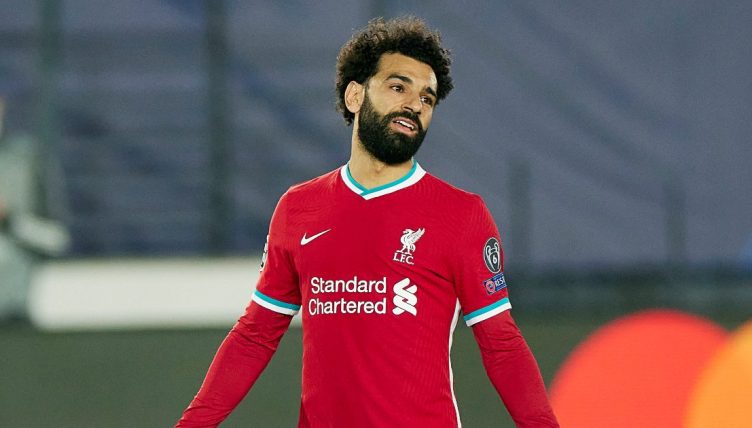 Liverpool‘s 3-1 defeat against Real Madrid has left their Champions League hopes hanging in the balance.

But Jurgen Klopp’s side can still turn things around and progress into the semi-finals with the second leg at Anfield still to come.

We’ve looked at the last six times Liverpool have trailed after the first leg of a European game to see how they fared in the return leg.

Having won the Champions League in 2018-19, Liverpool tried to retain their title and came up against Atletico Madrid in the last-16.

Saul Niguez’s early goal gave Diego Simeone’s side a first-leg lead, while Liverpool failed to attempt a single shot on target at the Wanda Metropolitano.

Georginio Wijnaldum and Roberto Firmino gave Liverpool a 2-1 aggregate lead during the second leg at Anfield, only for Adrian’s loose clearance to gift Atletico sub Marcos Llorente a vital away goal.

Llorente struck again in the 105th minute before former Chelsea striker Alvaro Morata added insult to injury with a third in the dying seconds to send Atletico through to the last eight.

Liverpool’s hopes of reaching a second successive Champions League final looked to be over after the first leg of their semi-final against Barcelona in 2019.

A goal from former Liverpool striker Luis Suarez and a quickfire double from Lionel Messi gave Barca a 3-0 win at the Camp Nou and a comfortable lead to take back to Anfield.

With Mohamed Salah and Roberto Firmino both unavailable for the second leg, Liverpool were massive underdogs but produced a stunning comeback against all the odds.

Divock Origi started the unlikely revival before substitute Georginio Wijnaldum scored twice in the space of 122 seconds in the second-half.

The decisive moment came in the 79th minute as Alexander-Arnold’s quickly-taken corner kick found Origi, who got his second goal of the game and made it 4-3 on aggregate.

Exactly one week ago…

Trent Alexander-Arnold and Divock Origi combined brilliantly to knock Barcelona out of the Champions League 🤯🤯🤯🤯pic.twitter.com/rsHBwEKEwL

Three years before Barcelona, Liverpool faced another Spanish side in a semi-final as they played against Villarreal for a place in the 2016 Europa League final.

The Reds looked set for a creditable draw in Spain until substitute Adrian Lopez scored a dramatic injury-time winner for the hosts.

At Anfield, Liverpool levelled the tie on aggregate through Bruno Soriano’s early own-goal before Daniel Sturridge swung the semi-final in their favour.

Villarreal’s Victor Ruiz was sent off in the 71st minute and Adam Lallana booked Liverpool’s place in the final with their third goal.

Liverpool went to Russia for the first leg of their Europa League last-32 tie against Zenit St Petersburg in 2013.

Hulk opened the scoring for Zenit in the 70th minute and Sergei Semak doubled their lead two minutes later to give Liverpool an uphill task in the second leg.

Their hopes weren’t helped by a Jamie Carragher error which allowed Hulk to score a vital away goal at Anfield and make it 3-0 on aggregate.

It looked like an unassailable lead for Zenit but two brilliant free-kicks from Luis Suarez and a Joe Allen goal brought Liverpool back into the game.

However, the Reds couldn’t get the crucial fourth goal that they needed and bowed out of the Europa League on away goals.

A Liverpool side that featured Sotirios Kyrgiakos and Christian Poulsen were beaten 1-0 by Braga in the first leg of their Europa League last-16 tie in 2011.

Braga scored the winner when Kyrgiakos fouled Mossoro in the penalty area and Alan stepped up to fire past Pepe Reina.

The second leg wasn’t one of the great European nights at Anfield and the Reds were knocked out of the competition after being held to a 0-0 draw.

The Reds eventually got an equaliser through Alberto Aquilani in the return leg at Anfield before Yossi Benayoun put Rafael Benitez’s side ahead in the tie during extra-time.

But Diego Forlan proved to be a thorn in their side once again, firing home a Jose Antonio Reyes cross to confirm Liverpool’s exit.