After a difficult start to the season, Manchester United have turned things around and they are currently at the top of the Premier League.

United haven’t been in this position this deep into a campaign since the glory days of Sir Alex Ferguson but how much has Ole Gunnar Solskjaer learned from his old mentor in keeping his side on top? Because when United were in front under Ferguson, they rarely let it slip.

We’ve looked at the last five times they were at the top of the table after 17 league games and how things ended up eventually.

Powered by the goals of summer signing Robin van Persie, United raced to a lead that looked to be unassailable in 2012-13, which indeed proved to be the case.

There were defeats to Everton, Tottenham and Norwich, but they otherwise won 14 of the first 17 games to open up a six-point lead over reigning champions Manchester City.

They maintained that relentless pace until the Spring, wrapping up Ferguson’s last title with four games to spare, giving the legendary coach the perfect send-off.

A routine 2-0 win over Sunderland on Boxing Day 2010 kept Ferguson’s Red Devils top of the table after 17 games.

Newly-minted City were showing signs of improvement and were two points behind in second place, but they had played two games more, while reigning champions Chelsea had lost their consistency under Carlo Ancelotti and were back in fourth.

They remained unbeaten in the league until February and eventually finished up with a nine-point lead over chasers Chelsea and City.

After two years of total domination at the top of the Premier League, Jose Mourinho’s Chelsea had just started to lose their sheen as big-money summer signing Andriy Shevchenko struggled to make an impact at Stamford Bridge.

Michael Carrick was United’s only new recruit, but they were on hand to take advantage, resembling a force to be reckoned with themselves. Cristiano Ronaldo and Wayne Rooney were hitting new heights, having buried the hatchet after their World Cup spat.

With a five-point lead over Mourinho’s Blues after 17 games, they didn’t let up from there, securing the first of three successive titles in style. 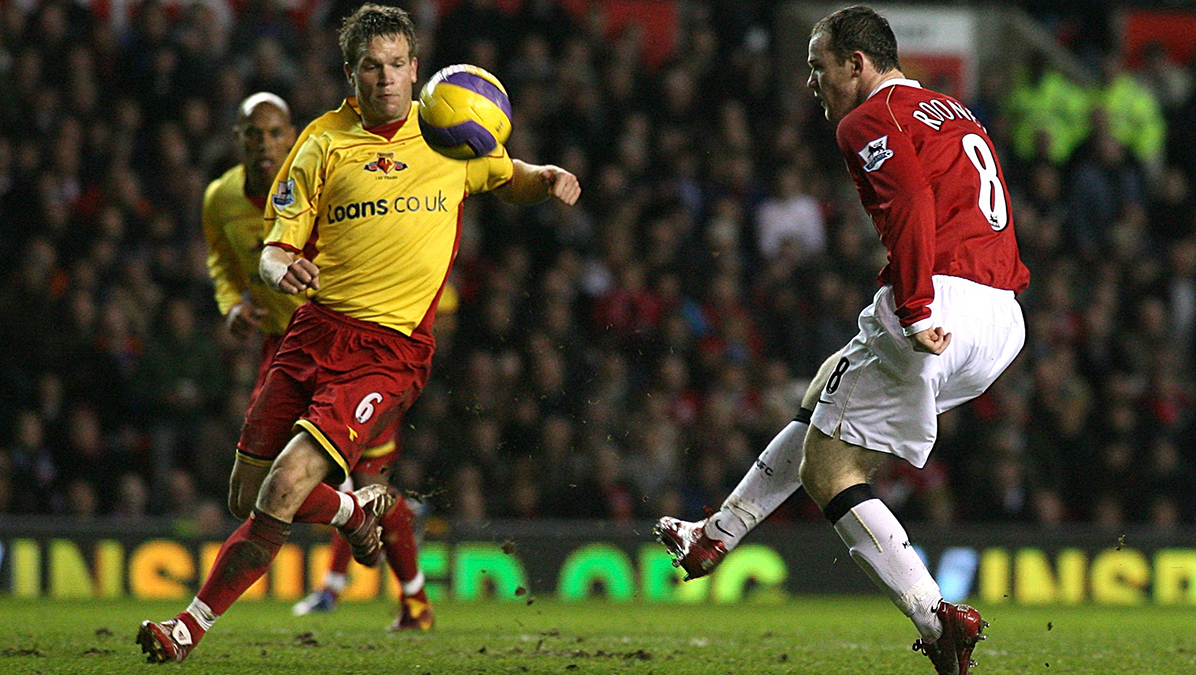 READ: An ode to Man Utd 06-07, an unsung season and a sexy Wayne Rooney lob

Arsenal ended the season as champions after an unforgettable Invincible campaign, so it’s easy to forget that they weren’t firing on all cylinders in the first half of the season.

Arsene Wenger’s Gunners had drawn six of their opening 17 games and sat a point behind leaders United at that stage. Of course, in the end, they comfortably wrapped up the league, finishing 11 points clear of Claudio Ranieri’s Chelsea.

While Arsenal would later come roaring back to reignite the rivalry, the truth was nobody could hold a candle to United at the turn of the century.

After securing the treble in 1999, Ferguson’s men finished 18 points clear of the Gunners in 1999-00 and 10 points clear in 2000-01 – and it would have been considerably more had they not lost their last three games.

They’d opened up a six-point lead after 17 games and didn’t let up from there. It wasn’t the only time in Ferguson’s reign that the second half of the season turned out to be a procession.