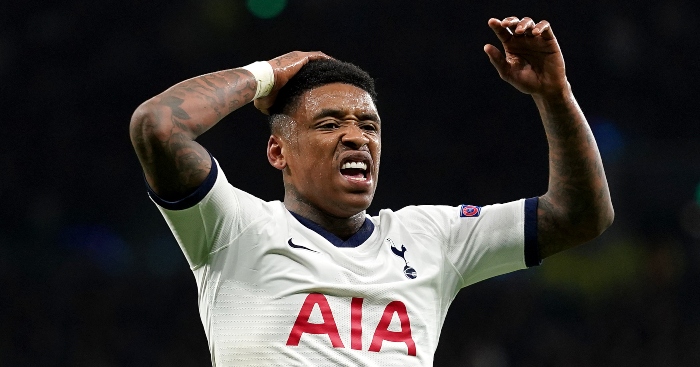 Timo Werner’s penalty ensured that Tottenham suffered a 1-0 home defeat against RB Leipzig in the first leg leg of their last-16 tie.

But Spurs have previously shown that they are capable of producing Champions League comebacks against all the odds.

We’ve looked at the last five times Spurs have trailed after the first leg of a European game to see how they fared in the return fixture.

Ajax were in pole position to reach the 2019 Champions League final after beating Spurs 1-0 in the semi-final first leg in north London.

The home side struggled without forwards Harry Kane and Son Heung-min as Donny van de Beek’s early goal gave the Dutch side a crucial advantage.

In the second leg, Spurs looked dead and buried after first-half goals from Matthijs de Ligt and Hakim Ziyech put Ajax 3-0 up on aggregate.

But the visitors produced a stunning second-half comeback as a Lucas Moura hat-trick sent Spurs through on away goals to the final in Madrid.

Mauricio Pochettino’s side became just the second team to lose the first leg at home in a Champions League semi-final and still progress to the final.

2-0 down going into the second half, Tottenham needed a hero…

A breathtaking display with THE most dramatic climax 👏 pic.twitter.com/tUZMXiizbr

After being knocked out of the Champions League group stages in 2016-17, Spurs travelled to Gent in the first leg of their Europa League last-32 tie.

Spurs were strong favourites to reach the next round but Jeremy Perbet’s 59th-minute winner gave Gent a valuable lead to take into the second leg.

At Wembley, the home side made a great start and levelled the tie on aggregate through Christian Eriksen.

Harry Kane then diverted a header into his own net to gave Gent a crucial away goal and Spurs’ job was made even harder by Dele Alli’s red card in the 39th minute.

Victor Wanyama’s spectacular goal revived their hopes before substitute Perbet levelled the scores on the night and put the tie to bed.

Spurs rested several key players for the Europa League last-16 first leg against Borussia Dortmund in Germany as they prioritised their league campaign.

Marco Reus’s double and a goal from Pierre-Emerick Aubameyang gave Dortmund a three-goal advantage and left Spurs with a mountain to climb.

The Bundesliga side were in the driving seat ahead of the second leg and Pierre-Emerick Aubameyang’s two goals at White Hart Lane put them out of sight.

Son Heung-min then got a late consolation goal for Spurs but Dortmund still cruised into the Europa League quarter-finals.

A Spurs side featuring Paulinho and Emmanuel Adebayor were beaten 3-1 at home by Benfica in the first leg of their Europa League last-16 tie in 2014.

Rodrigo scored the opener for the Portuguese side before Luisao struck twice, either side of a superb Christian Eriksen free-kick.

The three away goals left Benfica in-charge of the tie and in the second leg Ezequiel Garay headed in to put them 4-1 up on aggregate.

Spurs nearly staged a second-half comeback as Nacer Chadli scored twice in a minute, only for Lima to score from the penalty spot and book Benfica’s place in the last eight.

Tottenham came up against former manager Juande Ramos in 2014 as they faced his FC Dnipro side in the Europa League round of 32.

In Ukraine, Yevhen Konoplyanka’s second-half penalty secured a 1-0 win for Dnipro and left the visitors with serious work to do in the return leg.

Spurs’ hopes of reaching the last 16 appeared to be in tatters when Roman Zozulya headed in an away goal at White Hart Lane, but Eriksen’s free-kick handed them a lifeline.

Zozulya was then sent off for a headbutt and Spurs made the most of their man advantage as Emmanuel Adebayor scored twice to make it 3-2 on aggregate.