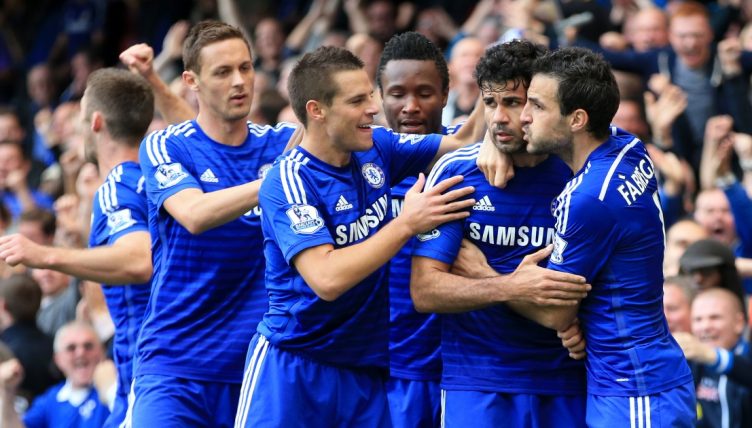 Chelsea have started the 2021-22 Premier League season on fire, topping the table after nine games ahead of Liverpool and Manchester City.

Thomas Tuchel’s side won the Champions League in May and have carried that form into the new campaign, only suffering one defeat and scoring bagfuls of goals.

We’ve identified the four previous times Chelsea have led the table after nine matches and what happened next.

Bolstered by the signings of Diego Costa and Cesc Fabregas, Chelsea were the early pacesetters back in the autumn of 2014.

Winning seven and drawing two of their first nine matches, Jose Mourinho’s side were the top goalscorers in the league and led second-placed Southampton by four points.

They remained top of the rest throughout the season, only losing three times and winning the league by eight points.

It’s the last time Mourinho has won a league title and, by December of the following season, he’d been sacked with Chelsea mired in an unlikely relegation battle.

André Schürrle has today announced his retirement from football at just 29 years old.

This was my favourite Chelsea Schürrle moment, an incredible combination with Fábregas against Burnley. Mesmerising. pic.twitter.com/nmwNkSRiTt

After their improbable Champions League triumph the previous year, Roberto Di Matteo led Chelsea to the Premier League summit in 2012 – although their ninth match would prove an unfavourable omen for the season ahead.

Despite dropping points at QPR, Chelsea won their seven other matches before facing Manchester United at Stamford Bridge. In a controversial match, which saw Fernando Torres and Branislav Ivanovic dismissed, Javier Hernandez scored a late winner for United to close the gap on Chelsea to a single point.

Di Matteo’s side surrendered top spot with a draw at Swansea in their next outing and never regained it. By the end of November, the manager was sacked and Rafa Benitez was bought in.

Chelsea eventually finished third, 14 points behind United, but did manage to win the Europa League.

Another year, another autumnal collapse.

After nine games of the 2010-11 season, reigning champions Chelsea led the chasing pack by five points and had scored 25 goals in doing so.

Then the wheels came off. Defeats against Liverpool, Sunderland (3-0 at home) and Birmingham stalled their momentum and failure to win at newly-promoted Newcastle saw Chelsea deposed as leaders by the end of November.

Carlo Ancelotti’s side, after looking invincible during the late summer, now faced a struggle to finish in the top four. Only a string of victories in March and April saved their league season and they eventually finished second – nine points behind Manchester United.

Ancelotti was infamously sacked minutes after the final league game and Chelsea would have to wait another four years to regain the title.

Chelsea hadn't conceded a Premier League goal at Stamford Bridge for nine games before Nedum Onuoha's rocked up with Sunderland in November 2010 and turned into George Best.

Before Mourinho arrived in English football, teams would ease into the new season and not worry about dropped points too much.

Sir Alex Ferguson was famous for simply requiring his side were in touch with the leaders before Christmas before blitzing them in the new year.

Mourinho’s Chelsea changed all that. After acquiring 95 points the year before, Chelsea won all of their first nine matches and opened up a massive gap to second-placed Tottenham. Fergie’s United were 10 points behind the leaders.

Chelsea would drop their first points in their 10th match, a 1-1 draw at Everton, but were never displaced as league leaders and won the title by thrashing United in late April.

Only defeats in their final two matches stopped Chelsea from eclipsing the previous season’s points tally and they ended up eight points out in front.