The Man Utd leaks under Rangnick and how the players responded 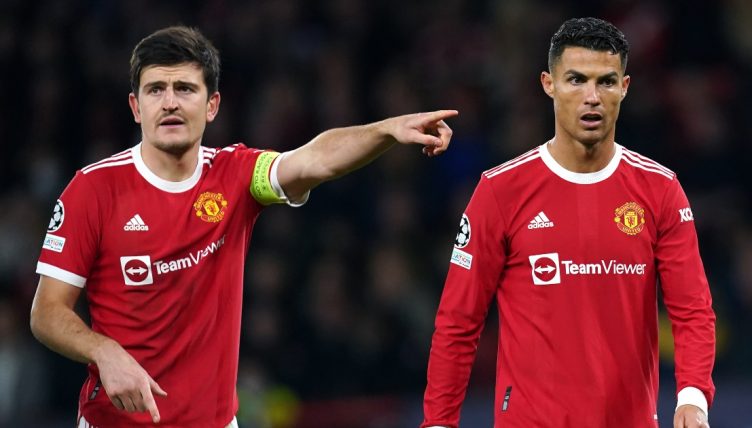 While interim manager Ralf Rangnick is trying to fix Manchester United’s performances on the pitch, he also has other issues to deal with.

Since Rangnick arrived at Old Trafford in December, a number of stories have made their way out of the United camp and into the tabloids.

“What they do not realise is that unfortunately, when they go to the media then those media people go to us – so we know who is briefing,” former United captain Gary Neville said recently.

“The reality is that we do not like it, but we know who it is. We are not going to throw people under a bus here because we have that journalistic respect.”

We’ve taken a look at all the supposed leaks during Rangnick’s reign and, where applicable, we’ve then looked at how the players responded.

Rumours of unrest in the first-team dressing room have plagued Rangnick from the early days of his United tenure.

After United’s defeat to Wolves at the start of January, The Daily Mirror reported that as many as 11 players wanted to leave the club after becoming disillusioned with life at Old Trafford.

Players who were marginalised during Solskjaer’s reign quickly became frustrated at their failure to be given a chance under Rangnick. The report also stated that they were threatening the unity and harmony of the dressing room.

“It’s not good,” a source told The Mirror. “The atmosphere is really bad and it looks like there are going to be big problems ahead for United.”

But Fred became the first player to hit back at the reports, calling it fake news and reaffirming his commitment to the Reds.

I just want to say that I am very happy here and I have never expressed any dissatisfaction and the possibility of leaving the club. Don't get misled by fake news. We will continue to work with great dedication to pursue our goals.

In an attempt to salvage United’s season and secure a top-four finish, Rangnick made some immediate changes.

According to The Daily Mirror, he sends United’s players home from training with video analysis homework, which gives pointers on where they can improve. The manager also switched training sessions from their traditional morning slot to the afternoon.

But some of the players were reportedly unhappy with these changes as they felt that it was interfering with their home life.

During an interview with talkSPORT in February, Luke Shaw was asked about these reports and denied that the players were complaining.

“There have been a lot of things said about Ralf doing different things, sending people home with homework and the players being angry and unhappy about it, but it is false,” Shaw said. “Everything is positive here.”

“I am really impressed with how he has come in, what he has changed, the details he brings and what he wants the lads to do is really good.

“Of course, like I said, the team are all together and the team is fully with the manager and his staff.

“Everything that has been written in the media isn’t true because I see a completely different side of the team and with the manager inside here than what I read on the outside.”

United’s players were reportedly uninspired by Soskjaer’s training sessions and they are seemingly a hard group to please.

According to ESPN, a number of players are now unhappy with Rangnick’s coaching methods and feel that they are too old fashioned.

They reportedly complained among themselves that the sessions focus too heavily on 11v11 work rather than the more dynamic drills that are designed to help players stay sharp between matches.

The report also states that players have jokingly likened assistant coach Chris Armas to fictional character Ted Lasso, the hapless American who was thrust into managing AFC Richmond in the Apple+ comedy show.

None of the United players have actually denied this report and Gary Neville was furious after seeing the story.

“The fact they were describing the number two of Ralf Rangnick as Ted Lasso, I didn’t find it funny at all. I found it disrespectful, I found it disgusting,” Neville told Sky Sports. “In fact, it actually summed up what I think of them, they are disrespectful.

“I think if I was Ralf Rangnick and his number two, I would gain strength from that because I wouldn’t want to be on the same page as some of those players who are leaking that story.”

Since Cristiano Ronaldo returned to Manchester United last summer, there have been lots of reports about his role in the dressing room.

The Daily Express recently reported that players are frustrated about the influence Ronaldo holds over international team-mates and other Portuguese-speaking players.

German journalist Christian Falk added that English players like Marcus Rashford and Harry Maguire were becoming irritated by Ronaldo wanting to lead the dressing room with his own clique.

But Rashford, who has previously admitted that he grew up idolizing Ronaldo, quote-tweeted Falk a few hours later to rubbish his claims.

Are we just making it up as we go along now then? Please stop looking for divides. https://t.co/gVwQuYMwx4

Despite Rashford denying any problems with Ronaldo, there was another story about the Portugal international a couple of days later.

According to the Daily Mirror, Ronaldo and Maguire are embroiled in a power struggle over the captaincy and there is a growing belief within the Old Trafford dressing room that Ronaldo will get the armband.

The centre-back reportedly feels increasingly undermined by Ronaldo’s influence in the dressing room and thinks players are losing respect for him.

“Originally, Ronaldo was asking players to back Harry,” a source told The Mirror. “But the problem is the manager now wants Ronaldo to mentor all these younger players.

“That’s left Harry in no man’s land, as he’s the captain and having to say and follow whatever Ronaldo says, to keep everything sweet.”

But Maguire quickly took to Twitter to deny those reports, insisting that the team are united and focused.

Rangnick has since confirmed that he has no plans to take the armband off the England international.

I’ve seen a lot of reports about this club that aren’t true and this is another. Not going to start posting about everything that is written but I needed to make this one clear. We’re united and focused on Sunday. Enjoy your day everyone 💪🏻 @ManUtd https://t.co/YxLhQn8pqf