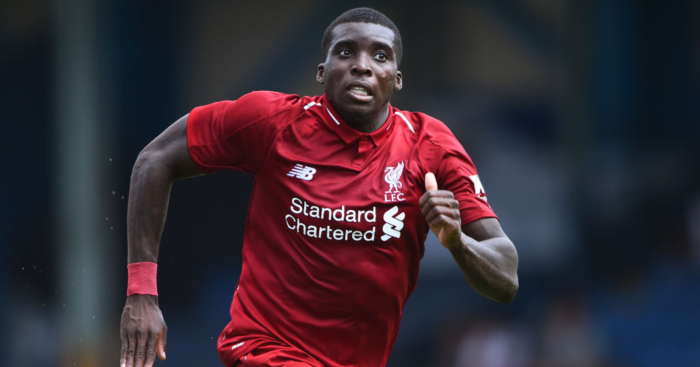 Harry Wilson’s jaw-dropping free-kick against Manchester United helped Derby County pull off a giant-killing in the EFL Cup – but he’s not the only Liverpool player to be making waves while out on loan.

The Reds have 15 players impressing at clubs in several different countries, including Scotland, Turkey and Germany.

We’ve taken a look at how all of those shipped out on a temporary basis have been faring so far this season.

Arroyo joined Liverpool in February 2018 and was immediately loaned to Real Mallorca for 18 months.

But the defender’s time in Spain was called short, and now he’s playing for Gent’s Under-21s, where he’s featured six times this season.

The Colombian has been sent out on loan in order to earn a work permit.

Randall played seven times for Liverpool in 2015–16 season and made an impressive 27 appearances for Hearts during a loan spell last term.

The 22-year-old is currently on loan at Rochdale in League One.

Having joined on a six-month loan, the defender suffered a fractured cheekbone early in September, injuring himself in a Checkatrade Trophy match against Bury

The winger joined up with Gerrard at Rangers and has impressed supporters with his dazzling trickery on the ball.

Kent has previously spent time on loan at Coventry City, Barnsley, Freiburg and Bristol City, but it’s at Rangers where he’s really clicking into gear.

The 21-year-old has already registered three goals and two assists as Rangers sit in sixth spot in the Scottish Premiership.

At 31, there’s likely not much of a future for Bogdan at Anfield following this spell in Scotland.

Now recovered, he has made 12 starts for Hibs already and has kept a clean sheet in his last two Scottish Premiership games to help Neil Lennon’s side up to second.

Kane might yet live up to his namesake, having joined Liverpool’s Academy at the age of 15, he has played at England Under-17 level and was a regular in the 2015 European Championships.

Now at Doncaster, the midfielder, described as “lively”, put in a man of the match performance against Bradford City last week, scoring and assisting a goal before impressing again in Rovers’ 3-2 win over Plymouth Argyle this weekend.

Cracking performance lad. Amazing how you can complete dictate a game inspite of playing no senior football until you came to us. Future star and future captain in the making 👍

The Wales international pulled off one of the best free-kicks in recent memory as Derby beat Manchester United in the League Cup.

His celebration – showing five fingers to the United supporters to reflect how many European Cups Liverpool have won – won the hearts of Reds supporters, who love to get one over their biggest rivals.

It was the winger’s second goal for the Rams this season as Frank Lampard’s team challenge for a play-off place this term.

The Wirral-born goalkeeper has made only two appearances for Tranmere to date – both in cup competitions.

George, 20, was between the sticks when Rovers were beaten 3-1 in the first round of the League Cup by Walsall, while he conceded four in a Checkatrade Trophy clash with Crewe.

This season, however, for Gent, the 21-year-old is yet to net in five outings.

Liverpool clearly hold the youngster in high regard, offering him a long-term contract over the summer, but they will hope his form starts to pick up.

Allan has been with Liverpool for three years, having joined from Internacional for £500,000 in 2015.

There can be plenty of excitement about Brazilian players, but Allan hasn’t been given the chance to flourish in Germany, making only one league appearance so far.

The midfielder is out on loan in Germany to bolster chances of him being granted a work permit in the UK.

Under the management of Reds legend Steven Gerrard, Ejaria’s time at Rangers has been productive to date.

The winger has played 15 times for the Glasgow side, scoring two goals – one, a superb strike that saw Rangers progress past UFA in the Europa League qualifiers. 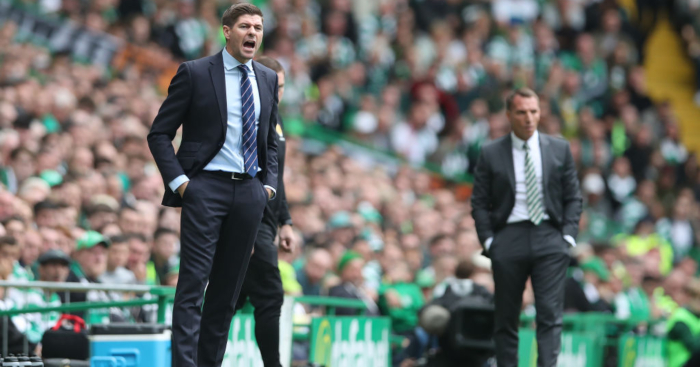 READ: How Rangers’ Liverpool contingent are faring under Steven Gerrard

The 22-year-old Serbian was sought after by such teams as Chelsea, Milan and Juventus before he joined the Reds in 2016.

Grujic claimed that he would “choose Liverpool over Real Madrid and Barcelona” when he signed, but the towering midfielder has only made sporadic appearances so far.

While on loan at Cardiff last season, he helped the side reach a promotion place, making 14 appearances and netting once.

At Berlin, he has made just four appearances and suffered ankle ligament damage against Borussia Monchengladbach last week.

Karius’ Liverpool future was in doubt immediately after his two howlers in the Champions League final, and his fate was sealed after a number of shaky appearance’s in pre-season.

In Turkey, however, Karius is regaining his confidence, notably impressing in Besiktas’ 1-1 draw over rivals Fenerbahce.

Ojo came through the Liverpool academy as a 14-year-old and is now out on loan at a fourth club.

He helped Fulham get promoted to the Premier League last season, and has played in five matches since moving to Ligue 1.

Newcastle United were reportedly chasing the winger, but his future appears to be with Liverpool as things stand.

Whelan, who has represented the Republic of Ireland at Under-17s level, put in a decent attacking performance in Crewe’s 2-1 loss to Notts County.

The versatile defender, who can play centre-back or right-back, has captained Liverpool at Under-23 level and their are hopes for the player in the future.

It seems like a lifetime ago now that Woodburn burst onto the scene with his goal against Leeds United in the 2016-17 season, becoming Liverpool’s youngest ever goalscorer.

But the hot prospect is struggling to break into Sheffield United’s starting XI.

Still only 18, Woodburn has made seven appearances for the Blades, but only one has been from the start.

Leaving Liverpool proved a wrench for Ings, but after three injury-hit years at Anfield, the England international has joined Southampton on a year-long loan which will be made permanent in the summer.

“I was part of a squad that reached the Champions League final last year,” he told the Daily Mail. “But the feeling (of being important) is something I’ve craved for a long time.”

And the striker has made an impressive start to life at St Mary’s, scoring three times in six appearances – already matching his best tally from a single season for Liverpool.