The Manchester United timeline of woe: How things got from worse to worserer 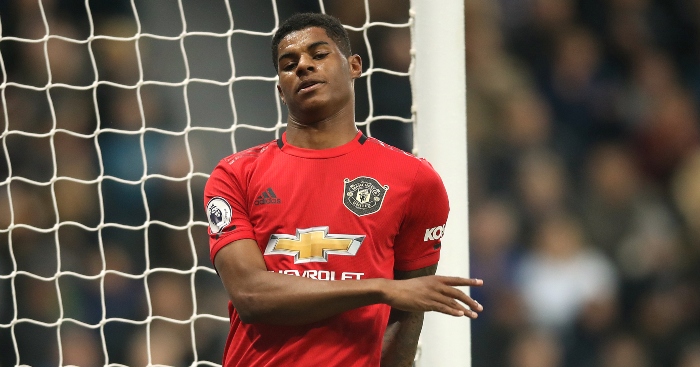 In seven short months, the Red Devils have slipped from the euphoria of their last-minute aggregate win in Paris to the embarrassment of defeat at Newcastle United to leave them in the bottom half of the Premier League table after eight games.

We’ve taken a look back at the intervening period to explain how things went from bad to worse, and then worse still.

After a 2-0 defeat at home to Paris Saint-Germain in the first leg of their Champions League last-16 tie, few give Manchester United much hope of overturning the deficit. Of course, at the time, we didn’t know the tournament was in the middle of a gas leak year when all logic took a few months out.

THE UNTHINKABLE HAS HAPPENED!

Marcus Rashford converts from the spot after VAR awards the visitors a late, late penalty!

Man Utd are through, PSG are out. Unbelievable! 😱 pic.twitter.com/03NMqxQUj6

United lose 2-0 at Arsenal. It’s no big deal, though. After the lord mayor’s show and all that.

It’s Solskjaer’s first league defeat in charge, after 10 wins and two draws. This was always going to happen at some point – no harm in getting it out of the way before people start to consider the manager infallible. What’s that? It’s already too late?

Goals from Raúl Jiménez and Diogo Jota help Wolves knock United out of the FA Cup.

Solskjaer knows what he’s doing: it will give them a chance to concentrate on the league and maintain the top four spot which predecessor José Mourinho was in danger of throwing away. With Ole at the wheel, they’re two points outside the top four and only three behind third-place Spurs.

Solskjaer is appointed on a permanent basis, two days before his former club Molde are due to begin their new Norwegian domestic campaign.

“Ole brings a wealth of experience, both as a player and as a coach, coupled with a desire to give young players their chance and a deep understanding of the culture of the club,” Ed Woodward says in an official statement. He should have perhaps been more specific.

After a narrow victory over Watford in his first game as permanent manager, Solskjaer’s United take the lead at Wolves through Scott McTominay. Finally, revenge for that cup defeat that they honestly, really, no kidding, didn’t even care about that much.

Twenty-five minutes in, Diogo Jota equalises. Ten minutes into the second half, Ashley Young is sent off for a second booking. Thirteen minutes from time, David De Gea forgets he’s allowed to use his hands and Chris Smalling scores a match-losing own goal.

What’s the Norwegian for ‘self-destruct’?

Barcelona knock United out of the Champions League. We knew this would happen, but we ‘knew’ PSG would do the same, and the fact that they didn’t was enough for us to raise our hopes ever so slightly. Even when he gets things right, he ensures they go wrong.

The same week, United under Solskjaer are described as “a giant portrait of Alex Ferguson with some candles beneath it”, and honestly we haven’t seen a better summary before or since.

Our competition for a top 4 spot is a Chelsea team who want their manager sacked, a giant portrait of Alex Ferguson with some candles beneath it and (lads, it's) Tottenham, and yet still we manage to look that unconvincing with 6 games to go.

Remember in 2017 when Pep Guardiola’s Manchester City lost 4-0 to Everton and everyone laughed? When Gary Lineker said: “Could this season possibly end up with Guardiola and Mourinho battling it out for 5th place?”

Yeah, you know where we’re going with this. Richarlison, Sigurdsson, Digne and Walcott. All done with nearly half an hour to go.

One day earlier, City had beaten Spurs 1-0 to make it 10 wins in a row and ended the weekend 22 points clear of their neighbours. Admittedly that was only partly Solskjaer’s doing.

United and Chelsea play out a drab 1-1 draw that helps neither in the race for a top four spot. Chelsea’s goal, scored by Marcos Alonso, comes after another David De Gea error.

With nine-man Tottenham losing at Bournemouth, their third defeat in four games, United can give themselves a Champions League lifeline with victory over a Huddersfield Town team that has lost its last eight games in a row, scoring five and conceding 24 in the process.

Isaac Mbenza equalises after latching onto a long punt downfield from Terriers goalkeeper Jonas Lössl. As of October 2019, it remains his only Huddersfield goal in 30 games.

United have a chance to blood some youngsters from their famed academy and end the season on a high at home to another already-relegated opponent in Cardiff City. They’re at Old Trafford this time, too. What can possibly go wrong?

Nathaniel Mendez-Laing scores twice, doubling his tally for the season, and Cardiff win 2-0. It is the first time Mendez-Laing has scored two in the same game since August 2017.

The transfer window opens, and Solskjær says: “You have got to have qualities and our fans want to see exciting players. We want to get up from our seats.”

Manchester United beat Chelsea 4-0 on the opening weekend of the season, despite being outshot 18 to 11 and only having five shots on target in 90 minutes.

After hard work in pre-season. Solskjaer had seemingly remembered how to defy stats and prove everyone wrong.

Narrator: “Solskjaer had not done that”.

Two points and three goals from the next three games make for United’s lowest four-game total since 1992-93. Still, they won the league that season so all is not lost.

Victory over high-flying Leicester City. See, the poor start was a good sign.

A 2-0 defeat at West Ham leaves United closer to the bottom of the table than the top. Not the relegation places, The Bottom Of The Table.

The visitors’ goal is scored by Luke Matheson, who was born in October 2002 and needed permission to take the day off school. The following morning he has to sit a psychology A-level exam.

United fail to register a single shot on target against AZ Alkmaar. Solskjaer declares himself pleased with the performance.

Matty Longstaff adds his name to the list of players whose first goal for a club arrives against Manchester United. Other inductees include Isaac Mbenza, Yan Valery and Jannik Vestergaard.

For it to happen once can be put down to bad luck. Twice, coincidence. Four times in seven months and you wonder whether there’s something bigger going on.

As Solskjaer goes into the international break with his job hanging in the balance, it’s worth taking a quick look at how United have got on since he was appointed on a permanent basis.

Since the end of March, they have 17 points from 16 games. In contrast, Liverpool have 48 points from their last 16 games, Manchester City have 40 and Burnley, who finished last season six points clear of relegation, have 22.

Fulham have the same number of away Premier League points as Manchester United since Solskjaer’s permanent appointment, and they were relegated in May. It’s not a banter era – it’s becoming a banter existence.

I'm not saying it's going badly, but Bury have won away from home more recently than Manchester United and they aren't a club anymore.