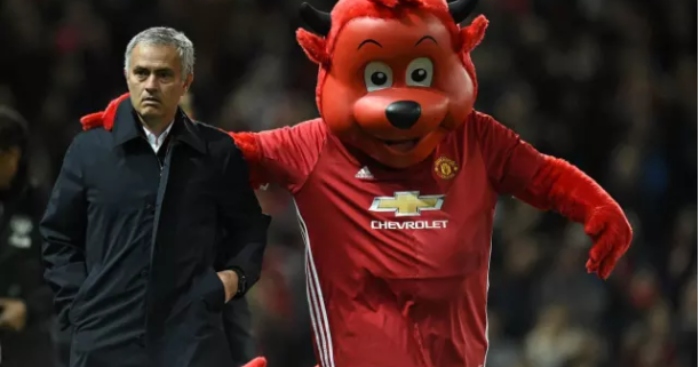 The man who made Harry the Hornet a legend among all Watford fans has announced his retirement – and we can only hope his successor maintains a proud tradition.

Gareth Evans announced his decision to give up the job ahead of Watford’s game against Manchester United, presumably much to the relief of Roy Hodgson, who previously labelled him a disgrace.

But, Crystal Palace fans aside, Harry the Hornet has been a much-loved figure in recent seasons. The other 19 mascots are simply his support acts.

If a mascot is the subject of an FA investigation, you know he’s good. That happened in 2016 when Harry the Hornet dived in front of Wilfried Zaha after he’d been booked for simulation, with Hodgson hilariously claiming his antics “should be stopped”.

Harry is also the star of one of the great photos of our time, perfectly copying Odion Ighalo’s celebration after scoring against Liverpool, and at one stage he even had his own Wikipedia page. Yes, really.

I have officially stepped away from being the Match Day Mascot at #watfordfc my decision, proud of what I have achieved, the memories made and the experiences I’ve had – I was privileged and now heavy hearted also. Love you Harry! 🐝💛⚽

Likely the most famous mascot on the list, Gunnersaurus Rex has been a regular feature in north London since 1994. The eight-foot mascot even has his own personal Twitter account.

Voted the most popular mascot back in 2011 by Match, Fred was allegedly concerned for his job security when Jose Mourinho took over as manager of Manchester United. But their relationship has run smoothly so far. 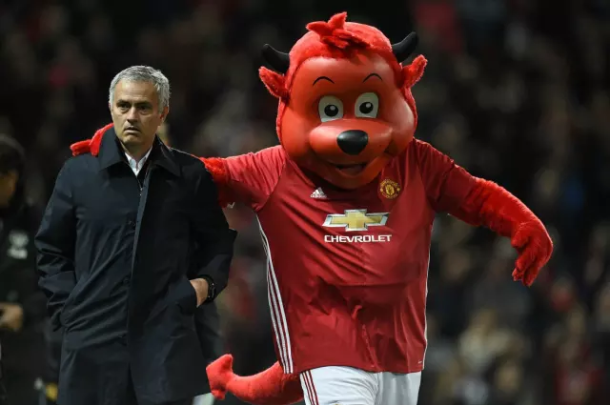 Tilly only made her debut at the John Smiths Stadium in 2016, becoming Terry’s new girlfriend. It’s keeping up with the tradition of mascot couples. 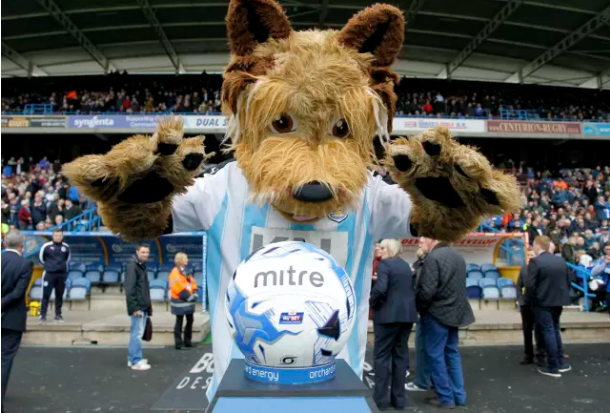 We never knew birds had teeth, let alone huge, sparkling white ones. The Liver bird is symbolic of Liverpool as a city. The choice of a mascot here was obvious, then.

Chelsea – Stamford the Lion and Bridget the Lioness

Chelsea’s mascot was joined by Bridget in 2013. The club even put on a conference to unveil her. 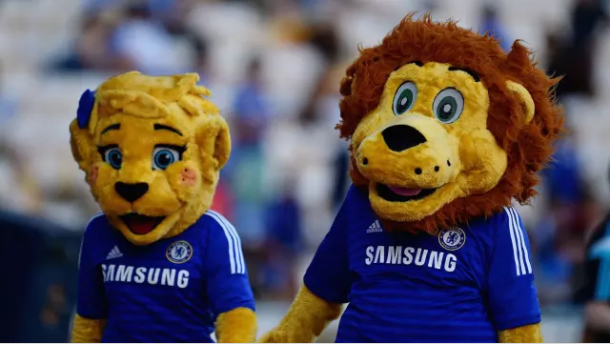 Chirpy the Cockerel and Spurs Lily, another matchday duo, have done well in getting the crowds at Wembley amped up for games.

The lovebirds, or eagles, are happily married and even share a bed together. Pete with his sunglasses, Alice with her constant look of distress. 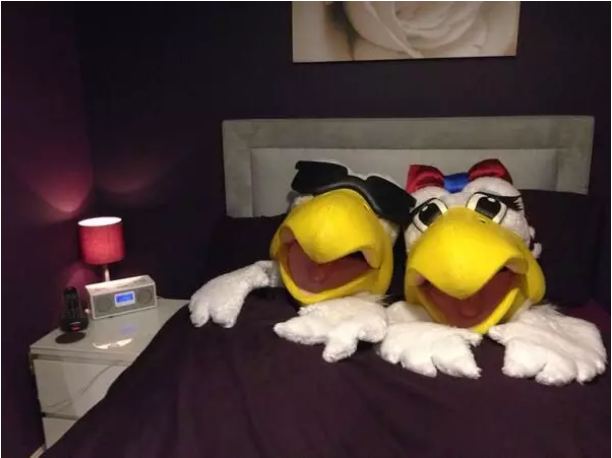 The club had an easy decision when it came to the mascot – a wolf.

Wolvie famously had a scrap with Bristol City’s mascot and had to be pulled away by security.

He’s been around for 25 years and is the only Premier League mascot to have own boot deal.

Filbert the fox and me @LCFC Bhangra to The King Of Bhangra @jazzyb Maharaja he’s a JB fan big up @HurrrKaur respect pic.twitter.com/uVtSZJnEiz

Originally from the planet ‘Blue Moon,’ the pair helped Riyad Mahrez settle in at his rather strange unveiling over the summer. 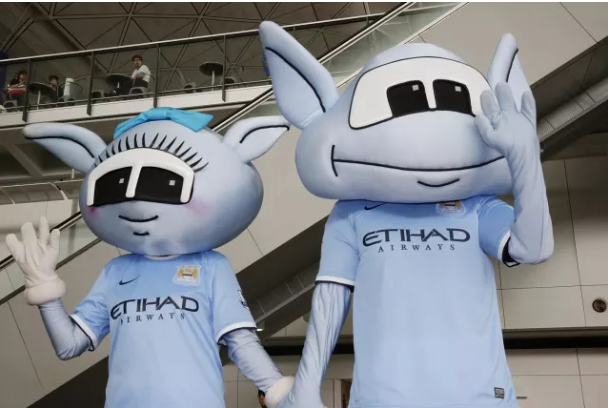 The six-foot badger tried to sing Happy New Year to Avram Grant as he went down the tunnel at half-time with Chelsea trailing. But the Blues boss wasn’t impressed. 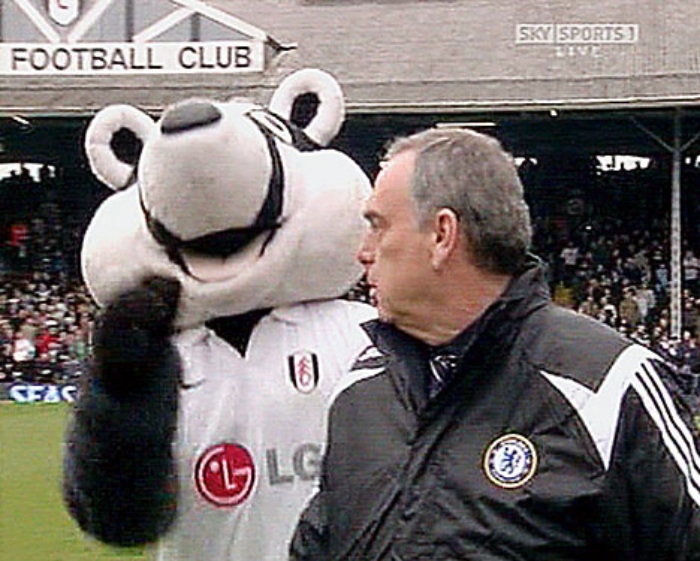 Maggie found herself in trouble with the Geordie faithful after being photographed with controversial owner Mike Ashley. 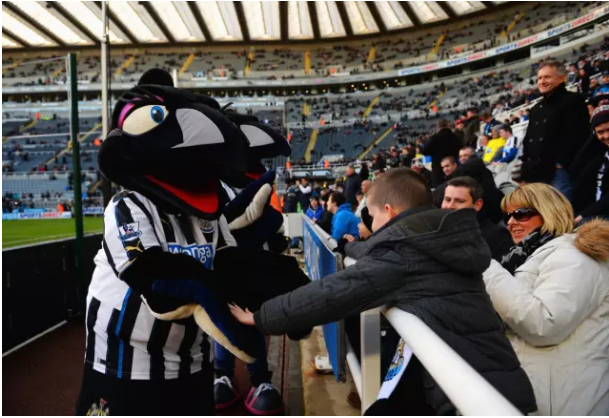 West Ham opted not to have a giant leg of ham as a mascot, instead somehow conjuring up an even absurd figure. 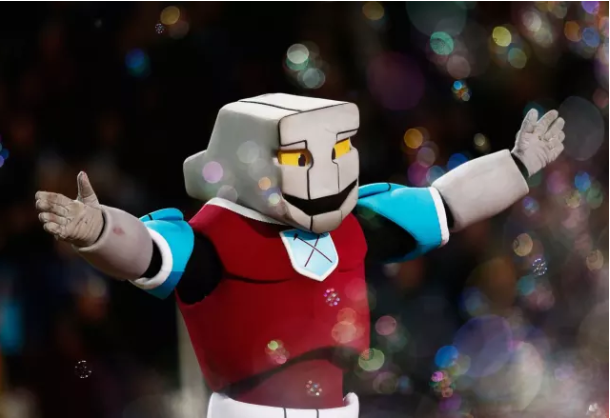 Chang, named after Everton’s deal with the beer company, has now moved on, as Everton’s commercial deal with Angry Birds comes in.

The Burnley mascot has an impressive CV so far. He tackled a streaker, and in 2013 during a game against QPR, the mascot was sent off and ‘jailed’ after he offered the assistant referee his glasses.

#MAD
Burnley mascot 'Bertie Bee' was sent off during their win vs QPR today after he handed the linesman his glasses. pic.twitter.com/BEA3E6UwPA

This ginger seagull makes up part of a family of gulls. Why not? 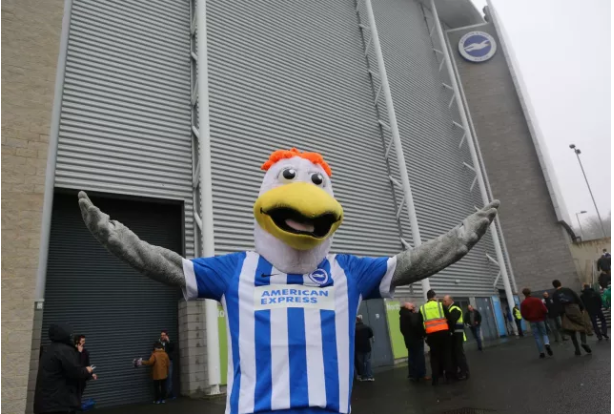 ‘Cardiff City’s mascot and biggest fan’ Bartley claims on his Twitter page. His enthusiasm for the club reached fever pitch in 2001, when he was involved in a punch-up with Bury’s Robbie the Bobbie – a fight which needed seven stewards to break up.

A dog whose highlight was performing Gangnam Style with his best pal Super Saint.

This mascot has no relevance to the Cherries, other than being called Cherry. 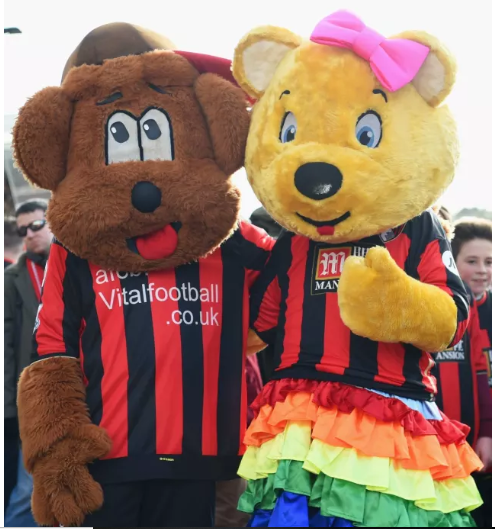