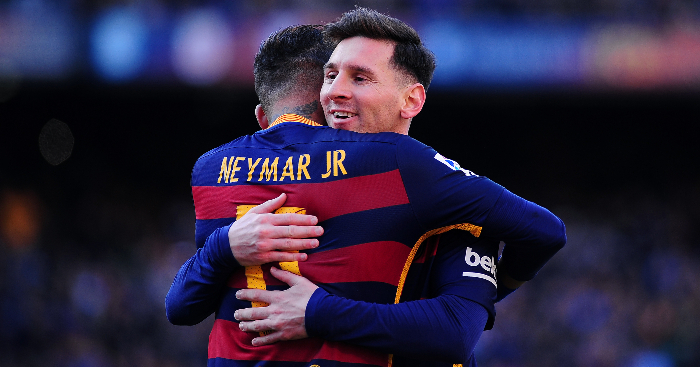 Creative talents are a vital part of any successful team – but which players stand out above the rest in this department?

Using data from Wyscout, @DatoBHJ has sorted out who has the most through passes, smart passes and expected assists per 90 minutes in Europe’s top five leagues, filtering out any players that have played fewer than 900 minutes so far this season.

Lionel Messi’s goalscoring record at Barcelona is out of this world, but he also comes out on top as Europe’s most creative passer.

Neymar isn’t too far behind his former team-mate and the PSG playmaker has set up six goals in Ligue 1 this season.

Kevin De Bruyne had had another sensational campaign for Manchester City, recording 16 assists in 26 league games so the midfielder has a phenomenally high expected-assists-per-90.

Real Madrid’s Martin Odegaard, meanwhile, currently on loan at Real Sociedad, features in the top 2% of all creative passers in the top five European leagues.

Most creative passers in the big 5 leagues season 19-20 pic.twitter.com/4a1H4aN8aJ

@DatoBHJ has also used this metric for specific leagues, including the Premier League, La Liga, Bundesliga, Serie A and Ligue 1.