The new Alves? All you need to know about Spurs target Emerson Royal 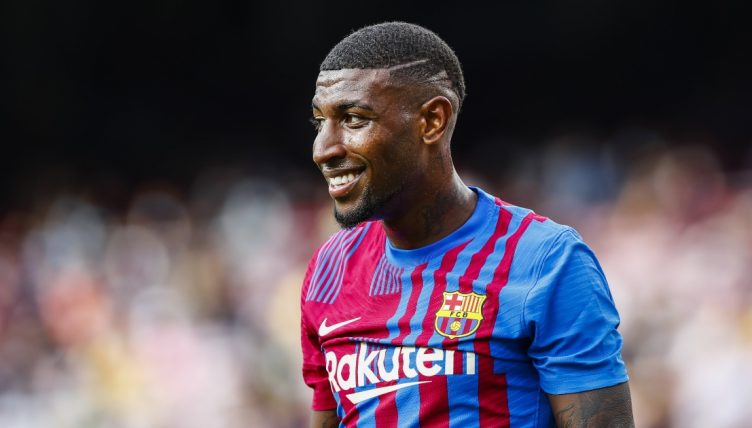 Tottenham are the surprise early season pacesetters in the Premier League but that hasn’t stopped Nuno Espirito Santo from looking to strengthen his squad.

After a turbulent summer, Spurs look to be turning a corner and rumours are suggesting that they’re interested in Barcelona defender Emerson Royal.

We’ve brought you the lowdown on the 22-year-old who could be moving to north London in the near future.

Emerson Aparecido Leite de Souza Junior was born on 14 January 1999 in the city of Sao Paulo.

He joined the youth setup of Ponte Preta, a Brazilian Serie B side, in 2015  after representing the likes of Palmeiras, Sao Paulo and Gremio. He made his senior debut in February 2017 and played in his first top division match nine months later.

By this stage, Emerson had attracted the attention of Atletico Mineiro, who signed him in February 2018. After continuing to impress, the full-back was signed by Barcelona just under a year later.

Confusingly, the deal was a joint financial operation between Barcelona and Real Betis, where each club paid half of the transfer fee and retained a percentage of Emerson’s economic rights.

As a result, Emerson has spent the last two seasons with Betis, making 79 appearances and scoring five goals, before Barca exercised their option to bring him by paying Real Betis €9 million.

The 22-year-old has also represented Brazil, appearing as a substitute in their Copa America final defeat to Argentina.

Emerson plays at right-back where his pace and attacking threat, as well as his defensive work rate, have seen him compared to legendary former Brazil and Barcelona full-back Dani Alves.

This is born out by his statistics at Real Betis. During his spell at the Seville-based club, Emerson netted five times and provided ten assists. He is clearly a very modern full-back, capable of attacking contributions while also providing defensive solidity.

In an interview with Diario SPORT, the youngster said: “Emerson Royal is a player who is physically very strong, who competes hard in every game and who tries to do things properly. He’s not afraid of making mistakes and only thinks about doing his job well and improving every day.”

In the same interview, Emerson said: “Betis is a great team, but I’ve signed for one of the best clubs in the world. It’s important to get to know your team-mates and strive to improve every day.

“I know that I’m going to be given minutes because I’m going to work hard to get them. I’m taking my time, I’m not in any rush. I’ll work hard in order to play many games for FC Barcelona.

“On an individual level, I want to play as many minutes as I can for both Barca and for Brazil.”

“When he was little, he used to tell me – ‘Mom, I want to be like Dani Alves and play for Barcelona’. When he was announced as new Barca player, I cried a lot and so did he.” – Tania Ferreira, Emerson Royal’s mother

“I think Emerson has to help us a lot to build this sporting project that we are looking forward to being a success.” – Joan Laporta, Barcelona president.

“We’re getting a player with a great future who encompasses everything we’ve looked for in signings recently, who is young and increases the quality in the squad. I welcome him to Betis.

He is a player who can get up and down, very physical, who will surely support the team a lot, both as a right full-back and a right wing-back.”  – Lorenzo Serra Ferrer, former Real Betis vice president.

Gil next: The last 11 players Tottenham have signed from La Liga