‘The new Arsenal’: What pundits said about Jose Mourinho after Spurs defeat 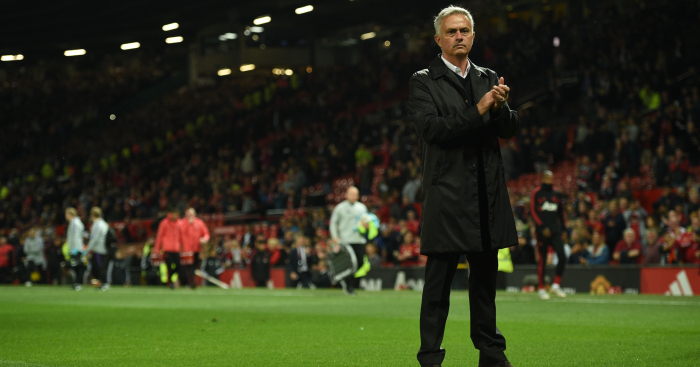 Jose Mourinho is feeling the pressure more than ever as Manchester United manager, with his side crashing to a 3-0 defeat to Tottenham Hotspur at Old Trafford.

With questions surrounding his future with the Red Devils, Mourinho appears not to be taking the pressure too well, walking out of his post-match press conference demanding respect, and suggesting that, despite the result, tactically and strategically his side never lost the game.

With his problems worsening, we take a look at what the pundits are saying about the United boss and whether or not they back him.

Managers that are pragmatic together, stick together.

Allardyce launched a passionate defence of Mourinho, claiming that the result would normally never happen and calling it a freak result.

The former Everton manager claimed United were sucker-punched by poor defending, but that they’d gone out and done as Mourinho had asked and attacked, registering 23 shots and having 57% possession.

Allardyce added that, if United could cut out the mistakes, they’d win far more games than they would lose.

"I'll tell you the stats and why Man United were so GOOD!" 👀

“This is the biggest task Jose Mourinho’s ever had in his life in football and he’s got to come out of it.”

That was the verdict of former United full-back Neville on Monday Night Football following the defeat.

The Sky Sports pundit is of the opinion that the club should stick with their man, but he also said that “the buck stops with the manager” and added there wasn’t the expected element of control and organisation expected of a Mourinho team.

Gary Neville on Mourinho: “He looks emotional to me. I have to say he wanted a response after Brighton, and I think there was an intensity to United in the first 30 minutes that I've not seen in a long time, but once the game settled down, it went from intensity to just chaos.”

“His time is done at Manchester United,” said Keys following the defeat, believing them to be a club in crisis.

Keys also went on to say that players won’t play for Mourinho, or don’t want to join him at Old Trafford due to a boring style of play, suggesting Zinedine Zidane should come in to replace him.

Earlier on, Gray had lambasted them as a collection of individuals rather than a team, laying the blame at Mourinho’s door, before countering Keys’ suggestion with Roberto Martinez, rendering his co-host speechless.

If Mourinho goes who should replace him at @ManUtd? Andy Gray's choice stuns @richardajkeys into silence! #beINPL #MUNTOT #MUFC pic.twitter.com/IoqF7d4469

The Scotsman defended Mourinho, and blasted the rumours about his future at Old Trafford as “stupid”, adding that “it’s ridiculous that they are questioning him.”

Souness, however, admitted that it “is the price on the ticket if you’re the manager of Manchester United and it’s not going well.”

He backed up his defence of the United boss by adding that the progression of Manchester City and Liverpool had made his job even more difficult in the last year, believing that Red Devils fans will be hurt by what they are seeing from their bitter rivals.

If ever there was a way to p*ss the Manchester United fans off, it would probably be to say that they’re the new Arsenal.

And that’s exactly what Chris Sutton did, asking: “Are United the new Arsenal?”

But Mourinho bore the brunt of his criticism, particularly for his press conference antics.

“He sounds like he has lost the plot with his post-match comments,” Sutton said.

“We all watched this game, and they were outclassed.

“There is a blame game going on here and the players do not look like they want to play for him.”

"Are United the new Arsenal?" – @chris_sutton

“He lost his cool there completely for me,” Jenas said following Mourinho’s press conference.

Clearly not a fan of his latest antics, Jenas urged the Red Devils’ manager to focus on the present over the past and fix his troubles at United now.

He also cast his eye over what he believed to be an unimpressive defensive set up from the Portuguese boss.

Jermaine Jenas was not at all impressed with Mourinho's defensive setup.