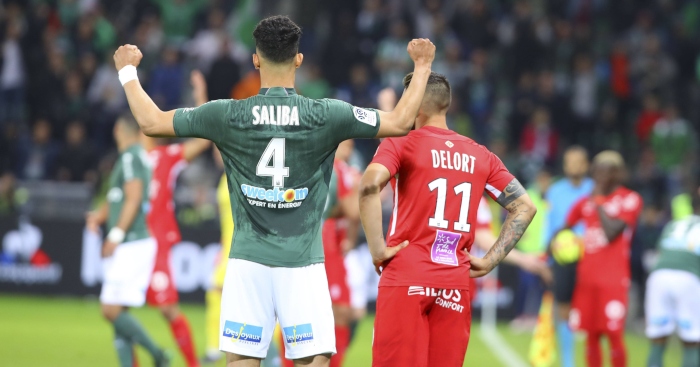 Arsenal have a number of promising youngsters out on loan this season, as well as a couple of more established names, but how have they fared at their respective temporary homes to date?

Given the strife Arsenal have found themselves in over the first half of 2019-20, spending some time away from the Emirates may not be the worst idea for a young player’s development as things stand.

We’ve taken a closer look at how their nine loanees have performed so far this term.

Arsenal signed Saliba from Saint-Etienne this summer in a £27million deal before allowing the 18-year-old centre-back to return to the French outfit on loan for the season.

After missing the start of the campaign due to a hamstring injury, Saliba had a transformative effect on Saint-Etienne’s defence upon his return, reportedly catching the eye of Real Madrid, although he has been missing again in recent weeks.

There is plenty of speculation surrounding Nketiah’s future at Leeds United, with the striker yet to start in the Championship as Patrick Bamford has firmly established himself as Marcelo Bielsa’s first-choice No.9.

Fortune conspired against Nketiah, who was due to start against QPR in November only to suffer an untimely injury on the eve of the game, with Bamford rediscovering his form in the England youth international’s absence.

The 20-year-old’s limited game time has not stopped him becoming a fan favourite at Elland Road with five goals still to his name, and Bielsa has spoken of his desire to see Nketiah stay put not just until the end of the season but for 2020-21 also.

“It’s clear that Leeds consider Nketiah to be a good player for us,” Bielsa said last month. “We’re trying to make him feel that Leeds is the proper place for him to develop.

“Obviously we cannot compete with the top teams in the Premier League. What I am sure of is that if Nketiah is a success here in Leeds, his next step is going to be the top Premier League clubs.”

We’d forgotten about the existence of Elneny to be quite honest with you but we’re happy to inform you he’s actually just playing for Besiktas.

A red card on his first league appearance wasn’t the best of starts, but he has fought back to cement his place in the starting XI with the side sitting third.

The midfielder appears keen on a permanent move, saying: “I’m 100% focused on Besiktas now, I want to win the league & the cup. It feels like it’s my home now, I’m happy here, we play good football with a really good coach – I have a really good chance to be successful here.”

It never quite clicked for Mkhitaryan in England in comparison to his form for Borussia Dortmund in Bundesliga.

After joining Roma, it has been a similar story in Serie A, with injury sidelining the attacking midfielder for almost two months.

Three goals and an assist in 412 Serie A minutes is still a decent return, however.

Young defender Osei-Tutu made Arsenal’s matchday squad in last season’s Europa League, but has been allowed to join VfL Bochum on loan following the return of fellow right-back Calum Chambers.

He has played nine times for the German outfit, eight of those games coming in the 2. Bundesliga and the other one from the bench in a narrow cup defeat against Bayern Munich.

Osei-Tutu also scored his first senior goal in a 3-3 draw with Wehen-Wiesbaden, one of the results which has helped Bochum in mid-table at the season’s mid-point.

Ballard started the season getting eased into the Swindon team, but injury has stopped him in his tracks.

The defender came off the bench on the opening weekend of the season, and played 90 minutes in the League Cup defeat to Colchester, but hasn’t featured since mid-August due to a knee injury.

He returned to Arsenal for treatment and has no set return date at the time of writing.

There’s never a good time to get injured but it feels even more devastating at the start of a brand new season. Surgery went well now I’m focused on getting back to full fitness with @Arsenal. Thanks to @Official_STFC and good luck with the season. 🔴⚪️ pic.twitter.com/mq3MkKdJip

Two years on from his Arsenal debut, midfield man Sheaf is getting a steady run of games at Doncaster Rovers.

He has played 16 league games for the League One club after joining on a six-month loan deal over the summer, helping Darren Moore’s team maintain the best defensive record outside the top two.

Doncaster and Arsenal have reportedly been in talks over potentially extending the deal until the end of the season.

24-year-old goalkeeper Iliev joined Slovakian club SKF Sered in the summer of 2019 has been their first choice between the sticks ever since, conceding 26 goals in 18 games.

He’s been at Arsenal since 2012, but won’t be on their books much longer, having agreed to join his Slovakian club on a permanent basis at the end of the season.