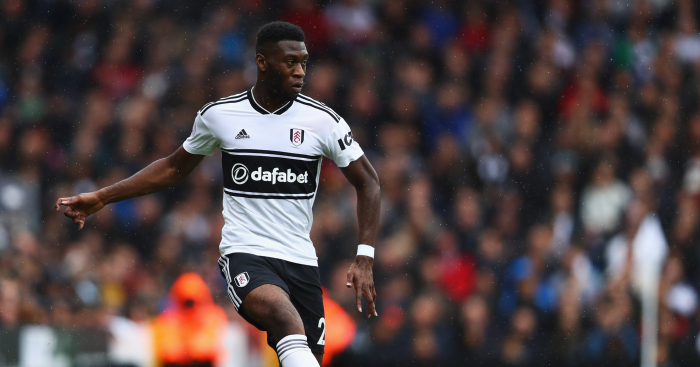 Nine players left Manchester United on loan in the summer – but how are they faring at their respective temporary homes?

Breaking into Jose Mourinho’s first team is a daunting task for youngsters, and many have been sent out on loan in order to gain further experience in senior football.

We’ve taken a closer look how each of the nine players have started 2018-19 away from Old Trafford.

Still only 21, Borthwick-Jackson’s prospects looked bleak after the left-back was sent back early from loan spells in the Championship with Wolves and Leeds United in the past two seasons amid concerns about his attitude.

The former England youth international made a combined seven league appearances for the two clubs and was forced to drop down a further division when he moved to Scunthorpe on a season-long loan deal in the summer.

Despite suffering a serious head injury in a victory over Wimbledon, Borthwick-Jackson is enjoying his best run of first-team football, making 17 appearances in all competitions.

He even bagged himself a match-winning brace in a 5-3 thriller against Charlton, although Scunthorpe are struggling towards the bottom of League One.

One of United’s most highly-rated prospects, Fosu-Mensah had the taste of regular first-team football on loan at Crystal Palace last season and joined Fulham on a similar arrangement over the summer.

Playing in the Cottagers’ defence which has conceded more goals than any other side in the Premier League is not an easy task for the 20-year-old, who put through his own net in the Londoners’ 1-0 defeat at Huddersfield Town earlier this month.

Before the last couple of games I thought Fosu-Mensah was a decent defender. I might be wrong 😐 #ffc

“Yeah, really good. He’s also a bit of a cult hero. When we score he does laps of the pitch and jumps into the crowd.”

He sounds ace, to be fair.

Alongside Borthwick-Jackson and Marcus Rashford, Mitchell is another product of Fletcher Moss Rangers and made his one and only United appearance to date when starting at left-back in a 2-0 win over Crystal Palace on the final day of the 2016-17 campaign.

The 21-year-old spent the second half of last season on loan at Hearts and rejoined the SPL side in the summer after signing a contract extension at Old Trafford until 2020.

Mitchell was named United’s Reserve Player of the Year for 2017-18 and is currently a fixture of a Hearts team which is flying high in the SPL, sitting level on points with Celtic at the top of the table.

A quick Google search for O’Hara reveals last year he broke up with Love Island contestant Montana Brown, who said: “He didn’t even know how to peel a potato.”

The goalkeeper is now on his sixth loan spell away from Old Trafford with Macclesfield Town, but he has played in just eight of 17 League Two fixtures as the side sit bottom of the Football League.

Brown did, however, add that he’s “very loving”. So that’s nice.

Pereira has a handful of United appearances to his name and had already been sent on loan to the vastly contrasting surroundings of Rochdale and Belenenses prior to 2018-19.

The 22-year-old impressed on the club’s pre-season tour to the US and Jose Mourinho has placed on record his faith in the youngster, tipping him to become “the best Portuguese goalkeeper of the next generation”.

With Lee Grant arriving as third-choice stopper, Pereira was allowed to join Vitoria Setubal on a season-long loan, and only four teams have conceded fewer goals in Liga NOS this term.

Another prospect who has excited plenty of United fans, Tuanzebe spent the second half of last term on loan at Aston Villa, only for injuries to restrict his outings.

The 21-year-old returned to Villa Park in the summer and has started 14 of the side’s 17 Championship fixtures, and he now has the chance to learn under one of the greatest defenders of his generation in John Terry.

“I have a good relationship with John,” Tuanzebe told manutd.com. “He helps me a lot every day and continuously gives me pointers on how to improve my game.

“He is always available for when I need him and offers himself to help me and the team.”

Yet to appear for United, Willock spent the first half of 2017-18 in the Netherlands with Utrecht before joining St Johnstone in January.

The midfielder returned to Scotland with St Mirren in the summer and has made 11 appearances in all competitions.

A 22-year-old midfielder on loan at the second bottom side in the SPL probably isn’t a good look for a United prospect, but at least we now know where Simeon Jackson and Anton Ferdinand are playing.

It seems an awfully long time since Wilson scored twice on his Manchester United debut under Ryan Giggs.

Fast forward over four years, and the striker, who suffered a serious knee injury while at Derby County in 2016, has scored a further nine league goals, the two most recent of which have come on loan at Aberdeen.