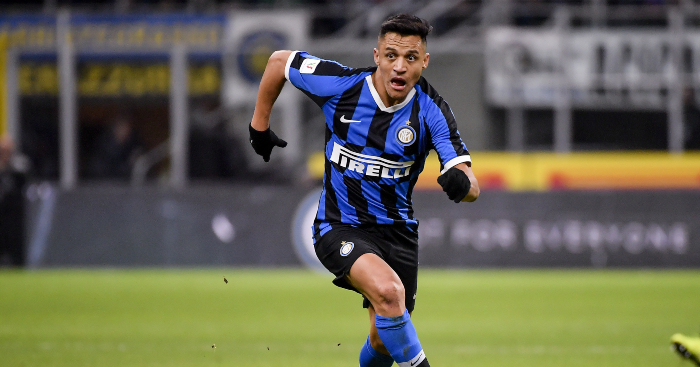 Manchester United have used the loan market to strengthen their squad with new cult hero Odion Ighalo – and it has also allowed them to give youngsters the chance to experience valuable first-team minutes and get a few senior players’ salaries off the wage bill.

While the likes of Alexis Sanchez and Chris Smalling have been sent to Serie A, Dean Henderson is enhancing his reputation at Sheffield United.

We’ve taken a closer look at how United’s nine current loanees are faring at their respective clubs. Jacob Carney, Alex Fojticek and Max Taylor have been excluded as their moves to Stocksbridge Park Steels and Stalybridge Celtic suggest they aren’t going to be troubling the senior side any time soon.

The first of three goalkeepers to kickstart this list, O’Hara is onto his seventh loan spell away from Old Trafford by spending the season on loan at Burton Albion.

Now 23, O’Hara had been ever-present in League One until recent weeks, when he was banned for six matches after allegedly biting the arm of Peterborough forward Sammie Szmodics.

The incident has been the only blemish on a season in which he has won his first two caps for the Republic of Ireland.

The United loanee attracting the most intrigue this season, Henderson is thriving for a second consecutive season at Sheffield United, stepping up to the Premier League and earning calls to displace Jordan Pickford as England’s No.1.

His future at Old Trafford remains unclear, however, with David de Gea firmly established as first-choice despite a number of errors creeping into his game.

The situation has led to speculation Chelsea could bid for the 23-year-old in the summer, although recent reports suggest United will try to tie Henderson down to a long-term deal.

Can't wait for him to be United's No.1pic.twitter.com/rj8h2TexUx

While Henderson and O’Hara are enjoying productive seasons, fellow goalkeeper Pereira has endured a difficult season on loan at Hearts.

Pereira is the only member of the trio to make a senior appearance for United, but keeping three clean sheets in 20 appearances for the bottom side in the Scottish Premiership is hardly a good look, especially now he has been dropped from the starting XI after conceding 16 goals in his last three league appearances.

Is there a sadder footballer in the world right now?

Sanchez’s complete loss of form since moving to United has failed to show any signs of turning around since being bombed out on loan to Inter.

The forward missed the majority of the first half of the season due to injury and has only returned to play a part in Inter’s crucial defeats to Juventus and Lazio which saw them fall nine points behind in the title race, having previously topped Serie A for much of the campaign.

A permanent move to the San Siro appears unlikely, and United may once again struggle to shift the 31-year-old’s massive wages fin the summer.

We still like to remember him before he became a punchline.

Smalling has at least provided one United loanee with a success story in Serie A, shining for Roma and missing just one league game since breaking into their starting XI.

The centre-back’s form has led to United reportedly upping their asking price for his service on a permanent basis, potentially scuppering Roma’s hopes but opening the door for teams in England.

Smalling’s renaissance has not gone unnoticed by Gareth Southgate, with the England boss admitting he now “regrets” the way he publicly criticised the defender’s ability on the ball amid a potential recall after three years in the international wilderness.

"It will be an interesting decision to make"

Like Pereira struggling at Hearts, Hamilton has had to do it tough this season, tasting victory just twice in 26 League One appearances for Southend and Bolton.

After a promising start to his senior United career under Louis van Gaal, Borthwick-Jackson’s career has gone backwards following loan moves to Wolves and Leeds United which were cut short amid questions about his attitude.

He featured more regularly on loan at Scunthorpe last season, but it was a familiar story as the left-back returned to Old Trafford early from a loan spell at Tranmere Rovers in January.

The 23-year-old has now dropped down to League Two with Oldham Athletic, playing six times to date.

Tanner featured 29 times in all competitions for Morecambe in the first half of the season before switching to Salford City in January.

It may be a decision both United and Tanner live to regret as the 20-year-old has failed to even make a matchday squad for Salford.

George has not appeared in a Salford 18 man squad since his loan move 5 games ago.

He rarely missed a game for Morecambe, so unless Tanner is injured (Salford manager hasnt said he is) then this loan is a strange one since he played at Morecambe every week

After being linked with a transfer away from United for what felt like his entire stay at Old Trafford, Rojo finally left to return to his former club Estudiantes in January.

The defender has played just once for the Argentine outfit to date, and Gazzetta dello Sport have linked Roma with a summer move for the 29-year-old.