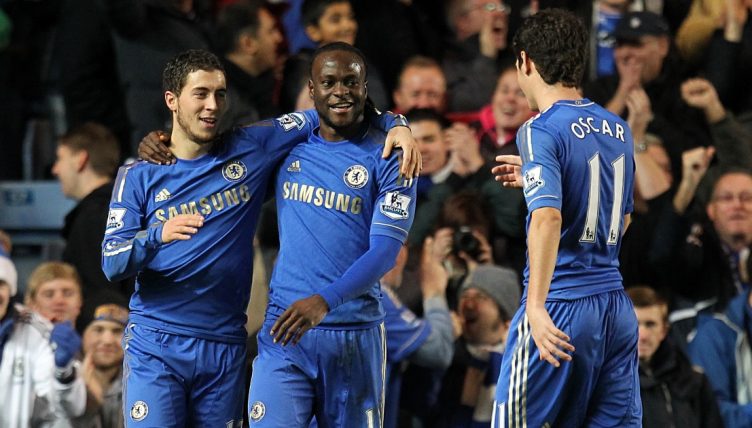 On May 26, 2012, Eden Hazard took to Twitter to bring an end to months of speculation, announcing that he was to join the champions of Europe, Chelsea.

Hazard had forged a reputation as one of the best young players in Europe at Lille, and lived up to the hype at Chelsea, becoming a Premier League Player of the Year in 2014-15 and playing a starring role in two league titles before he was sold to Real Madrid in 2019.

But Roman Abramovich sanctioned more additions to help bolster Roberto Di Matteo’s Champions League-winning squad, with nine others arriving that summer alongside the Belgian. We’ve taken a look at how they fared.

He had a reputation as a teenage prodigy and was just 15 years old when Chelsea reportedly beat the likes of Barcelona, Real Madrid and Manchester United to his signature.

Musonda spent the following years developing his skills in Chelsea’s famed academy, featuring alongside the likes of Dominic Solanke, Ruben Loftus-Cheek, Fikayo Tomori and Tammy Abraham as the young Blues won the FA Youth Cup in 2014 and 2015.

He made three Premier League appearances, and seven in all competitions, as Antonio Conte’s Chelsea finished a disappointing 5th in 2017-18, but he’s had to look further afield for more senior opportunities. Loans at Real Betis, Celtic and – of course – Vitesse have followed.

Charly’s older brother, Lamisha, left Anderlecht for Chelsea on the same day as his sibling in July 2012.

He spent 18 months on the books at Stamford Bridge but never made appeared for the first team and returned to Belgium in January 2014, signing for KV Mechelen, but only made two Belgian Pro League appearances.

After three years without a club, he joined Spanish lower-division side UE Llogstera B in 2017 and has been turning out for Congolese club TP Mazembe since 2018.

The lesser-known third Musonda brother, the Tomi to Shola and Sammy Ameobi, doesn’t even have a Wikipedia page.

After five years at Chelsea, making the odd appearance for the youth ranks and one international appearance for Zambia in 2014, Tika moved to UE Llagostera B (along with Lamisha) on a free transfer in 2017 before another brief stint at Palamos CF.

He was released by Palamos and retired from football before rejoining Chelsea as a youth scout in November 2020.

Pretty cool to see that Tika Musonda has joined the scouting team at Chelsea now. pic.twitter.com/pDv0AKNP8b

A highly-rated Denmark Under-16 international, Christensen first arrived at Chelsea not long after his 16th birthday.

After featuring alongside Charly Musonda in the 2014 FA Youth Cup win, he eventually made his senior debut on the final day of the 2014-15 title-winning campaign and also starred as Chelsea’s youngsters won the UEFA Youth League that same year.

Having impressed during his two-year loan at Borussia Monchengladbach, named their Player of the Year in 2015-16, he has since returned to his parent club and made regular appearances under Antonio Conte, Maurizio Sarri and Frank Lampard, before Thomas Tuchel took the centre-half’s game to a new level.

A hero of Chelsea’s 2021 Champions League triumph, the Dane is now into the final few months of his contract at Stamford Bridge. He’d be a huge loss. 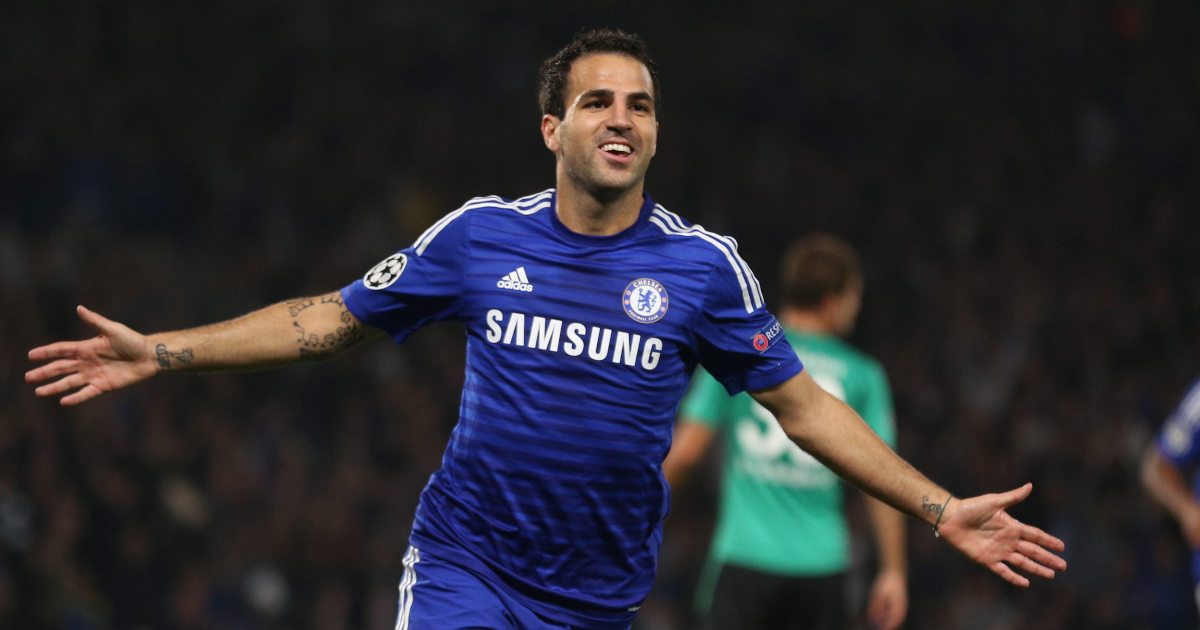 READ: Christensen next? The 13 players to play for both Chelsea and Barcelona

Former Germany international Marin, who made two appearances for Die Mannschaft at the 2010 World Cup, left Werder Bremen in the summer of 2012.

After signing for the Blues for an undisclosed fee, his four years at the club amounted to 16 appearances in 2012-13, including a peripheral part in their Europa League-winning campaign.

Loans to Sevilla, Fiorentina, Anderlecht and Trabzonspor followed before he moved permanently to Olympiakos in 2016.

He’s currently at Hungarian side Ferencvaros, after short spells in Saudi Arabia with Al Raed and Al-Ahli. That’ll be quite a well-stamped passport then.

Having turned out for Lens while his older brother was tearing it up for their local rivals Lille, Thorgan and Eden enjoyed a family reunion at Chelsea in 2012 – but it wouldn’t last beyond pre-season.

While Eden became an instant hit at Stamford Bridge, Thorgan made one appearance for Chelsea’s Under-21s before spending his entire time away on loan. Two years at Zulte Waregem were followed by a year at Borussia Monchengladbach, where his move was made permanent in 2015.

More of a late developer than his superstar sibling, Thorgan started to shine in the Bundesliga, hitting double figures for goals in back-to-back seasons at Gladbach before making the step up to Borussia Dortmund in 2019. He’s also become a regular for Belgium, playing alongside Eden, since 2017.

And the finish to match from Thorgan Hazard! 🔥

The former Mönchengladbach man puts Dortmund in the lead at Borussia-Park… pic.twitter.com/LaszLdDdaO

Slightly erratic and occasionally brilliant, Chelsea paid a reported £25million for Oscar when he was still just 21 and making a name for himself in Brazil.

He scored 38 goals in 203 appearances for the Blues, playing a prominent role in the 2014-15 Premier League title, before a sudden shock £52million move to Shanghai SIPG in December 2016, which remains the Chinese Super League’s record signing.

“To end my career, I would like to return to Chelsea,” the Brazilian told The Guardian in January 2021. “I built a beautiful story there and went to the Premier League very young, at a time when fans did not trust Brazilian players that much.

“I helped change that. I’ll be a bit older when I try this move again but, as I am playing very well, with good stats, I feel there is still a place for me at Chelsea.”

The Spanish defender, 31, is approaching a ninth-successive season in which he’s made at least 40 appearances for the Blues.

He’s won the Premier League (twice), the FA Cup, the League Cup, the Europa League (twice) and went on to complete the full set with the Champions League last season.

Having seen the likes of John Terry, Frank Lampard and Didier Drogba depart during his time at the club, Azpilicueta is now Chelsea’s longest-serving senior player and a trusted leader in Tuchel’s squad. 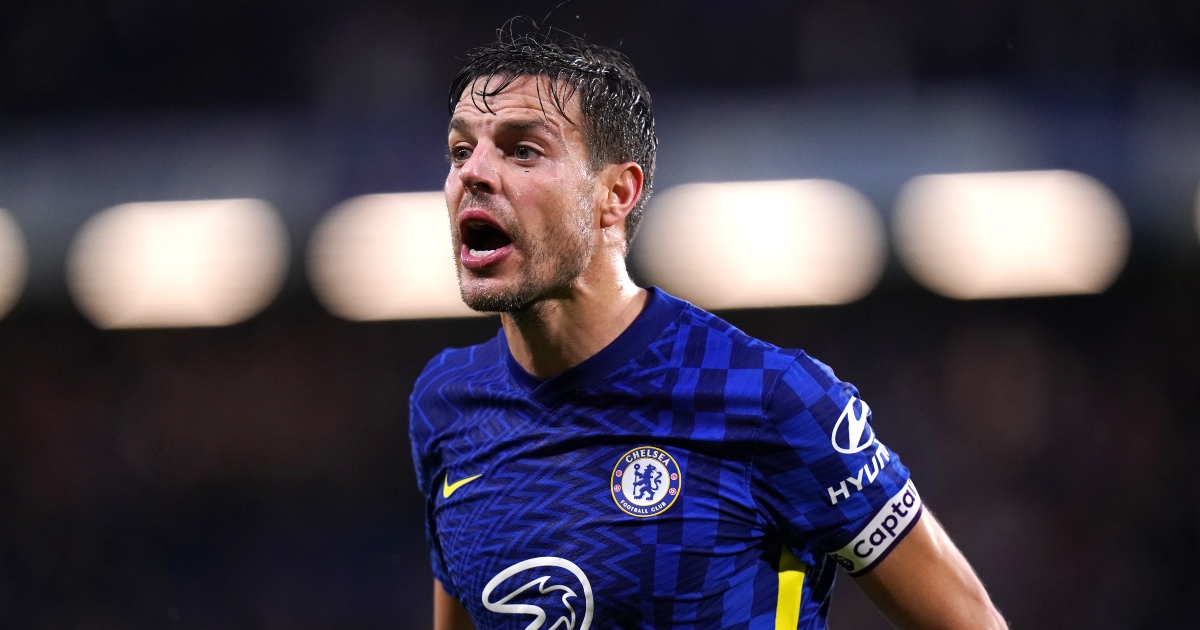 READ: Ranking every Chelsea captain of the PL era from worst to best

Believe it or not, Moses almost managed a full decade on Chelsea’s books after Wigan eventually accepted a fifth bid for his services in 2012.

The Nigeria international scored 10 goals in 43 appearances during his debut season, but he had an up-and-down time of it ever since.

Loans to Liverpool, Stoke and West Ham followed before he suddenly found himself welcomed back into the fold, becoming a perfect candidate to play as a wing-back in Conte’s title-winning 3-5-2 system in 2016-17.

Things weren’t so successful the following year, and following the Italian coach’s sacking, Moses returned to the loan carousel, turning out for Fenerbahce and briefly reuniting with Conte at Inter before featuring for Spartak Moscow in 2020-21. He joined the Russian side on a permanent deal last summer.