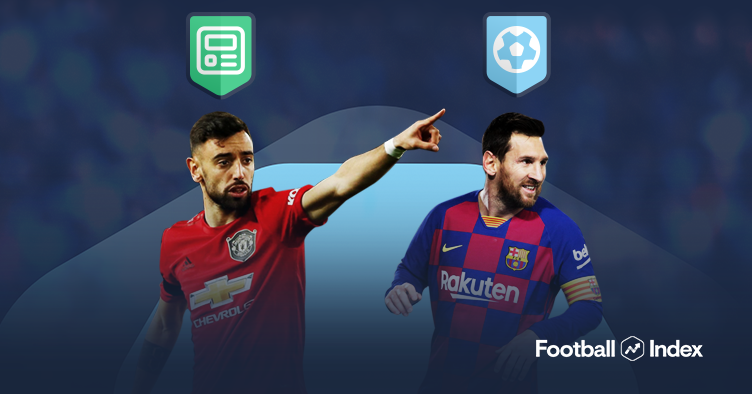 We all love a dividend.

And we’ve got the Dutch East India Company to thank.

Yes, in 1602 this shipping megacorporation decided that they would distribute some of their profits annually to their shareholders, and the concept has stuck ever since.

But sod getting a dividend once a year – on Football Index you are eligible for three types of dividend every day.

As well as dividends, Football Index, like any other stock market, allows you to trade shares in players, whose prices depend on the number of people buying and selling those shares. So a good month of performances can see a player’s price quickly rise as more traders buy shares, while poor performances, an injury or just being left out of the team can lead to traders selling shares and that player’s price falling.

Here’s how the dividend structure works:

If a player ends the day as the most mentioned in the media, and you own shares in him on Football Index, then you will receive a ‘dividend’ of up to 5p per share. As an example, if you own 100 Paul Pogba shares, then you could make up to £5.

Similarly to the media dividend, if a player performs the best on a matchday, and you own shares in him, then you will receive a ‘dividend’ of up to 8p per share. Once again the Pogba example would apply, but this time you could make £8 from 100 shares.

A concept which gives you the chance to win matchday dividends in the first 30 days of owning a player. Typically the previous two methods will bring most of your rewards, but if you think, for example, that a striker will face a number of leaky defences in the next month, then you could throw your cash behind that prediction.

For more information on the dividend structure, see here.

Now you’re probably wondering how to make the most of this potential money-spinner.

Well, luckily for you, we’ve been busy bees and done the hard work already.

We’ve looked at media and matchday dividend data for the last three months (November 1 to February 4) to see which players on Football Index have been scooping up the daily dividend prizes.

And it makes for some interesting reading.

The returns are done on a per-share basis, so if, for example, you owned 100 Bruno Fernandes shares you would have made £64 in the three months.

And that’s just in dividends, not taking into account whether his share price went up – which it did, from £2.50 at the start of November to £4.97 at the start of February, a rise of almost 100%. Not bad eh?

As such, it’s perhaps no surprise to anyone following Football Index over the last few months to see Bruno Fernandes so far out in front.

For those who bought shares in the former Sporting Lisbon midfielder back in November, they would now be sitting on a tidy sum thanks to a slow-burner of a move that took until the final few days of the window to conclude.

For Paul Pogba, you can badge his dividend success against 1) and 2). He is constantly linked with a move away from Old Trafford, something that he and his agent Mino Raiola do little to dampen.

Allied to this, Pogba’s aborted comeback for United because of surgery has thrown another layer of speculation and doubt to his overall situation.

Three of the other most talked-about injuries happened over the last three months, to Harry Kane, Andre Gomes and Marcus Rashford respectively, and that explains their appearance in the list.

Lastly, for on-pitch deeds, that’s where Lionel Messi and Cristiano Ronaldo come in. Though much of their excellence leads to matchday dividends (see below), it also crosses over into media dividends when they do something ridiculous or break a record – which tends to be quite often.

Once again, the winnings are done on a per-share basis, so if you owned 100 Messis you would’ve made £42.

And as we saw for the matchday example, that’s not taking into account any growth (or decrease, we should add) in his share price.

While it’s not a shock to see the holy trio – Messi, Ronaldo and Neymar – in the top five of this list, it’s the other names we want to look at.

For starters, who would have predicted Josip Ilicic be on there?

The mercurial Slovenian has been a YouTube clip sensation for a while now, but to almost equal Messi over a three-month period is something else altogether.

It shows that purple patches can get recognised on Football Index and that unpredictable punts can really pay off for traders that hold big positions in a player.

And secondly, if you look across all the charts in this piece, you’ll notice only two defenders – Trent Alexander-Arnold and Virgil van Dijk, matchday machines who also top up their matchday ‘earnings’ through the odd media dividend win.

And their current prices on Football Index reflect that, with Alexander-Arnold at £7.06 and Van Dijk at £3.09. The latter was at £2.54 as recently as November, so when you ally that share price growth with his dividend return, the big man looks a steal.

Looking at the cumulative top 10 of matchday and media dividend winners over the three months, if you take Fernandes as an outlier thanks to his drawn-out transfer, then Messi and Ronaldo are leading the way of yet another ranking.

Ronaldo turned 35 this month, but he’s just scored in 10 consecutive Serie A games.

And Messi wasn’t even on the pitch for a couple of weeks due to the La Liga winter break yet is still right up there.

They’re the gift that keeps on giving, and with the Champions League about to return, they’ll surely take centre stage once more in the coming months.