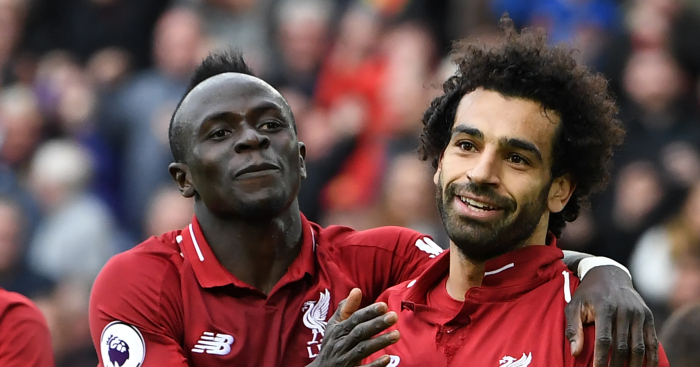 The fate of a Premier League team can often be decided by one moment so some goals are far more significant than others.

A lot of players can score when they are under no pressure but the best forwards step up in difficult situations and single-handedly win their team three points.

We’ve looked at which players have scored the most match-winning goals in the Premier League since the start of the 2017-18 season.

While Harry Kane has been out injured, Son has often scored big goals in vital moments to become Tottenham’s clutch performer.

The forward has scored 12 winners in the league over the last two and a half seasons with the latest coming in Spurs’ 3-2 win over Aston Villa earlier this month.

Vardy might be 33 but there are no signs of him slowing down and the striker is still one of Leicester City’s most important players.

He is the Premier League’s top scorer so far this season and has managed 12 match-winning goals for the Foxes since the start of 2017-18.

Manchester United have often had to rely on a moment of brilliance Rashford over the last two and a half years, and he has 12 winning goals.

Before his injury, the 22-year-old had scored five winning goals for United this season including strikes against Tottenham and Manchester City.

Cool as you like from Man Utd's No.10 and the hosts are back in front#PLonPrime #MUNTOT pic.twitter.com/bC1ZQxMfJo

Lacazette has been heavily criticised this season, but he has still managed 12 winning goals for Arsenal since the start of 2017-18.

The Frenchman hit a total of nine winning goals in 2018-19 and no Premier League player could better that tally.

Where would Arsenal be without Aubameyang?

The striker didn’t move to England until January 2018, but he has still managed 13 winning goals in the Premier League for the Gunners.

It feels like a long time ago when people were criticising Sterling’s finishing.

The 25-year-old has developed into a key player for Manchester City and his 13 match-winning goals have helped them win two Premier League titles.

Mohamed Salah’s goals may steal the headlines, but Mane often finds the back of the net when it matters most for Liverpool.

He has managed 14 winning goals in the Premier League for the Reds since the start of 2017-18, and the winger has scored the winner in Liverpool’s last two league games.

That ball from Hendo 🤤
That touch and finish from Mane 😍

Firmino is often criticised for his lack of goals, but when he does score it’s usually pretty decisive.

The Brazilian has managed 14 winning goals in the Premier League over the last two and a half years and six of his eight league goals this season have been winners.

Aguero famously scored the goal which won Manchester City the Premier League in 2012 and the striker has scored 17 winners since the start of 2017-18.

His seven match-winning goals in 2018-19 proved essential as City beat Liverpool to the title by just two points.

Kane has an incredible goalscoring record for Tottenham in the Premier League, and he also steps up with key goals in crucial moments.

The 26-year-old has scored 18 winning goals for Spurs over the last two and a half seasons so it’s not surprising that they struggle without him.

The view from pitchside for @HKane's winner on Saturday 😍 #THFC ⚪️ #COYS pic.twitter.com/jG9EbDwtHK

The winger has already scored a league-high seven winners this season and those goals have helped Liverpool go 22 points clear at the top of the table.