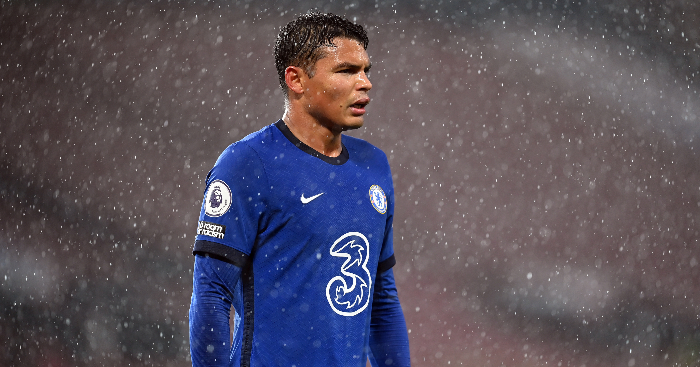 We’re now just past the quarter mark of the Premier League season, which is as good a time as any to take stock as the table begins to take shape.

Most sides in the league have now played 10 games and while things might still be quite weird and unexpected – West Ham and Southampton in 5th and 6th, we’re looking at you – outstanding individuals are emerging.

Here’s a look through all the different metrics so far this season to see who stands out in each area. All stats come via WhoScored unless otherwise specified – always discounting players to have played fewer than 200 minutes.

Having played every minute in the Premier League so far this season, Tottenham’s Pierre-Emile Hojbjerg has played the most passes of any player in the league with 752 in total.

But Chelsea’s Thiago Silva passes at a more prolific rate, averaging 103.1 passes per 90 minutes. The Brazilian is also top in terms of average pass completion, joint with Man City’s Ruben Dias on 93.2%.

Unsurprisingly Man City’s assist king Kevin De Bruyne tops the chart in terms of key passes (the final pass before a teammate shoots at goal) with 3.6 per 90 minutes.

The same mazy dribblers that caused opposition defences so many issues last season are maintaining the same standards in 2020-21.

Grealish set new Premier League records for fouls won last season, but this season his old childhood friend James Maddison of Leicester City just pips him in that regard, averaging 4.6 fouls won per 90 compared to 4.4 for the Villa talisman.

Southampton’s Oriol Romeu has won 37 tackles so far in 2020-21, the most of any Premier League player. Chelsea’s N’Golo Kante is top of the charts for interceptions, 28 in total.

Sheffield United’s Max Lowe hasn’t racked up quite as many minutes, but of players to have made at last five appearances he averages the most with 4.9 per 90 minutes.

Manchester United’s Paul Pogba commits the most fouls per 90 minutes (4.1), while Leeds United’s Mateusz Klich has committed the most in total (23).

22mph running with the ball 😱

Leeds striker Patrick Bamford leads the charts for total shots (40), one more than Harry Kane, while Bruno Fernandes has tried his luck from outside the box the most often with 18 long-range efforts.

Top scorer Dominic Calvert-Lewin evidently has an eye for poaching, having managed to get the most (nine) shots away from inside the six-yard box, one more than Kane.

Bamford also leads the league for individual non-penalty expected goals (xpxG – via Stats Bomb) – 7.2. Unlike last season in the Championship, he’s about par in terms of his actual goals scored – seven.