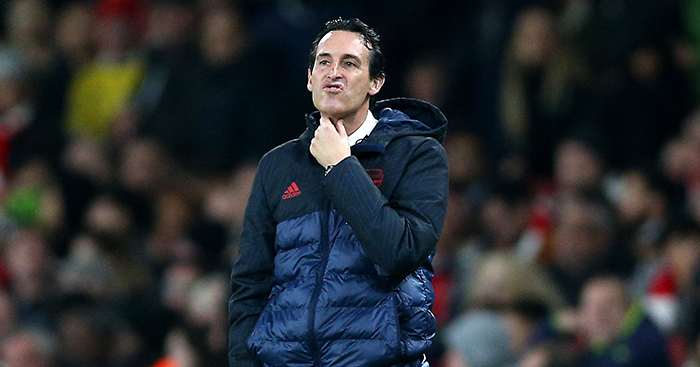 It’s rarely a good idea for football players or managers to search for their names on Twitter – but that is a lot more true of some Premier League bosses than others.

With 10 games gone, the Premier League table is starting to take shape, and there are a number of sides in positions many would not have expected going into the season.

Leicester City, Crystal Palace and Sheffield United are among those who are exceeding most people’s expectations, while Manchester United in seventh and Tottenham in 11th are the most high-profile examples of teams deemed to be under-performing.

However, the data team at BetVictor have analysed over 1 million social media posts from this season and found that Arsenal’s Unai Emery is the most negatively tweeted about manager in the Premier League, with 75% of all tweets sent about the Spaniard classified as negative.

A 2-2 draw against Palace, the Grait Xhaka incident and Wednesday night’s elimination from the Carabao Cup are hardly likely to have helped opinion towards Emery, but he is not alone in being tweeted about negatively more often than positively.

Marco Silva (67%), Mauricio Pochettino (62%), Steve Bruce (57%) and Ole Gunnar Solskjaer (56%) complete the top five, while Chris Wilder is at the other end of the scale with 78% of all tweets about the Sheffield United boss classified as positive.