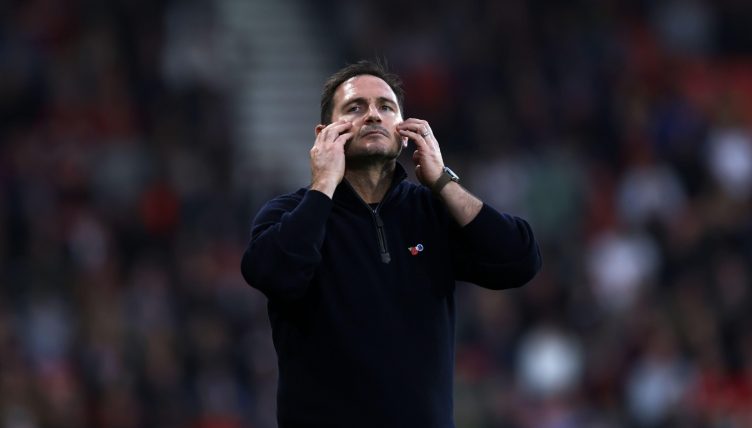 Frank Lampard is coming under increasing pressure at Everton after a string of defeats has left his side facing another relegation battle but we wanted to know how the Toffees have fared since Lampard’s appointment in January 2022.

Despite some rocky moments, Lampard did manage to keep Everton in the top-flight last season with a number of eye-catching victories against some of England’s best sides.

But this season has been another struggle and Everton supporters turned on their side after a second heavy defeat against Bournemouth in a matter of days.

“The fans have a right to be disappointed because they’ve come down here twice this week and seen poor performances and before that we’ve been going OK,” Lampard said after the second of those thrashings. “And then they see that there are performances that they don’t like.

“So when they see after Palace – and we can see that they gave us a welcome – they have to voice their opinion. And their opinions were right today.

“The players have to respect that the fans have a right to voice their opinions – and again they were right today.”

It was another long trip for the travelling support, who have now seen their team net just 11 goals in 15 Premier League matches and Everton are now just one point clear of the drop zone with manager Lampard severely under pressure going into the World Cup break.

We’ve crunched the numbers to compile the Premier League table since Lampard’s appointment to assess the former England manager’s impact at Goodison Park.

Note: we’ve only included the 17 teams that have been in the Premier League throughout Lampard’s tenure at Everton, so ignoring last season’s relegated trio Burnley, Watford and Norwich and this season’s newly-promoted sides, Nottingham Forest, Fulham and Bournemouth.