The Premier League Under-21 team of the season, according to WhoScored

Manchester United and Chelsea players feature in the Premier League Under-21 team of the season according to WhoScored’s average ratings for the 2019-20 campaign.

Ole Gunnar Solskjaer and Frank Lampard both put their faith in young players and those decisions appear to have been vindicated.

Only players aged 21 or under at the start of the 2019-20 season are eligible for selection and the team is displayed in a 4-4-2 formation.

Despite conceding 62 goals in 37 appearances, Ramdale was one of Bournemouth’s most consistent performers in 2019-20.

The 22-year-old made 125 saves in the Premier League last season and only two goalkeepers can better that tally.

Alexander-Arnold has enjoyed another brilliant season, contributing four goals and 13 assists from right-back as Liverpool won the league title.

READ: Where are they now? Alexander-Arnold last U23 team before Liverpool debut

Konsa joined Aston Villa from Brentford in 2019 and the centre-back formed an impressive partnership with Tyrone Mings towards the end of the season.

Tomori fell out of favour in the second half of the season, but still kept four clean sheets in 15 Premier League appearances for Chelsea in 2019-20.

Williams became the latest Manchester United academy graduate to be given a chance by Ole Gunnar Solskjaer, making 17 Premier League appearances in his debut season.

Pulisic has managed to fill the void left by Eden Hazard at Chelsea, registering nine goals and four assists in 25 Premier League appearances.

It's been 24 hours since the #PL season ended which means we're contractually obligated to show you @cpulisic_10's perfect hat-trick highlights again 🇺🇸 pic.twitter.com/iOarBKVkrz

West Ham may have barely avoided relegation from the Premier League in 2019-20, but Rice was a consistent performer in the middle of the park.

The 21-year-old has been heavily linked with a move to Chelsea, but the Hammers would reportedly demand a fee of at least £65million.

Mount has established himself as a key part of Frank Lampard’s side, registering seven Premier League goals and five assists in his breakthrough campaign at Stamford Bridge.

McNeil has been one of Burnley’s standout performers in 2019-20, and he tops the charts for their assists, dribbles and chances created.

With 17 goals and seven assists in 31 appearances, it’s no surprise that Rashford is WhoScored’s Young Player of the Season in the Premier League. 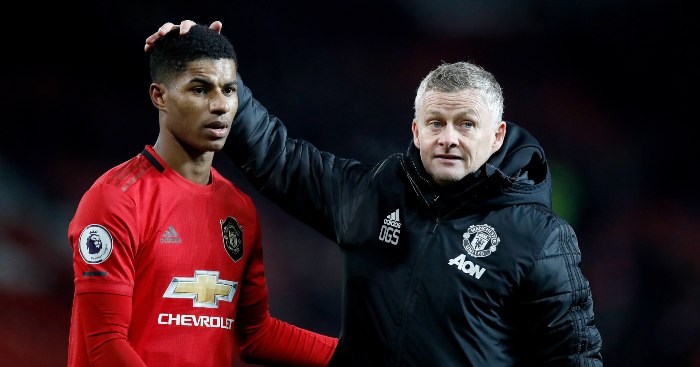 After a successful season on loan at Aston Villa, Abraham returned to Chelsea and scored 15 goals in 34 Premier League appearances in 2019-20.