The relegation battle: The run-ins of every team involved compared 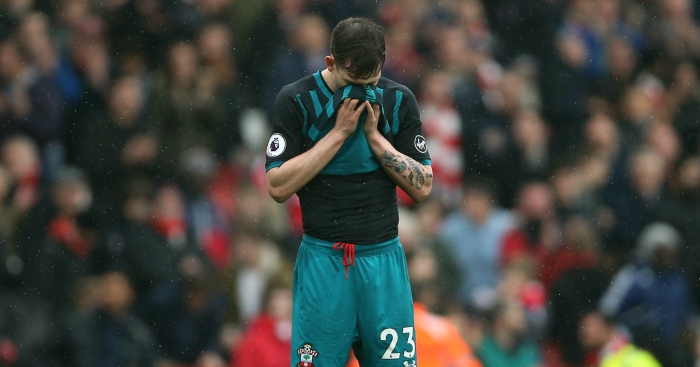 Crystal Palace, Huddersfield Town, Stoke City and Southampton would appear to be the clubs most in danger of relegation from the Premier League – but there are other teams still not out of it.

There is a general consensus that it takes 40 points to beat the drop, but in actual fact the required total is usually lower.

In the 22 seasons since the Premier League was cut to 20 teams, the 18th-placed team has averaged 35.8 points, meaning 36 points would be enough to stay up.

We’ve looked at the remaining fixtures of the teams yet to hit that mark to see who faces the most difficult run-in, and who should be hopeful of escaping.

As you can see, Huddersfield and Brighton have the two toughest run-ins remaining, although both have the luxury of points on the board – albeit the Terriers to a lesser extent.

Managerless West Brom, meanwhile, would need to win all five of their fixtures in order to stay up.

Crystal Palace face the easiest run-in on paper, having gotten fixtures against Liverpool, Manchester United, Chelsea and Tottenham out of the way in recent weeks.