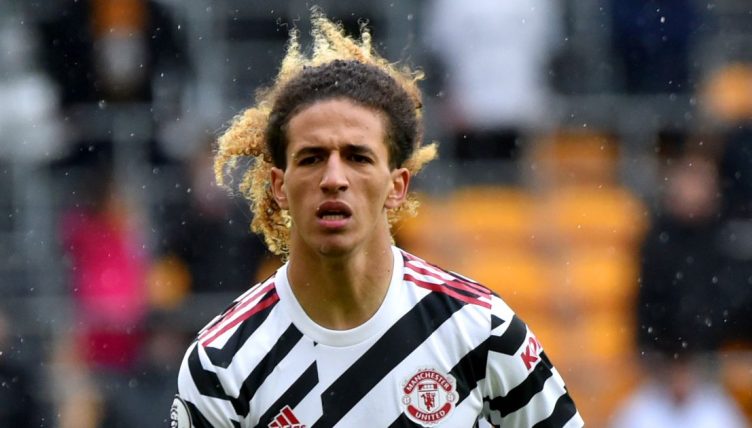 Manchester United have had a very underwhelming first half of the season – but their fans do have some reasons to be optimistic.

Their youth academy remains one of the best in Europe for churning out talent and they have some really exciting talents on their boos.

We’ve taken a look at seven of them who can begin to make a name for themselves in 2022. Note: we’ve don’t included any players that have already made over 10 first-team appearances for the club.

Having joined United’s academy at the age of 16 in a reported £9.3million deal from Monaco, Mejbri is probably the most highly-regarded prospect at Old Trafford.

The 18-year-old midfielder is renowned for his creativity and confidence on the ball and could potentially fill the void left by Paul Pogba’s inevitable departure.

He won United’s Academy Player of the Season award in 2020-21 and made his senior debut as a late substitute against Wolves on the final day of the season.

Mejbri has since got some international experience under his belt, starring for Tunisia in the 2021 Arab Cup before being named in their squad for the Africa Cup of Nations.

“I watched the [Arab Cup] final before his substitution and I’m fully aware that we have another good, highly-talented player coming from our youth ranks and hopefully after the Africa Cup of Nations he can regularly train and be part of our group,” Ralf Rangnick said in December 2021.

Shoretire has already etched his name in United’s history books, becoming the club’s youngest ever player in a European match when he came on against Real Sociedad in February 2021.

The forward, who doesn’t turn 18 until next month, is a standout performer for their Under-23s and has 14 goals in 31 Premier League 2 appearances since the start of last season.

Jesse Lingard looks set to leave Old Trafford at the end of the season and Shoretire will be aiming to take his place in the first-team squad.

With Aaron Wan-Bissaka and Diogo Dalot struggling to convince at Old Trafford, Laird will be looking to stake his claim for a starting spot at United in 2022.

After getting his first taste of first-team football at League One side Millwall in 2020-21, the right-back made a seamless step up the Championship with Swansea City.

He registered four assists and earned rave reviews for his performance in Wales but is now going to spend the second half of the 2021-22 season on loan at Championship leaders Bournemouth.

“He’s spent a year with us [at MK Dons and Swansea] and I think he’s grown incredibly in that time,” Swansea City boss Russell Martin said. “He’s been a really good performer for us this season, his first season in the Championship.

“But his parent club have decided it’s better for him to go and play in a slightly different position with a different club in this league who are fighting hard for promotion. That’s their prerogative. That is the danger you have with loan players.

“We’re gutted, on a personal level, we get on really well. It’s not a decision that was driven by him. He’s not looked to go, it was brought to him by the club.

“He’ll be a loss to us on and off the pitch. He has an infectious personality and he’s had some brilliant performances.”

We’d be surprised if Bournemouth manager Scott Parker isn’t saying the same thing when he returns to Old Trafford at the end of the season. 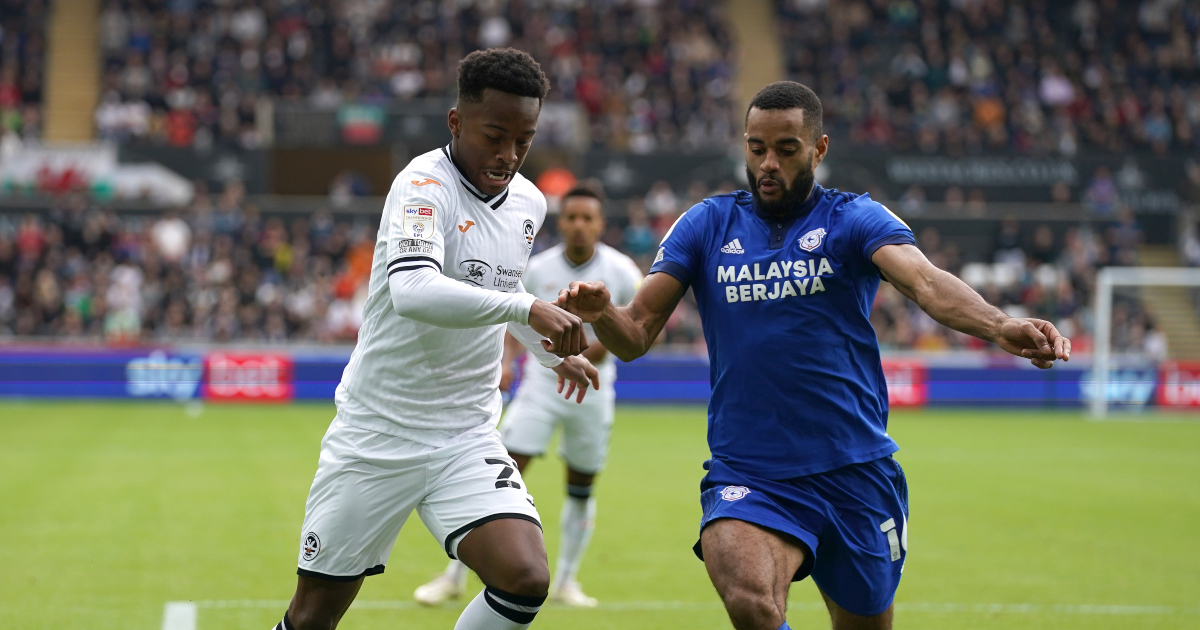 After starring for United’s Under-23s, Elanga made his first-team debut at the end of last season and scored his first goal for the club in a 2-1 win at Wolves.

“He works so hard, he’s always smiley, bright, asking what more he needs to do, he’s so hungry to improve and get better. He can play wide left, wide right, up front.. so anywhere along the front line. He’s going to be an asset.

“If you ask him at half-time to run over to the cricket ground and get us a drink, he’d do it. That’s the type of lad he is.”

The winger also seems to have earned Rangnick’s trust, coming off the bench in recent Premier League games against Crystal Palace and Wolves.

He has been linked with a loan move in recent weeks but could instead take advantage of Anthony Martial’s desire to leave and Marcus Rashford’s poor form.

The 19-year-old's first Man Utd goal is a beauty!

The oldest player on this list, Garner actually made his senior United debut just under three years ago in February 2019.

“I believe he’s got the chance to have a great future,” Ole Gunnar Solskjaer said at the time. “He knows we believe in him, we’ve got great faith in him as the next Michael Carrick.

“I know he’s young and I know it’s not fair on kids to compare to great players like Michael was, but he’s the same mould. He plays simple passes, plays through the lines.”

Despite impressing in the Under-23s, he’s had to bide his time since then and has made just six more first-team appearances for United.

But the 20-year-old is currently enjoying a productive loan spell at Nottingham Forest and has regularly been showcasing his impressive passing range.

United’s problems in midfield have been well documented this season and Garner will be hoping to prove that he can be the solution in 2022. He’s off to a good start, having featured in Forest’s FA Cup victory over Arsenal.

United fought off competition from the likes of Juventus and RB Leipzig to sign McNeill, who had scored over 600 goals for Manchester City’s youth teams.

He has carried on banging them in for United and will be hoping to follow in the footsteps of fellow academy graduates Marcus Rashford and Mason Greenwood.

The fact that Edinson Cavani and Cristiano Ronaldo are both in their mid-30s could see the 18-year-old striker promoted to the first-team squad in the near future. 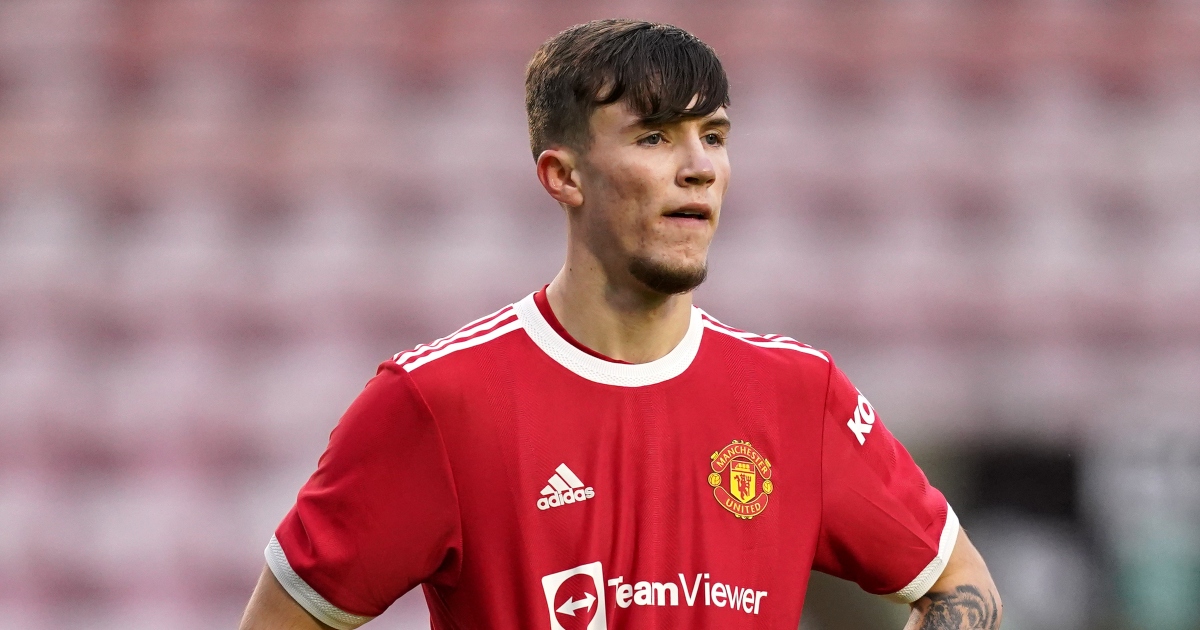 After captaining United at various youth levels, Mengi made his first-team debut in a Europa League game against LASK in August 2020.

“He’s a leader, a [proper] centre-back,” Solskjaer Solskjaer told BT Sport. “He’s one we believe in. He’s in the same age group as Mason [Greenwood].

“They grew up together. He’s strong, quick, good on the ball. We’ve got a decent player there.”

The defender made nine Championship appearances for Derby County in 2021 and is now going to spend the second half of this season at Birmingham City.

With Phil Jones and Eric Bailly facing uncertain futures at Old Trafford, Mengi could potentially move up the pecking order in 2022.