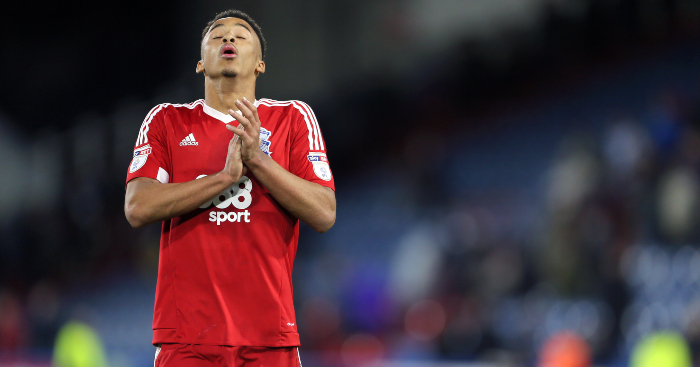 While Arsenal are renowned for signing some of the most promising youngsters in the world, many failed to make the grade at the Emirates, while others are poached away.

Arsenal are currently facing up to the prospect of losing talented starlet Folarin Balogun, with Tobi Amole and Matthew Dennis already confirmed as having departed.

We’ve taken a look at the seven academy players Arsenal released in the summer of 2019 to see how they’ve fared since leaving.

Signed from non-league Hednesford Town for around £40,000 in 2017, just two days after being made redundant from his job working in a Bentley factory, Bramall initially joined Arsenal’s Under-23 squad before an underwhelming loan spell at Birmingham City resulted in just five Championship appearances.

The left-back has played more regularly since joining Colchester United, registering two goals and five assists in 26 League Two appearances, and he hasn’t given up on his lofty ambitions.

“I want to be the best full-back in the world,” he told Sky Sports in December 2019. “I’m just a winner, I’m passionate and I just want to win and I want to get to the highest level as fast as possible.

“I’ve come to the game late and I look at my mates who are younger than me who are at a higher level, but I’m thinking I’m 23, it’s possible. I can get there now. I’ve been there, I’ve dropped, I’ve took a step back, but I’m ready to go again for the next challenge. Anything that comes at me, I’m ready.”

Daley-Campbell ended the 2018-19 campaign on a high, scoring his first goal of the season to secure the Premier League South title for Arsenal’s Under-18s.

But the right-back soon discovered he was not going to be offered a professional deal at Arsenal, despite reported interest from 30 other clubs.

Having previously attracted interest from four Bundesliga clubs, Daley-Campbell rejected the chance to join RB Leipzig and instead signed for Leicester City.

He has yet to appear for the senior squad but continues to represent England at youth level.

What a time to score your first goal of the season… pic.twitter.com/SgrcU3jyjA

Originally spotted by Arsenal scouts at the age of six, Gilmour managed to make two senior appearances for the club with cameos off the bench in the Europa League.

After being released by the Gunners, he joined Norwich City on a two-year deal before being sent on loan to Dutch outfit Telstar, where he has made 24 appearances in the second tier.

“At Arsenal you get the best treatment and everything is of the highest quality, and because they are one of the biggest clubs in the world you get everything handed to you on a plate in terms of best facilities and coaches,” Gilmour told World Football Index.

“Arriving at SC Telstar was very different but it taught me the real world really, and I did not realize it was like this I feel that I have learned a lot more here in the Netherlands than I would have done if I had stayed at Arsenal.

“I have also learned a lot about myself and I will always be grateful what you get in life, both in and outside of football in that aspect.”

Charlie Gilmour on Mesut Özil: “I still look at the picture [substitution for Özil] every day, whenever I’m feeling down or even happy I’ll just look at the picture, I’ve got it as my screensaver. He is definitely the best player I’ve seen up close in training.” pic.twitter.com/HXsIrAUYwF

At the age of 23, Pleguezuelo’s CV includes spells at Atletico Madrid, Barcelona and Arsenal, where he spent six years before being released last summer.

The centre-back captained the Gunners’ Under-21 side and was given a senior outing in a League Cup victory over Blackpool in 2018, having also spent time on loan in the Spanish second tier.

After being picked up on a free transfer by FC Twente, Pleguezuelo has made himself a regular in the Eredivisie, making 19 appearances in his maiden campaign.

Still just 19, Spencer-Adams swapped Arsenal for Watford in the summer.

His first taste of senior football was a chastening experience: the defender started both games as Watford were dumped out of the FA Cup by Tranmere Rovers following a replay.

One player Arsenal tried desperately to keep, Musah was considered one of the standout prospects at Arsenal, only to leave for Valencia, where he thought he had a clearer pathway to the first team.

Born in America and also eligible to represent England and Ghana, the 17-year-old midfielder has shown you can take the boy out of Arsenal but not the Arsenal out of the boy by helping Valencia to victory over Chelsea in the UEFA Youth League, while also making 17 appearances for Valencia Mestalla in the third tier.

Time will tell whether Musah proves to be one that got away from Arsenal.

“It’s been a good journey with Arsenal since 2016 despite never played (sic) any official game for them,” Nwakali wrote on Instagram upon leaving Arsenal in September.

“I have gained a lot from my time here and everybody involved with the club have been great to me.”

The midfielder spent last season on loan at Porto, only for the deal to be cut short due to visa issues, and left north London to join Spanish outfit Huesca.

Arsenal had originally beaten off a host of top clubs to the signing of Nwakali, who captained Nigeria to Under-17 World Cup glory in 2015, but his career has stalled, making just two appearances in the Spanish second tier to date.

His former Nigeria Under-17 coach Emmanuel Amuneke has challenge Nwakali to knuckle down to get his career back on track, emphasising his unique talents in an interview with Goal.

“As a player and coach, I have seen a lot of good players and midfielders but the kind of quality Nwakali possesses is what I have not seen in any other Nigerian,” he said.

“He is a kind of player that can see beyond what other players are seeing, a player that has a vision and a player who can play a ball that can result in a goal.”