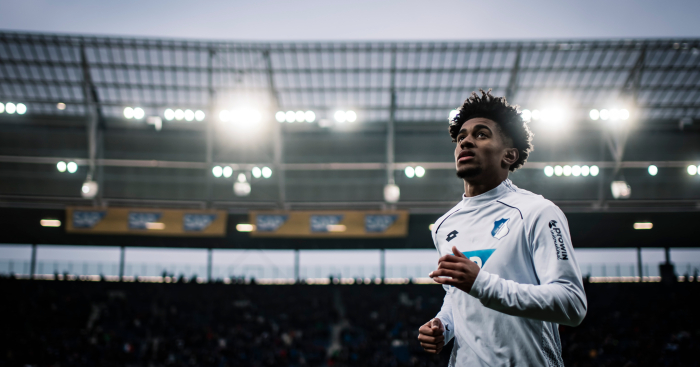 Arsenal are still getting to grips with life under Unai Emery – but there are encouraging signs for the future from a number of promising players out on loan.

The Gunners have impressed at times under their new boss, but the inconsistencies which blighted the later years of Arsene Wenger’s reign remain evident.

But the performances from some of their younger players, both currently at the club and out on loan, suggest the future could be bright in north London.

Nelson has been nothing short of a revelation at Hoffenheim, scoring six goals in just 492 minutes in Bundesliga and gaining experience of Champions League football.

Plenty of Arsenal fans are already rubbing their hands at the prospect of seeing Nelson feature in the first team next term.

Happy birthday to the future Arsenal star. Reiss Nelson’s banging goals for fun in the Bundesliga, fully expected to be huge part of the first team next season. 🦁🔥 pic.twitter.com/Yo7OjtEuwg

Ospina joined Napoli on a season-long loan deal after falling down the pecking order due to the arrival of Bernd Leno at the Emirates, but his time in Italy has so far not gone to plan.

While the Colombia international has featured 16 times in all competitions, he has found himself in and out of the starting XI, spending the last four Serie A fixtures on the bench.

The loan deal contains an option for the move to be made permanent in the summer, according to ESPN, but it remains to be seen whether that will be taken up.

With Petr Cech retiring at the end of the season, there could be room for the 30-year-old to return to Arsenal.

Another option to step up to No.2 next term for the Gunners, Macey has appeared twice for Arsenal’s first team and was handed a new long-term contract before joining Plymouth Argyle on a season-long loan deal.

The 24-year-old had been an ever-present for the League One strugglers before suffering an injury in late December, meaning he has missed their last four fixtures.

Like Macey, Chambers was handed a new contract before being sent to Fulham for the season.

The England international (honestly) initially struggled at Craven Cottage but has impressed in recent weeks after switching to a midfield role, which is where he was utilised by Unai Emery in pre-season.

After being criticised by Charlton boss Lee Bowyer for trying to dribble the ball out from defence earlier in the season, Bielik has regained his place in the first team, making 17-consecutive League One appearances.

The 21-year-old has impressed for the Addicks, who sit fourth in League One, although he recently experienced both the highs and lows of professional football in one instant. 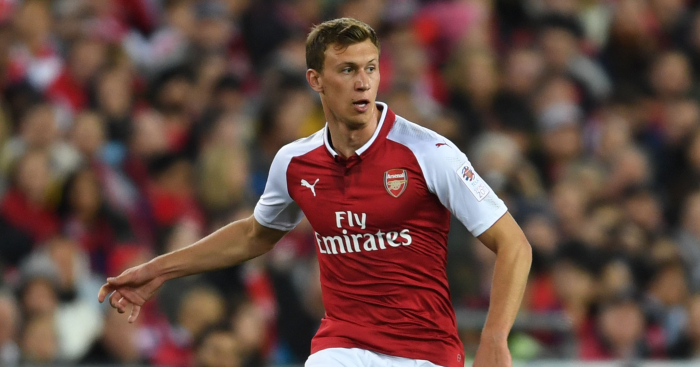 WATCH: Arsenal loanee gets kicked in b*llocks by fan after pitch invasion

Whereas Nelson has taken Bundesliga by storm, Hannover fans could be forgiven for forgetting about Asano, who has failed to score in seven league outings for the side and has recently been sidelined due to injury.

The striker’s only goal for the club came in a 6-0 German Cup victory over Karlsruher back in August.

Nwakali has said he wants to be “Nigeria’s greatest ever footballer”, but the 20-year-old attacking midfielder has been consigned to Porto’s B team since joining the Portuguese outfit on a season-long loan deal in the summer.