The seven players to play for both Liverpool and Inter Milan 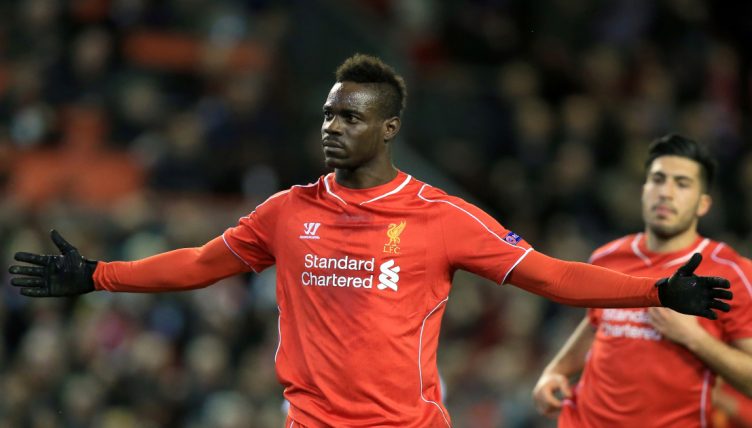 Liverpool and Inter are two of Europe’s most storied and successful clubs.

Between them, they have won the Champions League on nine occasions, and both are among their domestic league’s most frequent champions.

A little surprisingly, only seven players have played for both the Reds and the Nerazzurri, with varying degrees of success.

So here are the seven players to pull on the shirts of both Liverpool and Inter and how they fared and both clubs.

Ince was the first to play for both clubs when he joined Liverpool from Inter Milan in 1997.

However, the midfielder belongs to an even more exclusive list – the very small one of those who have played for both Liverpool and Manchester United, for whom Ince played over 200 times before leaving for Inter Milan in 1995.

In Milan, he was a much-appreciated player in midfield during one of the club’s least successful periods. He helped the team to the UEFA Cup final in 1997 which they lost on penalties to Schalke and after two seasons with Internazionale Ince turned down an improved contract to return to England.

Controversially, he returned to the North West with Liverpool. He spent two seasons on Merseyside, again winning nothing with the club in a rebuilding process much like the one Inter were in during his time there.

It was a big story in 2000 when teenage Robbie Keane moved to Inter from Coventry after an impressive debut season in the Premier League.

The deal came to around £13million, but it lasted just six months when a managerial change led to Keane being deemed surplus to requirements, out of favour with new boss Marco Tardelli despite having had few chances to impress.

Keane was loaned to Leeds in January and signed permanently for the Whites the following summer. The year after that saw him arrive at Spurs where he became a fan favourite and a mainstay until 2008 when he left for Liverpool.

But yet again he would only move for a single season, his time at Liverpool mirroring his time at Inter. He only made 28 appearances for Liverpool and returned to Spurs the following summer.

Keane would have stints with Celtic, West Ham and briefly Aston Villa, but it was at LA Galaxy where he had success.

Goalkeeper Padelli’s one and only playing experience outside of Italy came when he moved to Liverpool on loan from Sampdoria for the second half of the 2006-07 season, playing only the final match of the league season.

He conceded two goals and put in a poor performance, to such a degree that Rafa Benitez decided against original plans to make the move a permanent one.

After several failed loans he made his home at Torino for whom he made over 100 appearances before becoming third-choice keeper with Inter in 2017.

He was part of the squad that won last year’s Serie A but left to join Udinese in the summer.

Many clubs have tried to get the best out of Balotelli, at one point perhaps the most infamous player on the planet, but no one has managed it for any more than a season.

At Inter Milan he burst onto the scene as a young talent with the world at his feet and he was deemed to be the next great Italian star. He had it all, and the personality to match.

Yet his lack of discipline on the pitch led to arguments with manager Jose Mourinho, and he was carted off to Manchester City in 2010 where, yes, he had success but would return to the other side of the Milan derby divide when his relationship with the manager once again soured.

In 2014 he joined Liverpool where he did not even have a honeymoon period, scoring once in the league, albeit a late winner against Spurs, during a poor season in which he was supposed to replace Luis Suarez.

He was loaned back to AC Milan the following season before a permanent move to Nice in 2016. Between 2019 and 2021, he has played for four different clubs.

On this day in 2015, Mario Balotelli scored his only Premier League goal for Liverpool with a late winner over Spurs in a thrilling 3-2 win.

Remember this one Reds? 🔴 pic.twitter.com/zvVqcbLnTU

In 2013-14 Moses joined Liverpool on loan from Chelsea.

This is back when he was still a winger and he would only score a disappointing twice in 22 appearances for the Merseyside club, returning to Chelsea the following season where he was loaned out once more to Stoke and was disappointing once again.

Then Antonio Conte turned up and turned Moses into a wing-back. He made over 30 league appearances and helped his team to a Premier League title, staying as a key player the following season but falling out of favour once Maurizio Sarri arrived.

After a stint with Fernabache, he played the second half of the 2019-20 season with Inter Milan, linking back up with Conte.

Following his spell at Inter, Moses moved to Spartak Moscow.

Coutinho joined Inter Milan as a young player in 2008 but was loaned straight back to his Brazilian side Vasco da Gama for two seasons until 2010.

He struggled to nail down a starting spot over the next two years and had little impact in the squad, going on loan to Espanyol in 2012 where he impressed but again struggled to get into the Inter team when he returned.

Liverpool swooped in in January 2013 and he thrived at Anfield, making over 200 appearances in six seasons. Yes, he ruined it all when he moved to Barcelona in January 2017, but whilst at Liverpool, it’s important to remember he was a revelation.

His time at Barcelona has been nothing short of a failure, but his loan with Bayern in 2019-20 saw him win the treble with the German giants and he scored twice in the 8-2 thrashing of his parent club en route to Champions League triumph.

Over two minutes of Coutinho bangers from his time at Liverpool…

His goals from number 5 onwards are just obscene! 💥💥💥

Shaqiri’s time at Inter was not his best, to say the least.

He joined in January 2015 from Bayern Munich in search of more game time, but failed to get it in Milan where he made just 20 appearances.

It was off to Stoke the following summer where he stayed until their relegation in 2018 before he moved to Liverpool and became a good squad player in both their Champions League and Premier League successes over the following seasons.