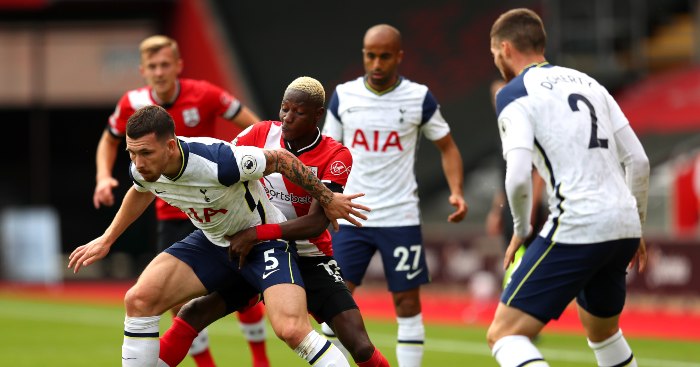 The signing of Gareth Bale aside, much of Tottenham‘s transfer business this summer went under the radar as Jose Mourinho was given the chance to reshape the squad in his image.

With no major outgoings, Mourinho bolstered his squad with seven signings that came in at a cost of just under the £80million Manchester United paid for Harry Maguire in 2019.

It just so happens that you can form a pretty handy seven-a-side team from those players, although we’ll leave it to you to decide whether that is better or worse value than one Maguire.

Hart’s star may have faded in recent years but, with improvement needed on Michel Vorm as back-up for Hugo Lloris, signing a 75-cap England international on a free transfer could prove a shrewd move.

Speaking to The Times in September, Micah Richards outlined the mentality his former Manchester City team-mate will help bring to Spurs, saying: “We were playing in the Champions League under Mancini and Vincent Kompany was like his love child – in the manager’s eyes he could do no wrong.

“He went to head the ball and missed, the striker has come from me and scored. Mancini came into the dressing room and had a go at me.

“Joe just stood up to Mancini and said, ‘You know full well that wasn’t Micah’s fault. Stop trying to pick the easy target and go for the actual person responsible for the goal.’

“He said what he believed in and that is why I’ve got even more respect for Joe Hart. He doesn’t jump on the bandwagon, he says what he sees.”

Arguably one of the more unheralded signings of the summer, Doherty has been one of the Premier League’s most impressive right-wing-backs over the past two years with Wolves but was picked up for just £14.7million by Spurs.

The Republic of Ireland international was made to squirm in his unveiling video, which featured clips of Doherty deleting old tweets expressing his love of north London rivals Arsenal. But the 28-year-old was self-effacing enough to laugh about it.

We’re going to let him off after seeing this trick shot.

Matt Doherty in the background of Jose Mourinho's interview with us, celebrating his chip into the hoop with Gareth Bale! 😂🏀pic.twitter.com/Nuo1NrJmxT

Rodon may have been something of a surprise signing after joining in an £11million move from Swansea City towards the end of the window, but Sky Sports Football League pundits Danny Higginbotham and Andy Hinchcliffe believe Spurs have got a potential star on their hands in the defender.

“As a defender, first and foremost, you are there to stop the ball going into the back of the net. He’s obsessive about wanting to keep clean sheets,” Higginbotham told Sky Sports. “He’s very self-critical and he’s good on the ball but the one thing I really love when I watch him is to see that he loves defending.”

Hinchcliffe, meanwhile, suggested he seems similarities to both John Terry and Rio Ferdinand in the 22-year-old Wales international.

No pressure then, Joe. 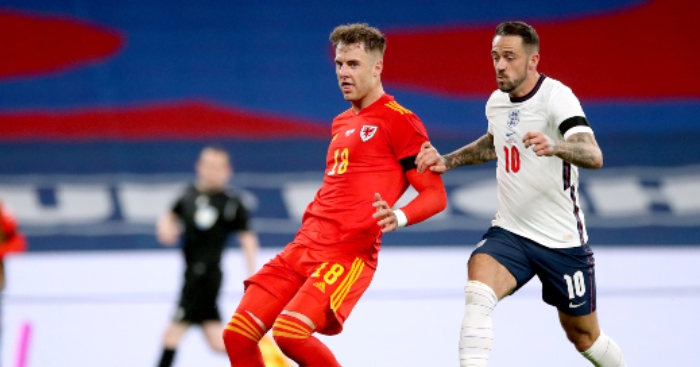 Ignoring the fact he looks genuinely very good at left-back, the £27.5million signing of Reguilon was worth every penny if only to p*ss off Manchester United. 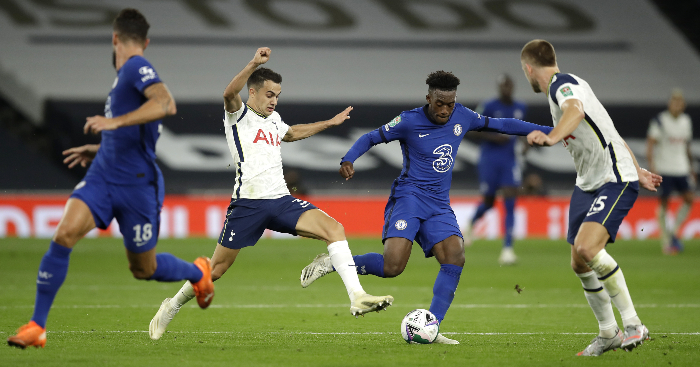 READ: Watch: The Sergio Reguilon moment that will be Jose Mourinho’s wet dream

Like Doherty, Hojbjerg’s £15million arrival from Southampton this summer similarly went under the radar.

Pep Guardiola was a huge admirer of the midfielder during his time at Bayern Munich, while the 25-year-old has honed his craft over four seasons in the Premier League with Southampton, whom he also captained.

He strikes us as a bit of a b*stard, so we’ll need him to do a job as the only midfielder in this seven-a-side team. 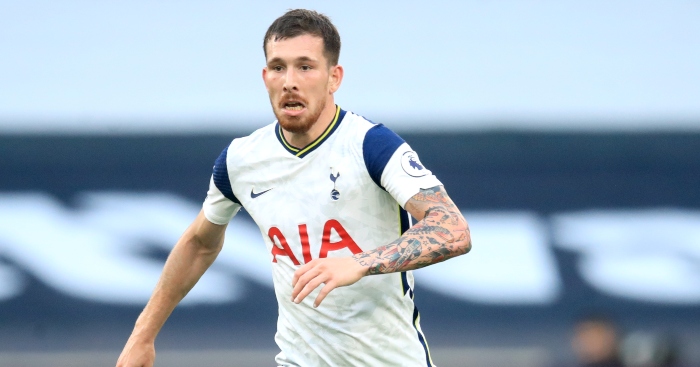 READ: Pierre-Emile Hojbjerg’s reaction to an Aurier tackle will make your morning

While Bale has been signed on loan until the end of the season, Spurs have paid a £9million loan fee to free their former hero from the 24/7 soap opera of life at Real Madrid.

Sure, Bale has endured a couple of frustrating seasons and it remains to be seen if his body can cope with the rigours of life back in the Premier League, but this really could be the sexiest signing of the lot.

We’re not going to pretend to know a great deal about Vinicius, who has joined Spurs for a £2.7million loan fee from Benfica.

Having scored 24 times in all competitions last season, the 25-year-old is tipped to provide the back-up Spurs have yearned for Harry Kane.

Given Kane is still the main man, playing in this seven-a-side team might be Vinicius’ best chance of regular football.