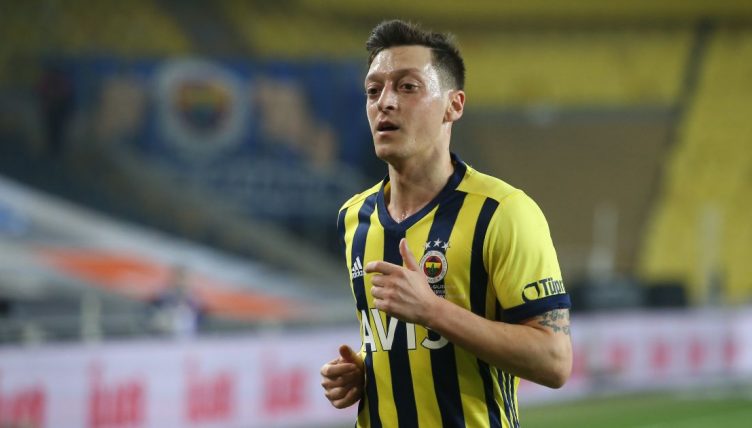 The Arsenal squad was in need of an overhaul when Arteta replaced Unai Emery in December 2019, and he hasn’t been afraid to get rid of some big names. Pierre-Emerick Aubameyang could be next, having been frozen out by the Spanish coach.

We’ve taken a look at the nine first-teamers to leave Arsenal on a permanent basis since Arteta took over to see how they have subsequently fared.

Martinez spent a decade at the Emirates Stadium but only got his first extended run in the Arsenal team towards the end of 2019-20, excelling in their FA Cup run.

After Bernd Leno returned from injury, the Argentina international was not given reassurances that he would remain their first-choice goalkeeper and joined Aston Villa in a £17million deal in 2020.

“I told him [Mikel Arteta] I wanted to play week in, week out and he couldn’t guarantee who was going to start,” Martinez said in November 2020.

“Even before the Community Shield, he didn’t know who was going to play in goal. I just wanted to play first-team football and Arsenal could not guarantee me that.”

He was a revelation during his debut season at Aston Villa. Only Edouard Mendy and Ederson kept more clean sheets in the Premier League in 2020-21 and he continues to look dependable between the sticks under Steven Gerrard.

Mkhitaryan never played under Arteta and was allowed to join Roma on a permanent deal after a successful loan spell with the Serie A side.

The Armenia international revived his career following a difficult time in England, registering 22 goals and 15 assists in the Italian top-flight during his first season and a half at Roma.

He hasn’t been quite so prolific following the appointment of Jose Mourinho – two goals and four assists – but remains an important first-team regular.

Tammy Abraham with a clever assist, VAR took a close look but the goal stands! pic.twitter.com/gFzyBiKbsm

Having made just two first-team appearances for Arsenal, Macey joined Scottish Premiership side Hibernian on a six-month contract in January 2021.

“I’m grateful for every experience I had at Arsenal but I’m hungry to play first-team football,” Macey told Hibernian’s official website. “I know that won’t be handed to me here, so it’s up to me to show what I can do in training and take it from there.

“No-one has to tell me what a big club Hibernian is, in a competitive league. I’m looking forward to getting started.”

The goalkeeper made his debut in a 1-1 draw against Celtic and had to bide his time for opportunities before signing a two-year deal in the summer and subsequently becoming their No.1.

After being deemed surplus to requirements by Arteta, Sokratis had his contract was cancelled by mutual consent and joined Olympiacos in January 2021.

The defender returned to north London a short while later, as Arteta’s Gunners won out 3-2 on aggregate in a Europa League Round of 32 clash against the Greek champions, winning 3-1 in Athens before a 1-0 defeat on home soil.

“It is something special because until a month ago I was with them,” Sokratis said at the time. “I think it will be a difficult game. Arsenal are a very big team.

“We have to be focused during both games to repeat last year. There are no big differences because he is the same coach. More or less it is the same team with two or three additions. It is a team with great quality, but there are also areas we can hit to harm them.”

Despite being a big part of Arteta’s initial plans at Arsenal, Ozil eventually fell out of favour and was exiled from the Premier League and Europa League squads.

The 32-year-old had his contract cancelled by the Gunners in January 2021, allowing him to move on a free transfer to Turkish side Fenerbahce.

He joined a Fener side that was flying high at the top of Super Lig but they have endured a miserable downturn in the second half of the 2020-21 season.

It’s been a similar story during his first full season at the club, having been in and out of the team. At the time of writing, Fenerbahce currently sit fourth, 16 points behind surprise Super Lig leaders Trabzonspor.

Mustafi was allowed to join Schalke on a free transfer in February 2021.

The writing was already on the wall for the Gelsenkirchen-based outfit at that point, and sure enough they suffered relegation at the end of the campaign.

The former Germany international subsequently joined Levante, who currently sit rock bottom of the La Liga table. They’ve not won a single match this season and have conceded the most goals in the Spanish top flight.

The first player signed by Arteta that’s left the club, things just didn’t work out at all for the Brazilian winger at the Emirates.

Willian reportedly waved goodbye to a lucrative salary in order to bring a premature end to an unhappy marriage.

“I was not happy, that’s why I didn’t perform. I don’t want to go into the details, but I wasn’t happy,” he recently reminisced in an interview on Rio Ferdinand’s Five YouTube channel.

“So, when I arrived there I was happy, from the beginning I was motivated, I wanted to do well, new club, new mates, new projects.

“After three months, I told my agent, ‘Please, I want to go’. I don’t want to speak bad about the club because it is a big club, has a big history in football, big players played there before it’s a big club – but it didn’t work, it was of course the most difficult time of my career.”

He’s yet to recapture his best Chelsea form back home in Brazil. He’s yet to score after nine appearances for Corinthians.

Like Willian, David Luiz was allowed to leave on a free transfer and returned home to Brazil.

The 34-year-old is now turning out for Flamengo, and started in a backline alongside fellow South American veterans Felipe Luis and Mauricio Isla in the 2021 Copa Libertadores final – a 2-1 defeat to Palmeiras.

It made sense for Newcastle United to splash out £25million on Joe Willock, given he produced the best form of his career during his half-season loan last term, scoring eight goals in 14 Premier League appearances for Steve Bruce’s Magpies.

But the Gunners’ decision to cash in on a fringe player is looking like a sensible one. Willock is yet to recapture that form at St. James’ and is yet to register a goal or assist in 2021-22.