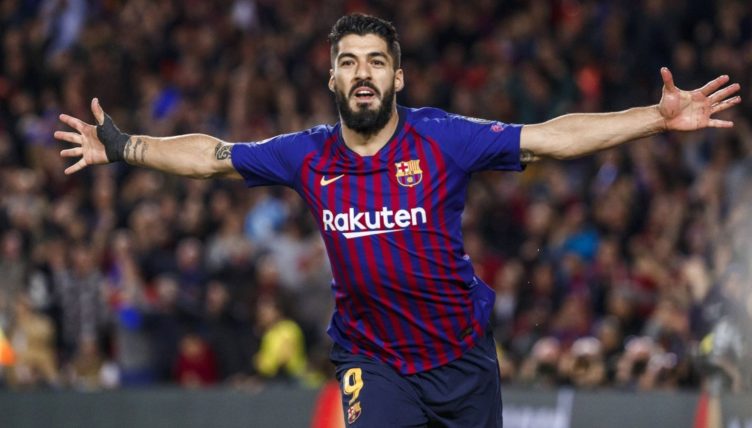 The summer of 2014 was a big one at Barcelona. It was the first of Josep Maria Bartomeu’s ill-fated presidency, and the club was still reeling from being pipped to the La Liga title by Atletico Madrid.

The response was to spend over €160million in the transfer market, with almost half of that outlay on a club-record signing, Luis Suarez.

The Uruguayan had just produced one of the great individual Premier League seasons at Liverpool but was banned by FIFA from any football-related activity for four months after biting Giorgio Chiellini at the World Cup.

Luis Enrique was newly-appointed as manager, and after a slow start, Suarez eventually came into the team and helped inspire the side to the treble. Here’s how their six other signings that summer fared.

Ter Stegen had made over 100 appearances for his boyhood club Borussia Monchengladbach and had a reputation as a rising star when Barcelona signed him as a 22-year-old in 2014.

He had to be patient for opportunities, with Claudio Bravo entrusted with the gloves in La Liga, but the young German was given opportunities in the cups, featuring throughout the Copa del Rey and Champions League parts of their treble in his debut season.

A decade ago, La Masia golden boy Thiago Alcantara and returning prodigal son Cesc Fabregas were talked up as the natural long-term heirs to Xavi Hernandez.

But by the summer of 2014, Thiago had left to reunite with Pep Guardiola at Bayern Munich, and Fabregas had left after three years back at his hometown club that hadn’t quite gone as planned, departing Camp Nou to join forces with former arch-enemy Jose Mourinho at Chelsea.

Xavi remained at Barcelona, but Spain’s shock group-stage exit from the 2014 World Cup told you that his magic was finally fading.

The legendary midfielder stepped back to play a more backseat role during his final season at the club, and the man who stepped into his place in midfield alongside Sergio Busquets and Andres Iniesta was not a Catalan, but a Croatian, with no Cruyffist DNA.

Yet Rakitic offered Barcelona exactly what they needed at that time, and played a crucial, often-underappreciated role, offering more energy and selfless running to give some much-needed balance to a side that could so easily have been too top-heavy with Messi, Neymar and Suarez.

After six years and over 300 appearances, Rakitic returned to Sevilla with four Copas del Rey, four La Liga titles and one Champions League, having opened the scoring in the 3-1 victory over Juventus in the final of the latter in 2015.

Experienced Chile international Bravo had established himself as a steady pair of hands over the course of eight years and over 200 La Liga appearances for Real Sociedad.

His big break finally arrived in the summer of 2014, arriving to give competition to fellow new recruit Ter Stegen. Bravo didn’t make a single appearance in the successful cup runs, but started 37 of 38 games as Luis Enrique’s men won La Liga in 2014-15, and 32 of 38 as they retained it the following year.

After two years and two titles, he left to join Manchester City in 2016, as Ter Stegen deservedly got the nod as Barcelona’s out-and-out No.1.

Premier League viewers may think of Bravo as error-prone, but he was a largely dependable presence between the sticks at Camp Nou.

Much maligned, in part thanks to his ungainly physical presence and oft-haphazard defending style, France international Mathieu struggled to usurp Javier Mascherano as Gerard Pique’s favoured partner in the centre of defence.

But he could be useful as a squad player on his day, and scored a couple of important goals for the club. He cost €20million to sign from Valencia and left on a free transfer to Sporting Lisbon three years later, but it was far from the worst piece of business under Bartomeu’s presidency.

Romario, Rivaldo, Ronaldo, Ronaldinho, Neymar… Barcelona have been blessed to have some of the greatest Brazilian footballers in history represent their club.

They’ve also had the likes of Keirrison, Henrique and Fabio Rochemback, alongside whom endearingly bungling right-back Douglas can be filed.

The Belgium international’s stock had fallen so much during his latter years at Arsenal that their fans couldn’t quite believe their luck when Barcelona offered £15million for his services.

An injury-hit 2014-15 campaign meant he was restricted to a single, underwhelming, 63-minute appearance in a 2-2 draw with Deportivo La Coruna. Things didn’t get a great deal better from there: five years on Barcelona’s books amounted to just 53 appearances, never more than 20 in any one season.