The six players Barcelona signed to replace Puyol & how they fared 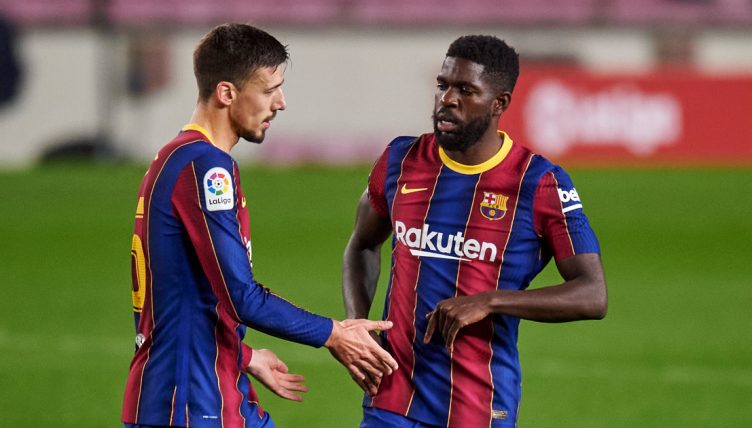 Carles Puyol is one of the biggest legends in the steep history of Barcelona, and they’ve not quite been the same since he left.

The Spanish bruiser spent his entire career at the club, captaining them for 10 years and winning 18 major honours before retiring in 2014, and was renowned for his vocal leadership and old-school style of defending.

It is safe to say that Barcelona miss a player like Puyol within their current ranks. Even though Puyol’s old partner Gerard Pique is still at the club, none of the players signed to play alongside him have come close to Puyol in ability or mentality.

Centre-back is one of the most crucial positions on the pitch, and a big reason for Barcelona’s fast decline has been the lack of characters in the team as well as being defensively vulnerable in the biggest games.

Here’s the players who were chosen by the club to replace their former captain, and how they fared.

Replacing one captain with another should work in theory, right?

Vermaelen was Arsenal captain as his side won the FA Cup in 2014, and a Belgian international. However, he had lost his place in the first XI a year before, and spent most of his final season in North London on the bench.

Arsenal therefore could not believe their luck when Barcelona offered £15million for their wantaway defender, and he was sold without hesitation. Once a solid defender with an eye for goal, Vermaelen at Barcelona was a disaster.

He spent most of his first season injured, having to wait until the final day of the season to make his debut, and was loaned out to Roma a year later.

He returned from loan and finally put together a run of seven starts in a row before picking up another injury in 2017, and was subsequently released in 2019 after 53 games in five years.

Now 36, Vermaelen joined Vissel Kobe in Japan, linking up with ex-teammates Andres Iniesta and Sergi Samper, and continues to be part of the Belgium national team.

Nothing to see here…

Signed in 2014 alongside Vermaelen, Mathieu arrived as a 30-year-old France international and experienced La Liga defender for Valencia.

The deal raised many eyebrows, as Mathieu played at left-back a lot rather than being a dominant central defender like Puyol. Mathieu was also reportedly not too keen on the move, hinting that he would rather have stayed at Valencia than warmed the bench at Barcelona.

Nevertheless, Barcelona parted ways with £18million to secure the deal, but he would only last three seasons at the club.

Mathieu was poor defensively and struggled to fit into a side who were so dominant in possession. He joined Sporting Club De Portugal where he spent three seasons before retiring in 2020.

His Barcelona career will be forgotten quickly, but he did score in a 2-1 win over Real Madrid in El Clasico, a proud moment for any player.

One of the better post-Puyol centre-backs, Umtiti was signed as a highly-rated 22-year-old from Lyon in 2016, and was very impressive in his first few seasons.

However, consistent injury problems struck the Frenchman, and he never played more than 20 games in all competitions after his second season.

Umtiti still remains at the club, but has made just one appearance this season, and doesn’t look like he will be able to gain some fitness any time soon.

He became unpopular with Barcelona fans this summer after the Lionel Messi contract situation, with some angry that he did not leave the club to free up space on the wage bill, which culminated in Umtiti receiving boos from the crowd in his limited game-time.

One of many bizarre Barcelona signings from Brazil in recent years, Marlon initially joined Barcelona B on loan, before completing a permanent transfer for just under £5million in 2017.

Marlon made his debut against Celtic in the Champions League whilst on loan, but would go on to play just twice for the club in La Liga, before joining Nice on loan just after completing his permanent move.

Barcelona did end up making a profit, selling Marlon to Sassuolo for an initial £5.5million, which would rise to £11million.

Marlon now plays for Shakhtar Donetsk, and most Barcelona fans have forgotten him already.

At £32million in 2018, Lenglet was a big-money signing from Sevilla after impressing there for two seasons.

Yet another left-footed French centre-back, following in the footsteps of Mathieu and Umtiti, Lenglet has had mixed reviews during his time at the club.

Despite being good on the ball, Lenglet is prone to an occasional error, and is a far cry from the powerful figure that Puyol was.

He has played 145 games for the club, more than anyone else on this list, but doubts remain over his ability to be a starter in the long run.

Originally part of Barcelona’s famous La Masia academy, Garcia joined Manchester City in 2017, and looked to break into the first team, but decided to run his contract down and returned to Barcelona after Euro 2020.

Garcia is defensive marmite. A Spain international at just 20-years-old, he is a bright prospect for the future, but many critics are unsure over his defensive ability, while others praise his passing technique as suited to Barcelona’s style.

It remains to be seen whether he can emulate Puyol as a La Masia graduate to lead the rebuild at the club in the long run, and has received two red cards in his first few months back at the club.

It's a red card for Eric Garcia as he's forced to take Nico Williams down right on the edge of the box! 🟥