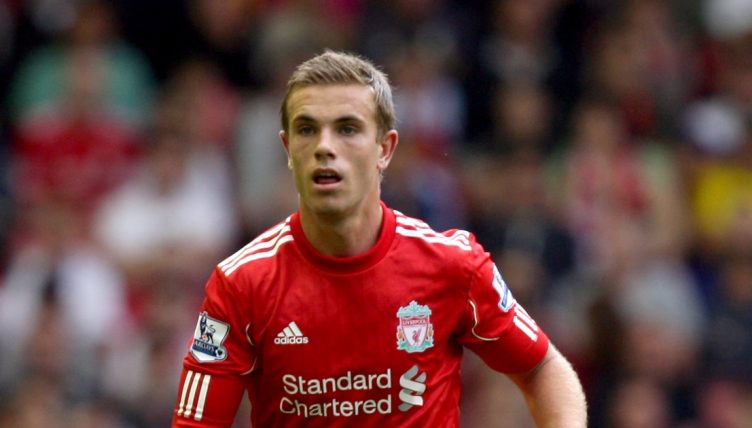 Liverpool paid Sunderland £16million for the services of Jordan Henderson in 2011. Nobody could have known just how successful he’d turn out to be.

Overcoming obstacles like being offered as bait to bring Clint Dempsey to Anfield, Henderson has become a club stalwart. Making over 400 appearances, he was the man who lifted the Premier League trophy in 2020 and led Liverpool to Champions League glory the year before.

But the midfielder was not the only player to arrive at the club a decade ago this summer. We take a look at the six other faces that joined Liverpool in the same window as Henderson and how they fared.

The idea was that Adam would feed passes to fellow new signing Stewart Downing (more on him later), who would supply Andy Carroll with enough crosses to fire Liverpool to success. Even Baldrick would have seen the flaws in that cunning plan.

Adam was out of his depth at Anfield, probably best remembered for skying his penalty during the League Cup final shoot-out against Cardiff. He was packed off to Stoke after a solitary season.

Still, at least he made Dalglish a decent cuppa.

Charlie Adam tells the story of his first meeting with Kenny Dalglish when he signed for Liverpool. pic.twitter.com/pb9FIlen0c

Despite six impressive seasons at Roma, Doni was best known on English shores for conceding seven at Old Trafford during a Champions League quarter-final.

Naturally, Liverpool signed him anyway. Unsurprisingly, he only made four appearances during the 2011-12 season. He still managed to get himself sent off.

There was a sad twist to the end of his spell at Anfield. Initially granted personal leave, it was later revealed that Doni had suffered a heart attack during a routine medical in the summer of 2012 – falling unconscious for 25 seconds and being close to death.

Downing hit the crossbar on his debut against Sunderland following a Messi-esque run. That’s as good as it got.

The winger, who somehow accumulated 35 England caps without anybody noticing, infamously failed to record a goal or assist during his first Premier League campaign at Liverpool.

He eventually scored seven goals for the club, but the impression crystalised that Downing wasn’t quite Liverpool standard.

After two seasons, Downing was sold to West Ham for a quarter of the £20million Liverpool paid for him.

A steady performer at Newcastle, Enrique was snapped up for a fee of £5million in August 2011. He made his Premier League debut the following day.

While not setting the world alight at Anfield, the Spaniard won over the Liverpool fans by simply not being Paul Konchesky.

Memorably ending up in goal on his return to Newcastle following Pepe Reina’s sending-off, Enrique somehow stuck around until *checks notes* 2016 and captained the club for an FA Cup tie under Jurgen Klopp.

Injuries hampered his time at Liverpool but, especially in comparison to this lot, Enrique was alright.

He came, he scored that wonder goal at QPR, he was sent to the Premier League graveyard otherwise known as Sunderland AFC.

Coates was another whose time at Anfield was shaped by persistent injury problems. Team-mates with Luis Suarez in the Uruguay squad, Coates came with a promising reputation but only made 24 appearances across two seasons.

That QPR goal was a banger though, fair play.

For some reason I thought of this Sebastian Coates banger against QPR 🚀 pic.twitter.com/k1laqIKg5z

Bellamy during his prime was a fearsome opponent, making defenders uncomfortable with his direct running and sledging that would have made Shane Warne blush.

He was not this player when Dalglish signed him in 2011. Bellamy had sporadically impressed during an earlier spell at Anfield, famously scoring the winner at the Nou Camp in 2007, but the 32-year-old was coming off a loan stint at Championship side Cardiff City.

It must be noted that the death of former team-mate Gary Speed in November 2011 hit Bellamy hard and overshadowed his return to Liverpool.

Even then, he performed admirably. Becoming an increasingly important squad player as the season progressed, Bellamy made crucial contributions in the cup competitions, scoring in the League Cup win over Manchester City and setting up Andy Carroll’s winner against Everton in the FA Cup semi-final.

He started the FA Cup final defeat to Chelsea before leaving the club at the end of the season.