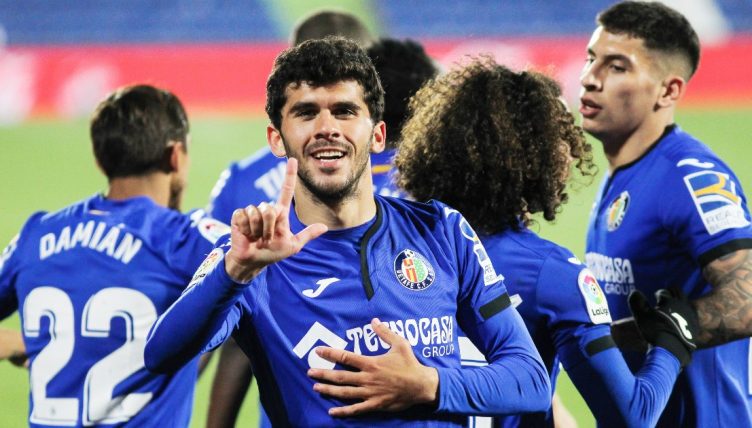 Gone are the days in which Barcelona are flush with cash and can afford to go out and spend hundreds of millions of euros in the transfer market.

Bringing in Eric Garcia and Sergio Aguero on free transfers from Manchester City has demonstrated that the club is likely to be thrifty this summer, and they may have to look at reintegrating the players they sent out on loan if they’re to further bolster Ronald Koeman’s squad on a tight budget.

But are any of the seven players sent out on loan in 2020-21 good enough for Barcelona’s first team? Here’s how they fared elsewhere.

Big things were expected of Wague when he starred for Senegal as a teenager at the 2018 World Cup, but he’s struggled to kick on at Barcelona since signing for the club later that summer.

Last season’s half-season loan at Nice amounted to just two starts and 198 minutes of football in Ligue 1, but he featured a little more prominently in 2020-21 at Greek Super League side PAOK Thessaloniki after joining last September.

Unfortunately, in his 12th appearance in all competitions in a clash against PAOK’s city rivals Aris Thessaloniki, he suffered a serious knee injury that will keep him sidelined until August.

Only a kind-of loan in the sense that both Barcelona and Real Betis’ part-owned Emerson’s rights, with Barcelona getting first dibs on his signature if they so wished, having originally moved from Atletico Mineiro back in January 2019.

The right-back has spent the entirety of the last two and a half years turning out for Betis and has shown great improvement in that time, stepping things up another gear in 2020-21 as one of their star performers. Finally bringing him back to the Camp Nou was a no-brainer this summer, then.

One to watch at the Copa America for Brazil.

#OFFICIAL |
🔸FC Barcelona have announced the signing of Emerson Royal.

🔹Barcelona have informed Real Betis that they're exercising their right to bring back Emerson after his 2 seasons loan at the club.

🔸Emerson will join Barça on July 1st and has a contract until 2024. pic.twitter.com/orwH7M6fOE

Palma-born La Masia academy graduate Monchu has made over 60 appearances for Barca B, but his experience for the senior team amounts to one six-minute cameo in the Champions League against Napoli.

Having spent most of his career to date turning out for the B team in the third tier, the 21-year-old midfielder made the step up to the second tier in a season-long loan at Barcelona’s Catalan neighbours Girona. He’s featured in almost every game of their promotion-chasing campaign, registering three goals and one assist.

Todibo had made just 10 Ligue 1 appearances for Toulouse when Barcelona took the opportunity to sign him on a free transfer in 2018. Three years later, he’s barely played – in 18 months at the Camp Nou, the centre-back made just five appearances.

Eight Bundesliga appearances followed at Schalke in the latter half of last season, but they opted against signing him permanently, before he struggled for gametime at Benfica, unfancied by Jorge Jesus.

Recalled by his parent club in January, Todibo was then sent out to Nice, where he developed a solid partnership with fellow outcast William Saliba, on loan from Arsenal. He made 15 Ligue 1 appearances – the most of any season in his career to date – while there are rumours the French Riviera club will try push to make the move permanent.

The left-back only joined Barcelona from Rayo Vallecano in 2019 and spent a year turning out for their B team before going out on loan to Segunda Division side Almeria.

He made 33 appearances in their promotion push – they eventually finished fourth and lost 3-0 in the play-off semi-finals to Monchu’s Girona – which is reportedly enough to trigger a €3.5million move. Nothing announced yet, though.

Twenty-one-year-old left-back Miranda left Real Betis’ academy when he was 14 to develop his skills at La Masia, but he only ever made a handful of appearances in the cup for Barcelona’s seniors, with his highly-rated reputation established more on what he achieved at youth level: winning the Under-17 and Under-19 Euros with Spain and the UEFA Youth League with Barcelona.

2020-21 has given him a chance to show what he can do at the top-level, back at his boyhood club Betis. He starred as Manuel Pellegrini’s men finished sixth, qualifying for the Europa League, and his return home was sealed on a permanent basis at the end of the season.

The Covid issues in Spain’s camp also saw Miranda make an impromptu senior debut in a friendly against Lithuania, and he marked the occasion by scoring a free-kick from 25 yards out.

Many fans had hoped and expected that Alena would follow in the footsteps of the likes of Sergio Busquets and Xavi Hernandez by making the step-up to feature regularly in the first team, with 44 senior appearances since his debut in April 2017.

But as with fan favourite Riqui Puig, that’s beginning to look increasingly unlikely. Under Ronaldo Koeman, he made just two substitute appearances in La Liga before moving to Getafe in early January in search of more regular minutes.

He certainly found opportunities at the Madrid-based club, making 22 La Liga appearances in the second half of the season for Jose Bordelas’ robust and tough-tackling outfit. He scored twice and registered two assists.

The midfielder remains contracted at the Camp Nou until 2022, but with Koeman remaining in the dugout, don’t be surprised if he moves on this summer.