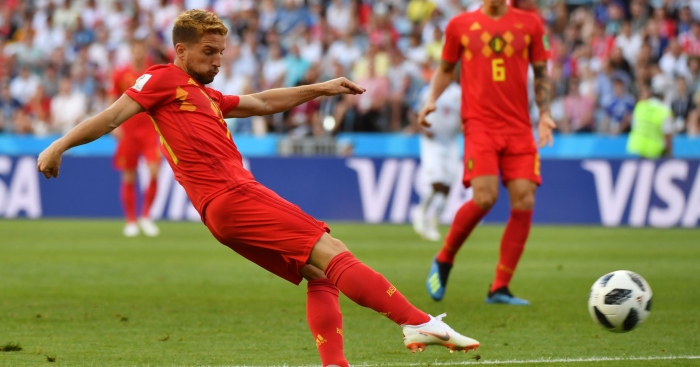 Dries Mertens has become one of the hottest strikers in Europe over the past two seasons for Napoli, completing a remarkable transformation from a back-up winger.

Napoli has bagged 56 goals in that period for Napoli, coming agonisingly close to firing the side to a first Scudetto in almost three decades in 2017-18.

We’ve looked back at how Mertens has developed from a player who did not play top-flight football until the age of 22 to one of the most lethal finishers in the world.

Mertens began his career in the academy of hometown club Stade Leuven, where he caught the eye of Anderlecht scouts and made the move to Belgium’s biggest club.

A theme would develop at Anderlecht, however, and he was released after five years having been deemed to small to make the grade.

“People were writing all sorts of things, like, ‘Yeah, he’s angry because they let him go.’ I was not angry. I wasn’t good enough at that moment.”

Gent snapped him up as an 18-year-old but, despite winning Player of the Year on loan at third-tier outfit Eendracht Aalst, he was again written off as being too slight and unable to cope with the physical demands of professional football.

Another loan move followed, to the Dutch second tier with AGOVV Apeldoorn, who decided to make the transfer permanent despite Mertens scoring just twice in 35 appearances.

He finally found a home in the Netherlands and exploded in his second season at AGOVV, scoring 15 goals and earning the captaincy for his third and final campaign with the club.

Come the end of the 2008-09 season, with the attacker officially acknowledged as the best player in the Eeste Divisie, the top flight came calling.

Mertens went on to join FC Utrecth in a €600,000 deal, and swiftly settled into life in the Eredivisie. Still playing mainly as a winger, he was named the club’s Player of the Season and also finished as runner-up to Luis Suarez as Dutch Footballer of the Year.

In his second season at the club he starred in a side which also featured Kevin Strootman and, erm, Ricky Van Wolfswinkel, scoring 14 goals in all competitions and providing a remarkable 24 assists, and it was this form which alerted PSV. 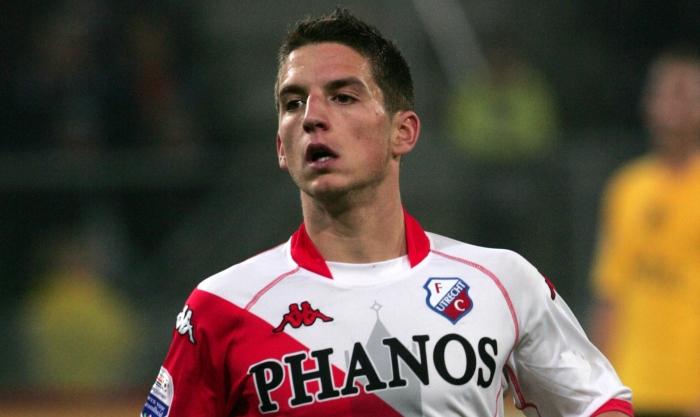 Living up to the hype

PSV were in financial difficulty when they decided to spend €13million to land Mertens and Strootman from Utrecht, meaning they couldn’t afford the moves to fail.

“The size of fee PSV paid for me doesn’t add any extra pressure,” Mertens told World Soccer in 2011. “I’m still the same player. I just concentrate on my football.

“The fact that PSV have spent so much on me shows I’m on the right lines in my development, that for the past few years I’ve kept up a good standard of performance.”

Thankfully, he took no time to settle, scoring 11 goals in his first seven games. Just looking at his goal record from his first three seasons in the Eredivisie highlights his year-on-year improvement: from eight to 14 to 27.

His output slightly dipped in his second season at PSV, but then can be attributed to playing 10 fewer games.

For the third consecutive club, Mertens would spend two years before moving on to bigger and better things. By the time he left PSV, he had also acquired his first pieces of silverware in the Dutch Cup and Johan Cruyff Shield.

For a player who has developed a reputation as one of the brightest talents in European football, Mertens has always seemed to command relatively small transfer fees.

Napoli managed to land the attacker in a €9.5million deal fin 2013 as he became Rafa Benitez’s first signing at the club.

“When people doubt me and say Serie A is different from the Eredivisie because I won’t play against any Dutch defenders, that is when I’ll be at my best,” Mertens told De Telegraaf.

But with Gonzalo Higuain, Jose Callejon, Goran Pandev, Lorenzo Insigne and Duvan Zapata to compete with for a place in the starting XI, Mertens had to contend with life as a rotation option.

He still ended his first season with 13 goals in 47 appearances in all competitions, but 20 of those had been from the bench, including the Coppa Italia final, when he came on to clinch the win with the final goal in a 3-1 victory.

Again, his goal output dropped in the following two seasons as he continued to play on the flanks with Higuain established as Napoli’s talisman.

But a slice of fortune would soon come his way which would change the course of his career.

When Higuain left Napoli for arch-rivals Juventus, Arkadiusz Milik was signed to replace the Argentine’s 38 goals from the previous season. The striker joined in a €35million move from Ajax and hit the ground running in Naples, but disaster struck when he suffered a serious knee injury.

Napoli boss Maurizio Sarri was widely expected to opt for Manolo Gabbiadini as his replacement, but instead he decided to act on a hunch that Mertens might be effective in that position.

Mertens started as the central striker for the first time in his career against Besiktas in the Champions League, and while Napoli were beaten, the Belgium international scored and created a number of chances in an effervescent display.

That day marked a changed in mindset from Mertens, who went on to score 29 goals in 30 games for club and country from December 2016 until the end of the season.

“Before, I would always have said that an assist was as satisfying as a goal,” he told Bleacher Report. “But now I see that, as a striker, when you don’t score, [people say] you played sh*t. When you score, even if you played sh*t, you’re good.

“That’s all people see when you’re playing as a striker, so it’s important to score goals. So from now on, I’m scoring goals.”

On top of the world

Mertens had to start the 2014 World Cup as back-up to Nacer Chadli, only to come on at half-time and score a late winner against Algeria in the opening match.

Having scored five goals in qualifying for the 2018 tournament, Mertens is much more established in Roberto Martinez’s starting XI this time around, and it was the Napoli man’s moment of inspiration which got their campaign up and running.

After a turgid first half against minnows Panama, Mertens produced a volley which Marco Van Basten would have been proud of to set his country on their way to a 3-0 victory.

Eden Hazard, Kevin De Bruyne and Romelu Lukaku may be the biggest names in that star-studded side, but Mertens has shown he deserves to be up there with the very best.