The six stages of Nile Ranger’s career: From Newcastle hope to non-league 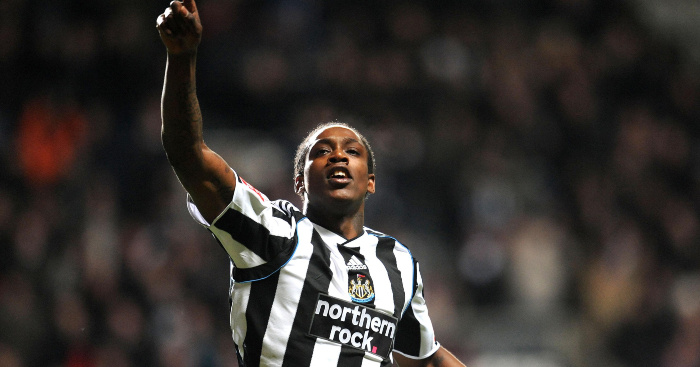 Nile Ranger is not a name that conjures up positive memories.

Utter his name to any football fan and they are almost certain to recount one of his many off-field misdemeanours rather than a stunning goal or iconic performance.

Eleven years ago, and having just been handed a five-and-a-half-year deal at Newcastle United, the striker seemed all set for an impressive career in the upper echelons of the English game.

But, with a Hollywood-esque flashforward to the current day, we find Ranger plying his trade in the eighth tier of English football.

Here, we take a look at the career trajectory of the 29-year-old and the many instances where things did not go well.

It was the perfect start for Ranger career. Having entered the Crystal Palace ranks as a schoolboy, Southampton came knocking and took the striker to their flourishing academy set-up in 2007.

As a young English footballer, there are few better places for you to hone your talents, as the likes of Theo Walcott, Alex Oxlade-Chamberlain and Adam Lallana will attest.

But, in the first of what would prove to be many acts of self-sabotage, Ranger was sentenced to 11 weeks in a young offenders institute for his part in an armed robbery back in London.

Armed robbery is rarely a desirable asset for a football club, and Ranger soon found himself as a free agent, tainted with an undesirable reputation from an early age.

Swindon Town made an offer, but it was no surprise to see Ranger plump for a move north to St James’ Park and Newcastle United after former director of football Dennis Wise made the call in 2008.

After dazzling in the reserves, Shearer gave Ranger a three-year deal at the club. Following relegation in 2009, the striker found himself involved on a much more regular basis under Chris Hughton, and the buzz around the marksman began to grow.

He was named man of the match against Leicester City in August 2009, receiving a standing ovation, and was even offered a bumper five-and-a-half-year deal upon the Magpies’ return to the top flight. Were we about to see this promising young star truly fulfil his potential?

If you have clicked on this article, you are probably smart enough to realise that the answer is… no.

Despite a handful of impressive performances back in the top flight, his tenure in the North East came to an end with an online dig at the Newcastle fans who booed him during a 2-1 loss to Reading in January 2013. He was released two months later.

AWOL in the EFL

Next came Swindon, a side who had shown interest in the poacher four years prior. Unfortunately, manager Mark Cooper saw what would turn into a similar pattern play out. Ranger arrives. He impresses for the opening months of a season. He fails to report for training. Released.

In total for the Robins, he scored 10 goals in 28 games, a decent record. But, in true Ranger style, these positives came in tow with a litany of disciplinary issues. He was unsurprisingly shipped out the following summer.

Lee Clark was next to be wound up endlessly by his antics. Ranger made the move to Blackpool in 2014, while the Seasiders still resided in the Championship, and, you guessed it, after a promising start which saw him net against Millwall and Leeds in the opening months, things soon began to head in a familiar direction.

He decided that training was not really his thing in the second half of the campaign. After somehow being offered an extra year at Bloomfield Road following relegation, Ranger showed his gratitude for this show of faith in his own, unique way: by missing pre-season.

In what was perhaps the most Nile Ranger-y period of Nile Ranger’s career, the striker started his second season with Southend United, whom he joined in 2016, with a new onfield accessory – an ankle tag.

He was placed under a 7pm curfew after being convicted for bank fraud over the summer. Most footballers just go to Ibiza, Nile.

One fun consequence of the tag was that he was unable to play in any midweek games due to their evening kick-off times; a headache which manager Phil Brown could probably have done without.

The following summer, in a move that shocked absolutely nobody, Ranger had his contract terminated for repeated disciplinary issues, despite previously signing a new deal until 2020.

Thankfully, this was after we had already witnessed him turn his boot into a machine gun as part of a goal celebration. We will always have that.

Following two-and-a-half years away from the game, news emerged that Ranger had signed for Barnet-based Sunday League Premier Division side AC United.

Ranger took to Twitter in October to dispel the rumours, emphasising that he was only playing with the outfit in order to get himself back to full match fitness.

It certainly says something about the striker’s career trajectory, however, that your mate can say strike up a conversation by saying, “You know Nile Ranger? He’s playing Sunday league in Barnet now,” and you will instantly believe them.

This year, it appears that an epiphany may have suddenly hit Ranger like a train; it is a year when the strangest occurrences seem to take place, after all.

At 29 years old, looking back on his rising-star status at St James’ Park, he will undoubtedly feel that he is well into the last chance saloon of his football career.

He should be, at the very least, a Championship player, but antics away from matchdays have left the chances of even playing in League Two again balancing on a knife-edge. In October, it was announced that the striker had signed for eighth-tier side Spalding United on a one-year deal.

Plenty of players have enjoyed successful late-career bursts from non-league (this is where I talk about Jamie Vardy, isn’t it?), but Ranger will need to discover a drive and focus that has always deserted him. Perhaps Spalding will be where he finally unearths it.