The stats behind Leeds United’s transformation under Marcelo Bielsa 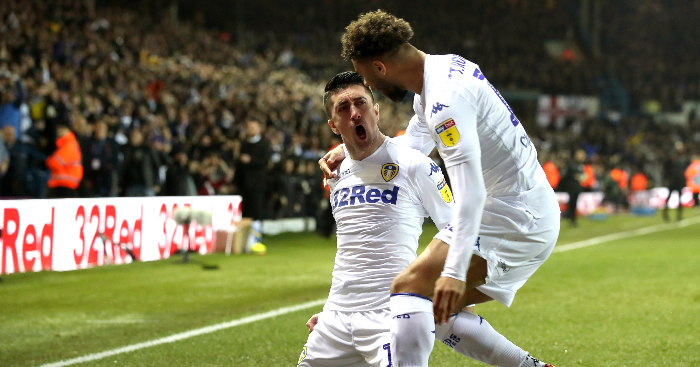 After finishing well adrift of the play-off positions last season, Leeds have undergone quite the transformation since the prestigious Argentinian coach took over in the summer.

Here are some of the cornerstones of their successful campaign.

On course for their best ever second-tier season

Having picked up 67 points from 35 games this season, Leeds are averaging 1.91 points per game.

That’s better than Leeds best return in the Championship since being relegated from the Premier League, 1.69 points per game. That season, they ended up with 78 points to qualify for the play-offs, coming fifth in the 2005-06 campaign.

With many of the same players, Leeds have already picked up seven more points than last season. They’ve also picked more points than eight of 11 second-tier seasons since dropping from the top flight in 2004.

It’s also marginally better than the 1.84 points per game that saw Leeds promoted as champions under Howard Wilkinson in the old division two. That 1989-90 campaign saw them go up with a total of 85 points.

63 points and 1.5 points per game were enough to see Leeds promoted with the legendary Albert Johanneson in 1964. But back then it was just two points for the win.

The most possession in the Championship

Leeds average 59.5% possession this season, which is the highest amount in the Championship. Brentford have the next-most with 56.1%, while Norwich, Derby and Swansea all average 54%.

Bielsa’s team have had as much as 73.8% possession this season, which they recorded in a Yorkshire derby against Rotherham back in August. Such figures are almost unprecedented at this level.

Not only that but they average the most shots in the Championship, which demonstrates there’s an end product too.

Pressing, high-energy football – and keeping it up

The tenacity and aggression with which Leeds have played this season are hallmarks of Bielsa’s football, as anyone that watched his Chile or Athletic Bilbao sides will attest.

Playing in such a way has led many to speculate that they’re due to suffer the infamous “Bielsa burnout”, and some suggested it was already underway as Leeds faltered through January and February.

However, Bielsa has been at pains to point out a lack of energy hasn’t been a problem:

"If you have a look at the figures, you can say that if there is a problem that this team doesn’t have, it is a lack of energy. We have problems, as all of the teams do. And it is not an opinion, because you just have to look at the figures and draw your own conclusions.”

The stats back him up in that regard.

Leeds top the charts for tackling with an average of 19.5 per game – a key signifier of the pressing demanded by Bielsa. Even in the 1-0 defeat to QPR in the week, widely regarded to be one of the low points of Leeds season, they made 24 tackles.

Few players encapsulate this more than Ezgjan Alioski. The Macedonian has played more minutes than any of his team-mates but he remains one of the most energetic players in the side.

In the 4-0 win over West Brom, he made nine tackles (the most of any player), six ball recoveries, and had 72 touches of the ball – the second-most on the pitch.

Not afraid to call on youth

Izzy Brown, who was brought on against QPR in the week, became the latest young player to make his Leeds debut under Marcelo Bielsa. The Chelsea loanee has only recently turned 22.

This has been a theme of the season, as Bielsa has constantly called upon the Under-23s and academy products to contribute this season.

Senior Leeds debuts given to players aged 21 or under by Marcelo Bielsa:

Huge belief in youth. Averaging an U22 debut every 3.1 matches👏 #LUFC pic.twitter.com/ce9CVSdgd1

At one point, Leeds were averaging an U22 debutant every three matches.

With an average age of 25.8 in the squad, Leeds have the 10th youngest squad in the division, but they do regularly call upon young players.

The twilight years of Pablo Hernandez

When Leeds signed Pablo Hernandez, originally on loan, from Qatari side Al-Arabi in 2016, few were expecting the Spaniard to match his best Valencia and Swansea years – especially not for three seasons.

But he’s gone on to become one of Leeds most consistently important and creative players.

This season Hernandez leads the Championship for chances created with 87 in total. That’s 12 more than the player with the next-most, Sheffield United’s Oliver Norwood.

He ties Brentford’s Said Benrahma for most assists in the division with 11. He also scored his eighth league goal of the season with a long-range effort, 16 seconds in against West Brom.