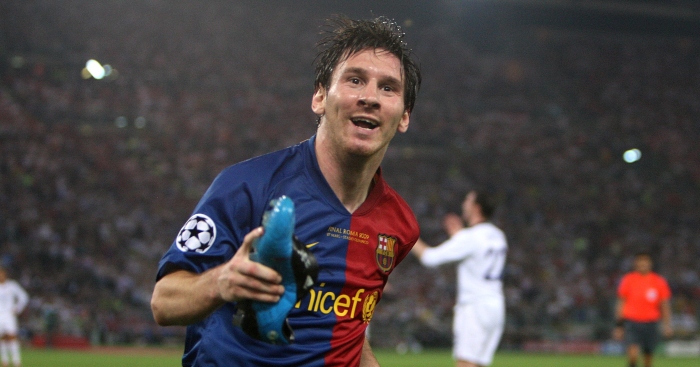 After spending nearly two decades at Barcelona, Lionel Messi could finally be heading to the Premier League this summer.

Messi submitted a formal transfer request at the Catalan giants and has been heavily linked with a move to Pep Guardiola’s Manchester City.

Despite winning six Ballon d’Ors in his career, some have suggested that the 33-year-old would struggle with the physical demands of English football.

We’ve taken a look at Messi’s record against the Premier League ‘big six’ over the last 15 years to see how he has fared.

As if there was any ever doubt 😉 pic.twitter.com/vqSgfNukyJ

As the stats show, Messi has excelled against English opposition in the Champions League, averaging a goal or assist every 90.6 minutes.

Arsenal fans should be particularly worried if he moves to the Premier League because the Gunners have the worst record of any English club against Messi.

He has also been a thorn in United’s side over the years, scoring in both of Barcelona’s Champions League final victories over the Red Devils.

The forward failed to score in his first 730 minutes against Chelsea, but struck three times in two games against them in 2017-18.

Messi averages a goal a game against Manchester City and scored twice in Barcelona’s 4-2 win over Tottenham at Wembley in October 2018.

He also got a brace against Liverpool in a 3-0 Champions League semi-final first leg win over Liverpool in May 2019, but the Reds completed a dramatic comeback in the second leg.