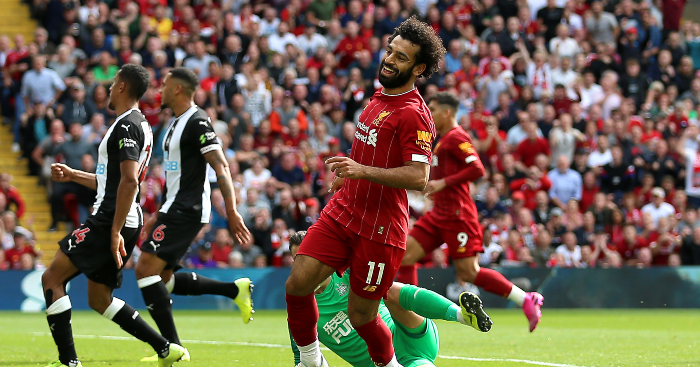 There have been some concerns about the form of Mohamed Salah this season, yet stats show this is actually the forward’s best start to a campaign – not just for Liverpool, but in his entire career.

Salah set the bar so high in his debut season at Anfield that any slight drop is picked upon by some members of the press and fans online.

We’ve taken a look at Salah’s record from the first 10 matches of 2019-20 campaign in the Premier League and Champions League (the Community Shield and UEFA Super Cup have been excluded) to show there is little to worry about for the Egypt international.

– His previous best for Liverpool at this stage of the campaign came in 2017-18, when he scored six goals but provided just one assist.

– Looking at his career outside of the Premier League, Salah’s best starts to campaigns came in his final season at Roma and his last year in Egypt with Al Mokawloon Al Arab, when he registered four goals and three assists both times.

– Not only is this Salah’s most productive start to a season, but it is also his most decisive. His six goals and three assists in 2019-20 have earned Liverpool seven points in the Premier League and Champions League, most notably with braces securing wins over Arsenal and RB Salzburg.

– In terms of points won, Salah’s next best term was again his debut Liverpool campaign, when his six goals and one assist made the Reds five points better off.