The stats that show Marcus Rashford’s huge improvement under Solskjaer 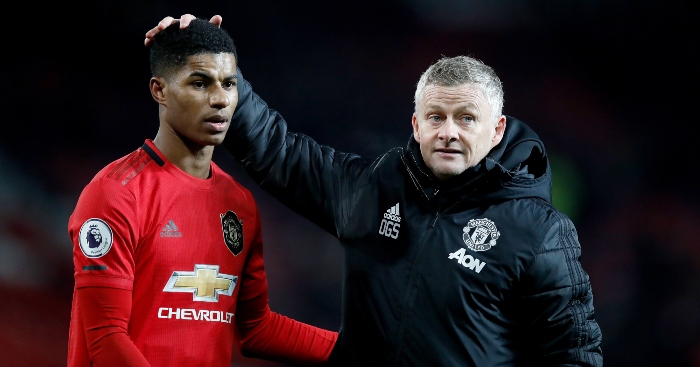 After being in and out of the Manchester United team under Jose Mourinho, Marcus Rashford has become an integral part of Ole Gunnar Solskjaer’s side.

Rashford was publicly criticised by Mourinho and struggled with inconsistency, but he is now one of the best players in the league.

We’ve compared the 22-year-old’s Premier League stats under Solskjaer to those he recorded under Mourinho at United to see where he has improved.

Marcus Rashford on destroying Trent Alexander Arnold last season: “I haven’t really spoken to him about it, I think he’s a bit sensitive” pic.twitter.com/9gpiM8NIxd

As the stats show, Rashford was often on the fringes under Mourinho but has played a much more prominent role under Solskjaer.

The forward also averages a goal or assist on a more regular basis under the Norwegian, and has already scored more goals in Solskjaer’s reign than he managed under Mourinho.