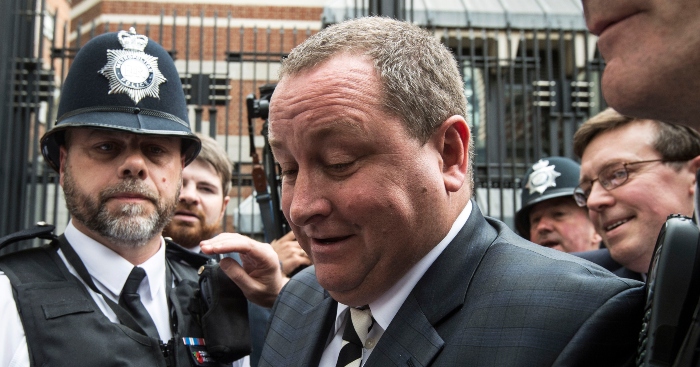 Mike Ashley could hardly be more unpopular with Newcastle United supporters following the departure of Rafa Benitez – and the bare stats help highlight why fans are so beleaguered with the owner.

Ashley took over the club in 2007, and fans have grown frustrated in a lack of investment in the team in the intervening years.

Reddit user JackAndrewThorne recently posted a graphic comparing Newcastle’s ‘achievements’ in the 12 years under Ashley’s ownership in comparison to the 12 years directly before his takeover.

– Newcastle finished in the top four on four separate occasions in the 12 years prior to Ashley’s takeover. In the 12 years since they only finished as high as fifth.

– As a result, Newcastle enjoyed 10 seasons playing in European competitions in those 12 years prior to Ashley’s takeover, compared to just one since.

– While Newcastle’s trophy drought continues, they at least reached two domestic finals before Ashley. Given they have since regularly been criticised for not taking cup competitions seriously, we probably don’t need to tell you they’re yet to reach a final under his ownership.

– Indeed, Newcastle have failed to go as far as the semi-final stage both domestically and in Europe, compared to five times in the 12 years prior to Ashley’s arrival.

– Looking at quarter-finals hardly helps Ashley’s cause. Newcastle have reached the last eight of a cup competition twice in Ashley’s tenure, compared to 15 times in the 12 years beforehand.

– The average Premier League finish prior to his takeover stood at 7th (7.08), whereas that stands closer to 13th (12.9) under his watch – and that’s without including the two seasons spent in the Championship.

– Ah yes, the Championship. Of course, Newcastle have been relegated twice with Ashley at the helm for 12 years. In the 12 years preceding his takeover, they were firmly established in the Premier League.