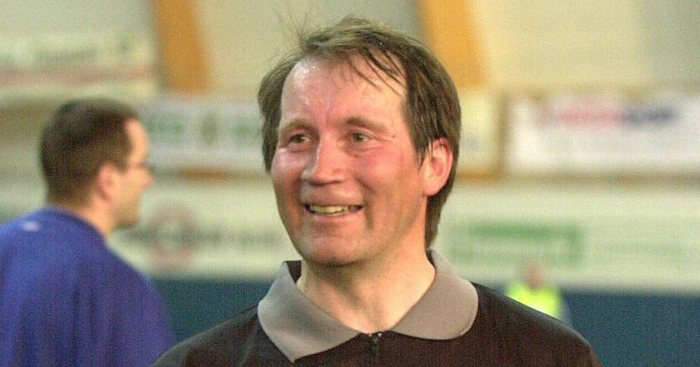 Warning: Some animals were harmed during the making of this article, most notably a sacrificial herring.

We’re bang into curses at Planet Football. Curses shouldn’t really be A Thing in football anymore. Modern football is a cold, hard, unforgiving industry, catapulted into the 21st century by technological, economical and physiological advances. Data is king and romance is dead.

But then the inexplicable still happens. Jamie Vardy fires Leicester City to the league title. Liverpool come from 3-0 down to win the Champions League. Lionel Messi plays like Lionel Messi.

Sometimes you just have to accept there is an element of The Other in football.

In 1962, Bela Guttman was sacked by Benfica having just led the club to back-to-back European Cup triumphs. After his request for a pay rise was rejected by the board, he let the club, vowing: “Not in a hundred years from now will Benfica ever be European champion.”

Don’t try and explain it. Guttman’s pulled their pants down, there, and we want more of it. We want more pissing in all four corners of a stadium to lift gypsy curses. We want more international sides visiting African witchdoctors to have 40-year-old hexes lifted. We want more Benfica defeats in European finals.

Benfica have lost both of their UEFA Youth League finals.

So you can imagine our delight when we recently stumbled across the story of a Sami shaman condemning Hammerfest to relegation from Norway’s third tier in 1999.

Hammerfest had actually started the season in good form ahead of their trip to local rivals Alta.

The two towns are situated to the very north of Norway, almost bordering Finland and north-west Russia in a region where the Northern Lights can often be seen. They are part of a region indigenous to Sami people, a group which has its own unique language and culture, including the belief in shamanism.

Despite their good form, Hammerfest were beaten 2-1 in the derby, and manager Terje Hansen went on to heavily criticise the performance of referee Nils Mikkel Sara in the local press.

Sara did take too kindly to the criticism and demanded an apology from Hansen. If an apology was not forthcoming, Sara warned the manager that he would “gande” (place a Sami curse) Hammerfest so they would lose the rest of their remaining fixtures.

Hansen was in equally bullish mood and promptly refused. Hammerfest had started the campaign in impressive fashion, the defeat represented a mere blemish on their form. Why should he apologise? Relegation was implausible.

‘The players started to believe it’

True to form, Hansen’s men continued playing well, but the results did not correlate with their performances. Matches were dominated, but they were ultimately lost.

“I had professional explanations of why we lost,” Hansen told Dagbladet in 2005. “I would not let the boys blame any foreign affairs. But as the season went on, it began to be difficult.”

As Hammerfest began to slide down the table, the initial explanation of bad luck no longer became plausible.

“It became a big problem for us,” Hansen said. “The players started to believe it.”

Eventually, the boss conceded it may not have been such an empty threat from Sara, although he still refused to apologise. Instead, he consulted some old locals, who suggested he may be able to lift the curse by killing a herring at a sacrificial stone.

“I had received tips from a seafarer that it could help, but we still did not win matches. Several from the supporters club also tried various rituals to lift their minds, but nothing helped.”

The manager, the players, the fans nor the recently-deceased herring could arrest Hammerfest’s descent, and they were ultimately relegated at the end of the season.

At the time Dagbladet published their article, Sara was still an active referee. The Norwegian outlet even spoke to the official, and he showed little remorse for his actions.

“I won’t curse a team for a whole season again,” he said. “But maybe for a match or two, who knows?”

Seven of the strangest roles in football: Witchdoctors, baristas & chaplains