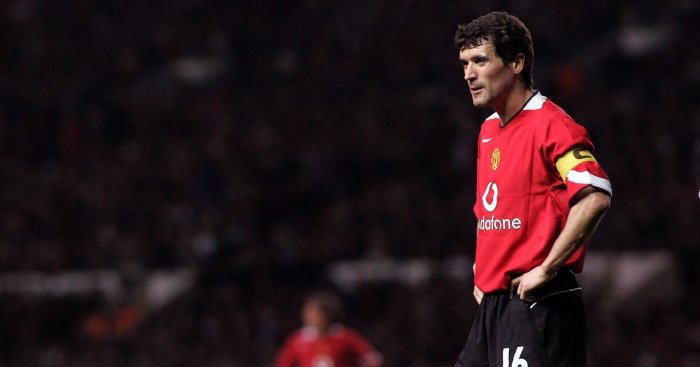 Manchester United face an uphill task to qualify for the Champions League semi-finals after being beaten 1-0 by Barcelona at Old Trafford in the first leg of their quarter-final.

Despite missing a host of injured players, United managed to contain Barca for the most part, but they failed to find an equaliser after Luke Shaw deflected Luis Suarez’s header past David de Gea early on.

We’ve taken a look back at the three previous times the Red Devils have lost 1-0 in the first leg of a Champions League knockout tie to see if they successfully managed to make a comeback or not.

Let’s just take a look to admire the names in the Milan side which lined up at Old Trafford for the first leg: Dida, Cafu, Nesta, Maldini, Kaladze, Gattuso, Pirlo, Seedorf, Rui Costa, Kaka, Crespo.

The Italians looked unsurprisingly comfortable against a United side still in the process of being rebuilt by Sir Alex Ferguson, yet it took until 78 minutes and a Roy Carroll error before Hernan Crespo bagged the only goal of the game.

Ruud van Nistelrooy made his return from injury off the bench in the first leg and was restored to the starting XI at the San Siro as Fergie named an attacking line-up, but the Dutchman squandered too good opportunities and Crespo yet again scored the only goal with a superb header as Milan claimed another 1-0 victory to progress.

“If you look at the two games we had six good chances and we didn’t take any of them,” Ferguson said afterwards. “The margins at this level are very fine and that is what has decided the tie overall. I’m disappointed to go out but we’ve gone out to a very good team.”

The United boss, magnanimous in defeat, added: “Cafu’s performance was important – he must have two hearts the way he keeps going. And if (Paolo) Maldini carries on for another four or five years I think I will quit.

“We play a lot of European teams on their own grounds and have to tolerate a lot of histrionics. We didn’t get any of that from Milan. They conducted themselves in an impeccable manner.

“That is what makes them a little bit special. They can definitely win the Champions League this season.”

Milan very nearly did win the Champions League that season. Unfortunately for United, their great rivals Liverpool had other ideas.

“In football, familiarity breeds not so much contempt as a wary mutual respect,” wrote David Lacey in his match report for The Guardian.

“If the three Champions League encounters United had had with Bayern two seasons ago, the last in the final at Nou Camp, should have taught Ferguson’s team anything it was to expect the unexpected while taking nothing for granted.”

Indeed, despite United looking dangerous in the first leg at Old Trafford, Bayern snatched victory in the last 10 minutes through substitute Paulo Sergio, only minutes after Thomas Linke had warned the hosts by hitting the bar.

And United unravelled in the second leg as Bayern struck twice in the first half through Giovane Elber and Mehmet Scholl as Ryan Giggs’ second-half goal proved too little too late.

The first time United had reached the semi-final stage of the tournament under Ferguson, they were considered favourites against Dortmund and almost took the lead, only for Nicky Butt to hit the post when played in on goal.

But they came undone in Germany as Rene Tretyok scored the only goal of the game 14 minutes from full-time with a deflected effort from 25 yards.

United had a host of big chances to overturn the deficit in the second leg but were wasteful in front of goal as Dortmund came away from Old Trafford with another 1-0 victory thanks to Lars Ricken, paving the way for Paul Lambert to upstage Zinedine Zidane as the German outfit beat Juventus in the final. 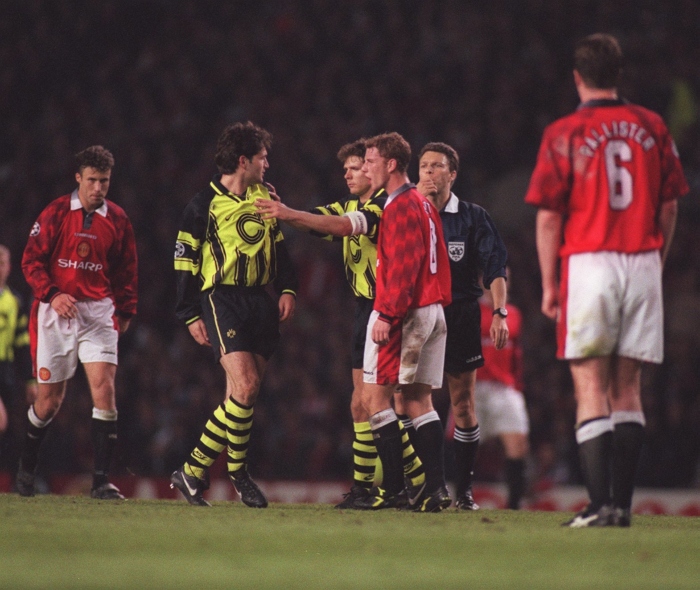