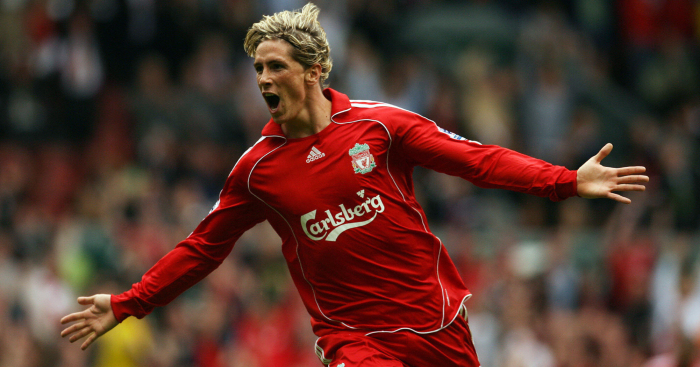 Much is expected of Liverpool this season after an eye-catching transfer window – but how have they fared when that has been the case in the past?

Liverpool spent more than any other Premier League club over the summer, with the likes of Allisson Becker, Fabinho and Naby Keita all arriving for big fees.

We’ve taken a look at the previous two occasions the Reds have splashed more cash than any other side in the division to see how it worked out.

The previous campaign had been a particularly tough one for Liverpool supporters to stomach as Manchester United claimed the Treble while the Merseysiders finished seventh.

Roy Evans’ brief spell as co-manager alongside Gerard Houllier had ended in the November, leaving the Frenchman to take sole control.

And in his first summer as manager in his own right, Liverpool backed Houllier to make a number of astute signings, most notably Hyppiä, Henchoz, Hamann, Šmicer and Heskey.

A poor start to the season, however, left Liverpool in 12th place by the end of September, having been beaten at Anfield by newly-promoted Watford and fierce rivals Manchester United and Everton.

While their league form improved, disappointing defeats by Southampton and Blackburn ended their hopes in the League Cup and FA Cup respectively.

With only the top three qualifying for the Champions League at the time, the Reds had moved into third by February and were even second with only five games remaining, albeit with little chance of catching runaway leaders United.

Houllier’s men failed to win any of their remaining five matches, however, losing to Chelsea, Leicester and relegation-threatened Bradford as they finished fourth, settling for a place in the UEFA Cup.

Hindsight does at least show this was the first season in which Houllier began to shape a squad which he passed on to Rafa Benitez and would ultimately win the Champions League.

The following campaign was also much more of a success, as the Reds went on to win the FA, League and UEFA Cups.

2006-07 had ended with Liverpool third in the Premier League, 21 points behind winners Manchester United, and runners-up in the Champions League final.

Chelsea had been the league’s biggest spenders for the past four years but Liverpool showed plenty of ambition, most notably with the signing of Fernando Torres from Atletico Madrid,

Yossi Benayoun and Lucas Leiva would go on to become fan favourites, although many of the other signings were all too forgettable.

Come September, Torres had already proved his class and the Reds sat top of the league for the first time under Benitez.

Liverpool would in fact enter December unbeaten in the league, only to suffer back-to-back defeats to Reading and Manchester United.

To their credit, Liverpool won 11 of their remaining 15 fixtures, losing just once, again to Sir Alex Ferguson’s side, but the damage had been done and they finished fourth.

This period was also the height of their rivalry with Chelsea, and the Blues were victors between the two sides in their Champions League semi-final.

Chelsea also knocked the Merseysiders out of the League Cup, while they suffered a shock FA Cup defeat to Barnsley at Anfield.

READ: How Liverpool v Chelsea became one of the fiercest rivalries of the 00s